Found this article from HBR about what got people out of the 2007 recession, makes interesting reading. Let's not make the same mistakes people made last time.

Building High Performance Team to Come Out of Recession

Sir Clive Woodward, had a track record for building high performance teams.  While he has played Rugby, he was a "surprise appointment" to become the England Rugby Manager. Especially, in the run up to the Rugby World Cup in 2003.  Which England went on to win.

Clive's "secret", which if you ever get a chance to see him present, then you should, is about a management methodology.

He is also realises that to have a high performance team and have competitive advantage, you need to embrace new ways of working.

He tells the story of how he had to spend the day at Arsenal (he's a Chelsea fan) with the then manager, Arsene Wenger.  What he was demonstrated there, was a new way to see his players and the competition on the pitch.  In those days it was done with cameras built into the stadium, now it's done with GPS trackers on the players shirts.  Clive knows that to have a high performance team, in leadership and sales having the talent isn't enough. You have to, today, embrace new technologies.

High Performance Does Not Come From Processes From The Past

Woodward was a master at building high performance teams.  He knew that high performance, didn't come from the process of the past, they came from embracing the future. However uncomfortable that is for the players and the managers.  He gave all his Rugby players, laptops, some of them didn't even know how to switch them on, but they mastered it.

He also knew that if the skills were not in the team, there was no way the skills would be built by the team.  As Rugby player that does not know how to switch on a laptop, isn't going to give laptop courses.  We see that with sales people blindly posting content and getting no engagement.  They have no idea why they should do this and are in fact causing their company and brand more damage than good.  If you need new skills, you have to bring them in from outside your business.

Woodward knew a high performance team wasn't just built on talent, it was built on people he called "sponges".  The opposite people he called "rocks".  Sponges want knowledge, they want to try new things and want new ways of doing things.

Nowadays, it's called open mindset and fixed mindset, check out the book "Mindset" by Carol Dweck.  Your Sales team must be made of sponges otherwise you are not going to get to the other side of the recession that his about to hit us.

So How Are You Going to Survive a Downturn?

There is a famous saying "what go you here, won't get you there".

While other analogue managers are going to stick with what they did in their 30s.  "It was good for me then, so it can be good for me now".  We so often hear.

Covid19 has accelerated the need to move to digital and social.

You know as well as I do that you and your team need to be fitter and stronger and have embraced digital and social by the time we get out of this crisis.  This is your moment to lead.

A friend of mine, Nikki Finucan, just left this comment on one of my blogs

"This is the evolution moment. If leadership believe they have a chance to begin the evolution, however in moments of panic we stick to what we know and what is comfortable. This is the opportunity to move out of the comfort zones, get weird, be different, change... In my online yoga class this morning, the instructor made a comment that stuck in my head... Transformation is taking something that already exists and making it even more beautiful. So my question is from a Social perspective what are they already doing (whether it works or not right now) that can be moved to being more beautiful? "

In case you are required to justify getting people into support your social selling program, here is a business case to help you.

Here at DLA Ignite, we are not pivoting, we have been transforming companies to use social and digital for four years.  We have the track record, we also know what when we run our social selling programs the results are repeatable and predictable.  In fact, we have done this so many times that we are a low risk option.

If you want to get out of this mess, maybe it’s time to talk to us.

Great leaders know that how they fight a war often decides whether they will win the peace. Yet as CEOs continue to combat the myriad challenges thrown up by the Great Recession of 2007, they are increasingly unsure about what strategic approaches to deploy. Many worry that the 27-month slowdown is far from over in the United States. Others feel that although a recovery may have begun, it could prove to be short-lived, and they would do well to brace for a double-dip recession. Almost all business leaders reluctantly admit that the current crisis also marks an inflection point: The world after it is unlikely to resemble the one before it. 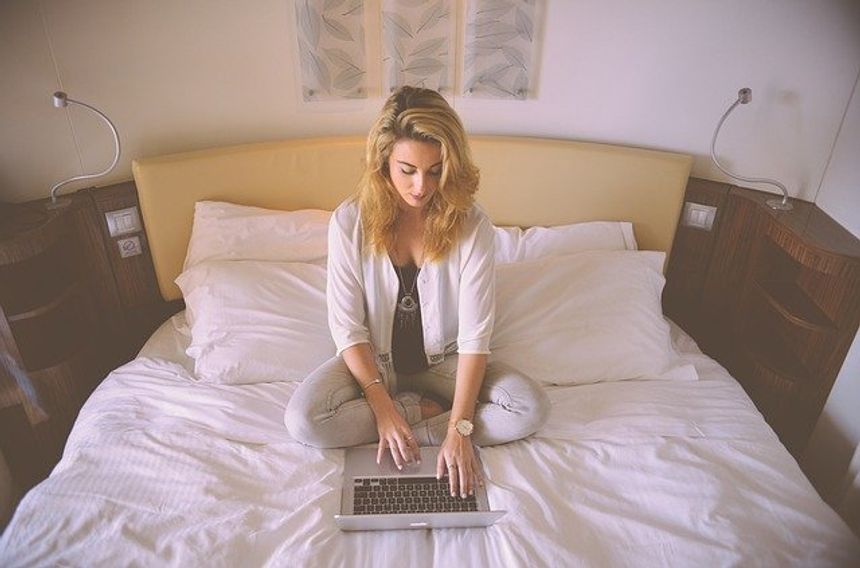 .@HarvardBiz did a helpful study https://t.co/11zdh5lvzJ after the Great Recession. What did the companies that thrived do differently? They didn’t focus on licking their wounds. They adopted an entrepreneurial mindset and used the recession to spark innovation.

Surprised and intrigued by the results of this HBR study of 4700 public companies: "Firms that cut costs faster and deeper than rivals don’t necessarily flourish. They have the lowest probability of pulling ahead of the competition when times get better" https://t.co/80lgb1mPj7

Want to come 'Roaring' out of the upcoming recession?

Read this article from the Harvard Business Review, swap out 'Great Recession of 2007' for 'Post-Coronavirus Recession of 2020' and consider your strategic options: https://t.co/JI7u1cwfga#strategy #recession #business pic.twitter.com/L0eCa0tylK

"agility, even as leaders hold[s] the course toward long-term growth and profitability"https://t.co/1h50dABTil

Lots of good tips from an old but relevant article via Harvard Business Review @HarvardBiz - Recovering from a Recession https://t.co/S8dxThT94D pic.twitter.com/rLY93KC28S