One of the things you learn is - there is one constant, change.

Somebody said to me recently "big tech is too arrogant to to transform their sales" but is that true?

"According to Bain & Co, in its inaugural global Technology Report, “In 1999, the list of the 15 highest-valued technology companies worldwide was populated by mainframe legacy companies such as IBM; enterprise resource planning (ERP) darlings such as Oracle; and the winners of the PC/workgroup computing phenomenon: Microsoft, Intel, Cisco, Dell, and HP.”

Within ten years half of the list had been replaced as companies such as Google, Apple, Qualcomm, and Samsung became ascendant. German software maker SAP also benefited from consolidation in the ERP markets.

According to the report, “By 2019, 40 percent of the top 15 had turned over again. The newcomers illustrate the importance of social media (Facebook) and the growing influence of China (Tencent, Alibaba). But the decade’s most transformative trend was the massive global success of Cloud technology. It enabled the growth of other newcomers to the list (Amazon, Netflix, Adobe), and stalwarts from 2009 (Microsoft, Apple, Alphabet) rode the wave to massive valuations ten years later.”

Only four companies from the 1999 leadership board remain: Microsoft, Intel, Cisco, and Oracle."

When I was at a big tech company they spent at least $30 Billion (yes Billion) on becoming a cloud company, only to have the rug pulled from under them by (MAGs) , Microsoft Azure, Amazon AWS and Google.

But surely high-tech is used to transformation?

The answer is no. 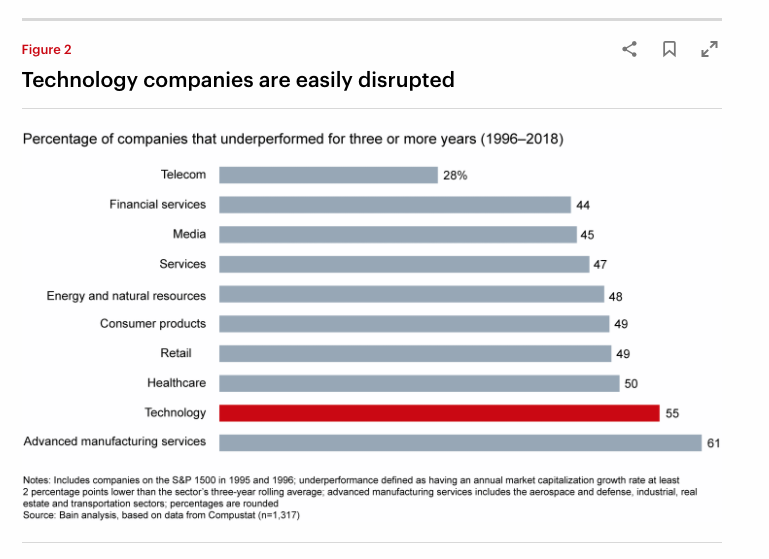 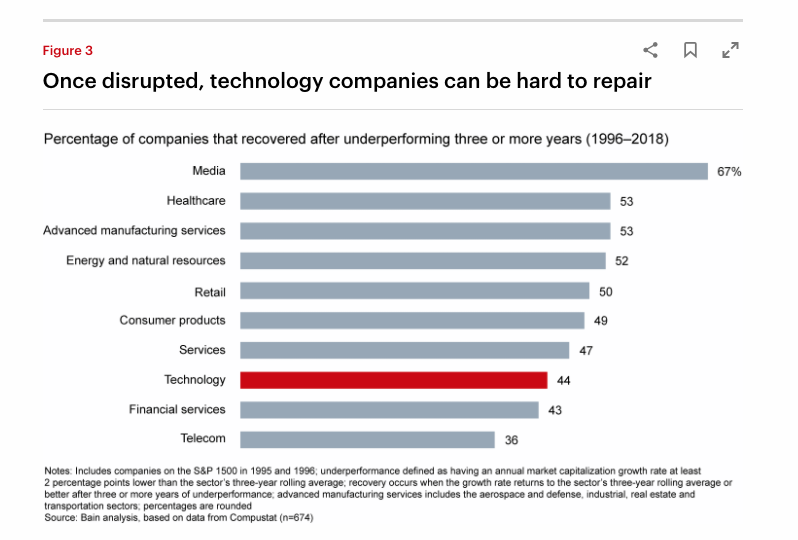 Back to the Bain research "Even more striking, the data shows that once a technology company trails its sector for three years or more, its chances of turning things around are very low, indeed" 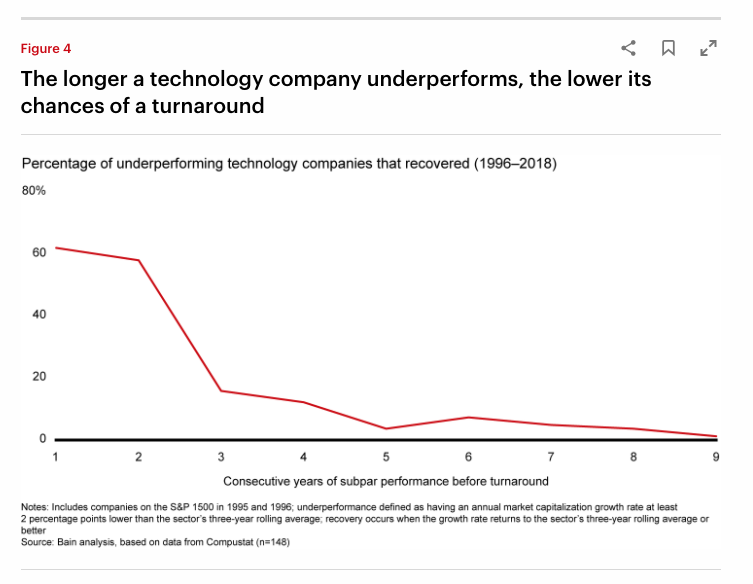 As Bain say "Technology CEOs understand these challenges well, but that doesn’t make them any less daunting. So, how do leading technology companies create value and—just as important—maintain it? The keys are getting the most out of their core businesses and being willing to evolve, even when it’s painful in the short term."

How do I sell to BP?

Does large tech give their people the tools to work today?

One of my friends, works at a large US tech company contacted me and ask me "I've been given BP, (British Petroleum) as a prospect, what do I do?"

He has no contacts there, there is no installed base, in fact the company uses their arch enemies system.  In 2021, how does a sales person build relationships, have conversations, build trust at a B2B (business-to-business) enterprise level?  How do they create desire, find compelling reasons, get people to understand, own and feel pain and ultimately, how do you sell something?  Oh, let's not forget, this needs to be done at C-Level.

The problem is, the only solution this person has is picking up the phone and cold calling.  In summary, we have a high-tech (leading edge) company leaving it's salespeople to use 40 year old, outmoded technology (cold calling) to sell.

It is attitudes like this that will see a business out sold.

There is another story (click on link of blog) of how a big tech company has invested in "intent data" but have not invested in explaining to sales people what they are supposed to do with it.

In both cases, the answer is social selling, virtual selling, digital selling, remote selling or whatever you call it.  Here at DLA Ignite, we can take you through a number of case studies where we have built relationships and had conversations in B2B Enterprise at scale and fast.

Either way, if you are looking to dominate in accounts and sell $ Million plus deals which big tech is, why is this not sales methodology du jour?

The failure of big tech to transform their sales

The problem with Big tech is it's arrogance.  We went to one big-tech company and they told us they had a global social selling team. All they were doing was spamming people with brochures, with inmails.  This isn't social selling, it's cold calling on a social platform.  In fact, social selling doses not use inmails.

Let me say that again, if you are using inmails to sell, this isn't social selling, its spam.

We were approached by one big tech company to write the profiles of its sales people.  I pointed out, while turning the business down that this wasn't social selling.  Strangely the central social selling team even admitted that this won't make any impact on the business, but still wanted to push ahead with a failed policy.  Pushing ahead with failed policies is actually pretty common from our experience.

I have lots more big tech failure stories, but there isn't room.

What is it that big tech does not understand?

We have seen shifting buyer work as everybody is online, in this October (2020) report by Simon Kemp outlines the extent that social media has become part of our lives. 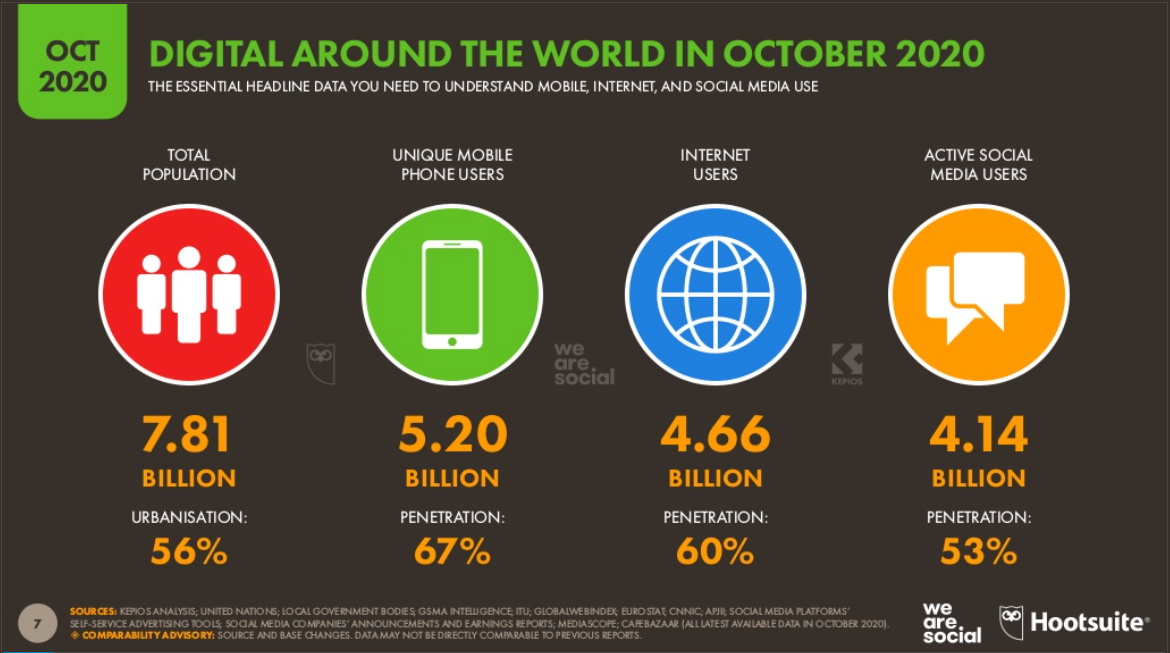 Simon says that "two thirds of the working population in the world is now active on social media."  This obviously now has to impact on the way that sales people work as their territory is online.  But I guess, this is just one report, what does everybody else say?

Research From All These Companies Back This up

I guess the Hubspot report could be a one off, if you are looking for more research to back up your strategy, try these ....

Mckinsey, Gartner, Hootsuite and We Are Social, Hubspot, Google, MIT, Trustradius and  Twilio ....

This is also driving Gartner's third point in their recent CSO research for Q4 2020 which is "increased customer expectations of digital learning and buying channels."

The research is overwhelming that buyers are online, big tech think that sticking plasters will not make this problem go away. It won't and covid 19 pandemic has accelerated this.

So What Can Big Tech Do?

Most big tech have implemented employee advocacy, but they have done this in an "old tech" way.  The old way of marketing was that you interrupted somebody and you told them about your company, it's often called broadcast or push marketing.  Big tech treat social media as if its push.  Employees are given corporate content to distribute, which is course, pretty useless in the modern socially empowered world.

In this case study, Danielle Guzman, talks about how Mercer, empower their employees to talk on social.  The ROI (return on investment)?  Danielle explains how Mercer as a brand will develop the business a certain amount of business, because they are well known in certain markets.  She also confirms in this video how empowering people on social and giving them personal brands gives Mercer 4 times more revenue than the brand.

This is Eric, he's one of the team at DLA Ignite here is a post that he put up, it only took him 10 minutes to create.  We have all seen posts like this, we see them everyday, but people treat social tactically.  You post, because you think you have to or somebody tells you you should and walk away.  Let's talk about this post. 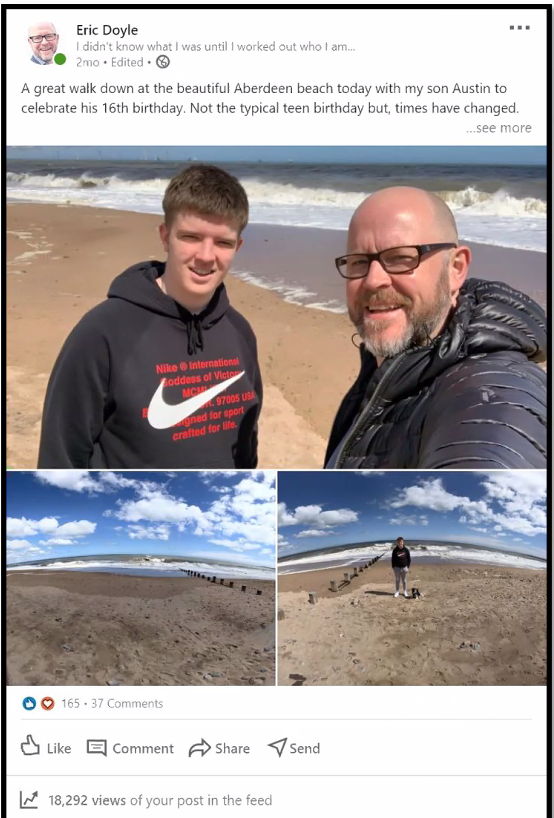 But better still, he got 6 - C-Level meetings from this post?  How?

Because, all of Eric's post are strategic.  He knows exactly why he is posting it and knows how to monetise it.

He doesn't always post "humanised" content, I'm using this as an example.  But an example of why you need to get your employees and sales team on social, just think of the $ impact to your business.  Especially if you scaled this across your business.

Want to see what Eric posts, it's all here on Linkedin, nothing to hide.

How does Eric do this?  He builds relationships with prospects and customers and because they have a relationship with a human, not a brand, people are happy to engage.  Eric is also able to cut through the myrmid of noise that brands keep putting out.  If you are a buyer, where will you spend your time?  Reading an advert that says "buy my product because it's great" or look for the insight and educational content that people like Eric is putting out?

Another example, is the Microsoft Azure sales team actively use this as part of their sales strategy on accounts.  They find "changemakers" who will take this insight and share within their businesses.  This is how businesses are actively engaging with and influencing business and sales.

A CEO Just Said to Me

"there is a race on.  First we need to shock people into understanding that the world has changed.  Second, we need to give them the skills to work in the changing world."

According to Bain & Co, in its inaugural global Technology Report, “In 1999, the list of the 15 highest-valued technology companies worldwide was populated by mainframe legacy companies such as IBM; enterprise resource planning (ERP) darlings such as Oracle; and the winners of the PC/workgroup computing phenomenon: Microsoft, Intel, Cisco, Dell, and HP.” Within ten years half of the list had been replaced as companies such as Google, Apple, Qualcomm, and Samsung became ascendant. German software maker SAP also benefitted from consolidation in the ERP markets. According to the report, “By 2019, 40 per cent of the top 15 had turned over again. The newcomers illustrate the importance of social media (Facebook) and the growing influence of China (Tencent, Alibaba). But the decade’s most transformative trend was the massive global success of Cloud technology. It enabled the growth of other newcomers to the list (Amazon, Netflix, Adobe), and stalwarts from 2009 (Microsoft, Apple, Alphabet) rode the wave to massive valuations ten years later.” 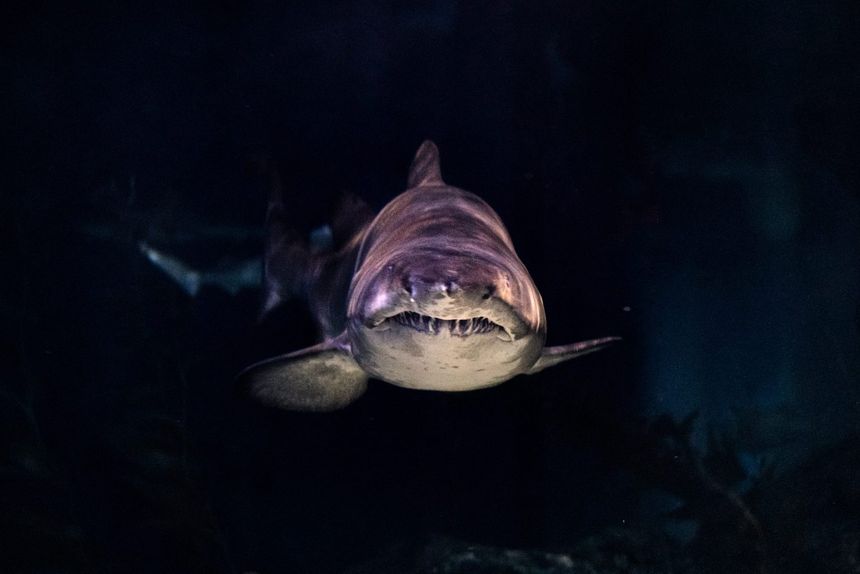