In February of this year a mate of mine what for a job interview and got through to the final round and the SVP of sales said to him "of course, we expect all our staff to be in the office, when they are not on client sites".  To get to the office for my friend was a 6 hour round trip in the car.  My friend suggested that maybe the company instigate a policy to allow working from home, the SVP said "never".

Fast forward to this week, a mate of mine posted a rant on facebook about the lack of people using face coverings on public transport. I asked him why he was travelling on public transport. To a meeting, he said.  Why? I asked. Surely you can sit at home, on Zoom and have meetings without being coughed and sneezed on?

We have seen a complete 180 degree change in the way we do business.

There has also been a massive transformation in society.  While many of us worked from home and purchased online, we were the minority.  Now everybody is online and used to shopping online.

We were told in March, just before lock down that some things just couldn't be moved online.  Church, Scouts, seeing a doctor, piano lessons, even my partner's tap dancing lessons all had to take place in person.  They now all take place online.

This change in society, reflects the change in business. I remember when I suggested that we run out first Board meeting on Zoom, it was seen as radical.  Now all Board meetings are on Zoom.

So What Are The 3 Things Leader Need to Understand?

Just before lock down I was lucky enough to see Sir Clive Woodward speak.  If you don't know, Clive has a track record for building high performance teams.  While he has played Rugby, he was a "surprise appointment" to become the England Rugby Manager. Especially, in the run up to the Rugby World Cup in 2003.  Which England went on to win.

Woodward knows a high performance team wasn't just built on talent, it was built on people he called "sponges".  The opposite people he called "rocks".  Sponges want knowledge, they want to try new things and want new ways of doing things.

Nowadays, it's called open mindset and fixed mindset, check out the book "Mindset" by Carol Dweck.  Your Sales team must be made of sponges otherwise you are not going to get to the other side of the recession that is about to hit us.

2. Being a Visible Leader

I've just listened to an interview with Sarah Walker-Smith - CEO Shakespeare Martineau by Michelle Cravill on her Leadership podcast, you can hear the interview here

"So you've got to bring your whole self into the job even more so now than you did. And I think social media gives me the chance to be even more authentic."

She goes on to say "social media really does allow me to be all of me the job and to allow some of that individuality personality, et cetera, come into it as well. I think you can be better understood and understand others. And this is really important."

"So probably going to say something quite controversial here, but this is me. I think those leaders need to ask themselves if they're still really doing the right job, quite frankly."

Yesterday I did a short (12 min) video on what I do when I prospect and stuck it on our internal "Training" channel on Slack.  It's a channel where we post training materials.

A colleague said to me today "How many other CEOs post short videos of what they do in the day and share hints and tips?"  I don't know, but it's amazing that CEOs don't want to share and engage with their teams.  If I cannot see you in an office, then I want to talk with you somehow.  By the way this is NOT a stuffy corporate video created by a PR team, nobody wants that!

3. The Power of Diversity

When, Adam, Alex and I started the business 4 years ago, it was an amazing experience.  But 4 years on, what I love is the diversity of experiences and diversity of views.

As a leader today you have to understand that all this stuff about "brand" that Marketing tell you is twaddle and a total waste of money.  Why?

The “problem” that companies have today is that they position their company as “buy my products because they are great”.

This is fundamentally flawed because everybody, including their competitors, say exactly the same.  We know this from our own experiences.  You don't have a brand however much you spend, because you are the same as everybody else.

BMW is "sheer driving pleasure", Audi is "Vorsprung Durch Technik", at the end of the day, they are just metal boxes on wheels.  I spoke to somebody yesterday who drove a Mercedes Benz and she said "I purchased it as it looks good and gets me from A to B".

If you are reading this and you are thinking "I love BMW" that isn't the brand you love, it is your belief system, they are totally different things. I doubt you have the budget right now to influence of change everybodies belief system.

A sales guy said to me the other week "if only we could tell people how great our product is, if only people would sit still and listen to how get it is, we would sell so much".  They won't, know has the time and nobody cares.

Interviewing Matt Edmundson, yesterday for my podcast he made a comment that in Liverpool where he lives that if they build a block of flats they are called them "deluxe". But now all flats are called "deluxe", there is no differentiation, and it's all just words and totally meaningless.

Your only unique selling point (USP) are your people.

Each employee has different beliefs, different experiences, a different network .... this is where the power of your business is.  The more diverse you can make this, the more powerful it is.

The rest of 2020 is going to be a challenge.  People are going to get laid off, many, many, talented people.  The business environment is hard. In a previous recession I was given the advice "you have to peddle faster in a recession" and it's true!

Covid_19 is forcing us to make changes, to ourselves, to our business lives and to the way we run our business.

We know things have to change and many of these changes can from inside, we also need to change some of the fundamental in the way we have worked over the last 30 years.

You and I know that ...... the leaders are now stepping up to make those changes to their business.

Now, with Covid-19, we have a taste of what VUCA — volatility, uncertainty, complexity and ambiguity — really means and what’s in store in our future. 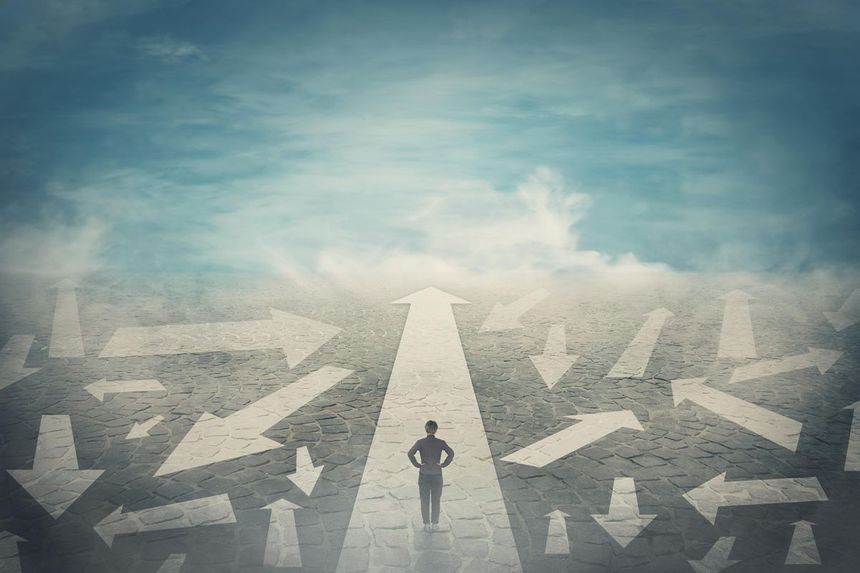