Social media has been accelerating in its use for many years. I started on Twitter 11 years ago and social media was seen as "interesting".  My manager had said the whole of the team should get onto it, only I did and that was after 6 months of him nagging.

The social media started changing the world, the arab spring, ALS challenge and Barack Obama first election was all driven by social media.

None of that surprises you, expect the Arab Spring was in 2011, 9 years ago.  The ALS challenge was in 2014 and Barack was became president for the first time in 2009.

I wrote this article back in 2016 "How to use Twitter to get 10 C-Level Appointments Per Week — A Case Study" this is based on a friend of mine that was getting 10 C-Level meetings a week with social selling. I'm told getting 10 C-Level meetings back then was difficult with cold calling, now I'm told it's impossible.  But still people seem to either disbelief that social media "works" or ask us "where are the case studies?"

Adam Gray and I started DLA Ignite 4 years ago and have been transforming sales organizations to become self-sufficient in using social to prospect, to accelerate deals through the pipe and to close business with social.  We have many case studies by the way, there is one here and one here just as a starter.

We were told that social media was a fad. We were even told by a Social Media Manager of a large teleco that the reason he only had 350 followers on Twitter, (ie, even though he was a social media manager, he was crap on social media) was that he was waiting for the next thing.

Slowly, but slowly the usage of social media has built.

My favourite quote of all time is Mahatma Gandhi

Then There Was Covid19

Lenin said — 'There are decades where nothing happens; and there are weeks where decades happen.'

Lock down as accelerated so many things, whereas once we were told things HAD to happen face-to-face, all of a sudden it was not the case.

Church, scouts, piano lessons, choir practice, tap dancing lessons, visiting the doctor all of these things we were told had to take place face-to face. I remember a senior church figure in the UK telling everybody that while the Government had told everybody to stay at home the churches would remain open.  He soon had to backtrack.

A friend of mine went for a job interview to be a sales VP in February and was told that all employees had to be in the office.  Which for him was a 6 hour round trip drive.  He asked "surly people can work from home" and he was told "never".

The New Normal is Digital

So when Stéphanie Genin, vice president of global enterprise marketing at social media management firm Hootsuite said this, I wasn't surprised, are you?

“After weeks of adapting to Zoom parties, video appointments with doctors, online schooling, social distancing and tapping into social media for virtually everything, will people be happy to go back to their old ways of working and engaging with each other?”

she then goes on to ask.

“The answer will be no. Social media has been holding communities together and organisations will need to assess how to manage the new normal.”

We are Comfortable With being Online and So Are Your Buyers

This has a massive impact for social media in the way it's used by all of us.  In the past social media was seen as a tactic. You posted something on social, nothing happened, which just proved it didn't work.

Covid19 has caused a massive switch.

The research backs this up, the latest from Simon Kemp states

"Put simply, this means that more people now use social media than do not."

This is a business tipping point ..... we know that usage of social media is going to increase and increase, but Simon makes a number of interesting observations.

"people are also increasingly turning to social platforms when they want to learn more about products and services that they want to buy.

Globally, social networks are now the second most popular destination for internet users looking for information about brands, with only search engines used by a greater number of people.

He goes onto say

Social media is not just another channel to place your "interruption" content.  Social Media is different.  Let's put this another way.

We ask people, so your cold call, your spam email, your advert, your brochure, your website, your brand awareness ...... does this sell anything.  Everybody answers "of course not, conversations are what sell things".

You want pipeline to fill that massive hole you have in September, October and November of this year, the answer is very simple.  Advertising, email and cold calling won't fill it ...... social selling will.

We know that social media is now not a destination, it's where you clients are and they like spending time there.

We know people don't like interruptions and we like being social and we know that conversations create sales.

We know that people have been selling on social for over 4 years now, we know this isn't new.  We know there are companies like DLA Ignite, who have been doing this for years and have research to back up their methodologies.  We know, if you "do this" and "do this" then you will make sales.  No witchcraft, no "hope" and not because a "guru" says so, we can show you data. Here's a link to an article where we explain some of this.

How about if we activated and empowered your sales people (first as a quick win) and then your employees to form relationships on social media. To create conversations .... that turn to sales.

How About If We Sort Your Pipeline?

Wouldn't it be better if we sorted that pipeline hole you are facing this year?

If you want to talk about this contact me here

Given the broadening role of social media in people’s lives, it’s important that marketers and communicators think more broadly about where social media fits in their plans. Critically, social media is increasingly a ‘layer’ that permeates almost every aspect of our audiences’ daily lives, rather than being a distinct ‘destination’ with a more siloed sphere of influence. The trick to making the most of social media today is to understand how these platforms can complement and augment all of our marketing and communication activities. My advice would be to think less about populating a content calendar, and focus more on identifying and initiating the conversations that matter most to you and the audiences that you care about. 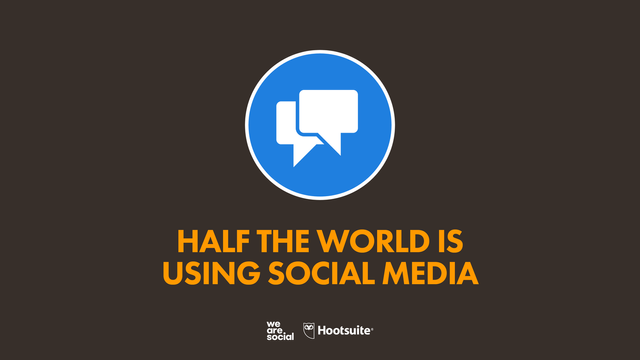 Can social selling help me sell, if everybody is on vacation?
Tim Hughes

Can social selling help me if we are not market leader?
Tim Hughes

Do my SDRs need to become hybrid?
Tim Hughes

As Legacy Retail Clamours Towards 'Digital' Are They Already Late to The eCommerce Party?
Stephen Sumner

"If I had $1 to invest in digital"
Stephen Sumner

Debenhams is Breathing New Life into The High St - But Not How You Might Think!
Stephen Sumner

Does digital transformation apply to my company and how will it help..?
eric doyle

How can I train my team in Social Selling when some of them don't do Social Media?
eric doyle
repost  cancel