We have all been in the situation where we buy something and it does not work and you want a replacement and you cannot find a telephone number or an email.  It's like the company sells you something and then goes into hiding.

Or I was cold called by Virgin Media the other day and they put the phone down on me.  Or a friend of mine, the other week, was spammed by an agent from American Express.

In all cases the first place we turn is ..... social media.

Social Media is siloed in companies, in sales, in marketing, in procurement, in finance and in customer service.  In fact it's used tactically across the business but that's another blog for another day.

It's reports like this which demonstrate that companies are still not realising the power from a customer and brand point of view.

I was at an event recently where there was a person from the drug company GSK and they said they couldn't use social media because they are regulated.  I pointed out that I could still go online and try and destroy their brand and he insisted that he was regulated and metaphorically put his fingers in his ears and went "la la la la la la la".

I went on a Twitter course 5 years ago and 25% of the course attendees admitted to be anti-capitalists and they were going to use social media to bring capitalism down, by targeting companies.

Now they know that, I know that, your employees know this, it's time that companies faced the facts and did something about it.  Not just protecting their brand, but by providing great joined up customer service by using social.

It's time to take social strategically.

Dealing with customer service is often an exercise in frustration. It is easy to blame customer-facing employees for communication breakdowns or companies for poor service agent training, but the reality is more complex, according to a global study we commissioned with CITE Research. After surveying 2,000 frontline employees across the US, UK, and Australia, we found that employees are equally frustrated with disjointed communications technologies that prevent them from providing great customer experiences. The findings also uncovered a powerful connection between employee and customer experiences: Engaging employees with a seamless communications platform increases their productivity and helps delight customers, ultimately benefiting the company bottom line. 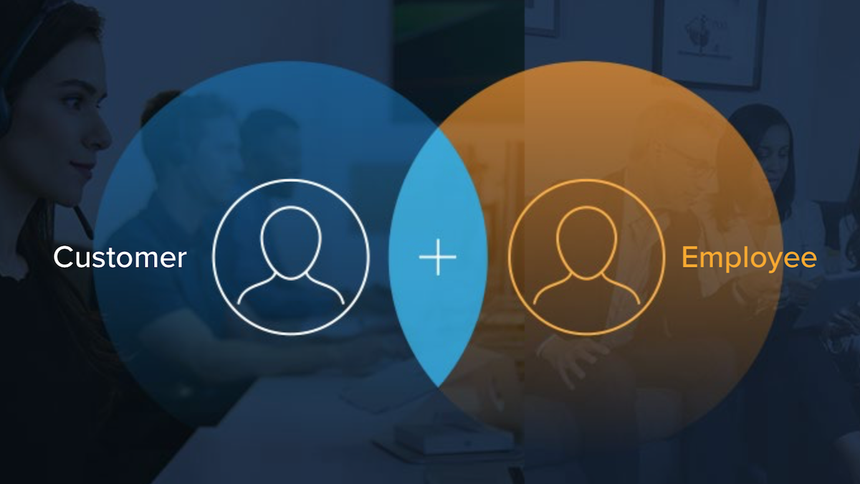