There has always been a joke about Clarks.  If you don't know that Clarks shoes have always been the "go to" store for shoes for school.

But you could never take the adverts or what they had in the windows as what you could buy.  You always had to go into the shop and say "what do you have in this size".  Clarks never seemed to get their supply and demand right.  That was 30 years ago, I'm sure things have changed.

Here we have it, a conservative retailer has got one of the most conservative management consultancies in to save it.

We already know what the McKinsey answer is; Zero Based Budgeting (ZBT), strip out all costs in the name of efficiency and re-negotiate rents. I won’t even charge you for that answer.

There is also something that all retailers do before they go into bankruptcy; they trash around like a person drowning, before they sink into the deep. This is the advertising campaign.

BHS, House of Fraser, Debenhams, etc, etc, all ran advertising campaigns and of course nobody watched and nobody cared. It was the final nail if the coffin from a management team that had lost any connection with the modern world.  The advertising campaign was run, nothing happened and nobody watched the ads and the companies slipped into obscurity.

Why? Nobody looks at advertising anymore, we are on social media.

To quote Rolling Stone magazine “Last week, we learned from mobile activity monitor Sensor Tower that TikTok has now been downloaded more than 1.5 billion times across the world. Considering that, according to estimates, there are only 3.3 billion active smartphone users globally today, this is an impressive milestone — doubly so when you consider that TikTok only took off in 2017, following parent Bytedance’s $800 million acquisition of lip-sync app Musical.ly.

You may not know what TikTok is and you may not care, but this fact is just a small example of why people are not watching adverts they are on social.

So what does Clark’s need to do?

Clark’s has 15,380 employees, let’s assume it empowers 50% of the workforce and they all have 500 followers. These are people who know them, love them and will share what they post.

And I mean everybody! Whose doing this? Well we work with a Retailer whose MD gets 25 leads a month.

Clark’s currently has 50,000 followers on Twitter. And the posts are all about Clark’s. Who cares?

This is 1930 marketing, talking about yourself in the hope you will have an emotional connection and buy. Nobody cares. We all have busy lives and nobody listens. It’s also shows the attitude of the company. A company that broadcasts and does not listen. A company that shows it does not care for its customers.

Of course there is a tweet about a charity they support, but it’s done in a corporate way.  Chosen by the corporation.

The 194-year-old retailer, which has more than 1,000 branches worldwide, said it may be forced to axe more branches amid tumbling profits. The latest accounts show sales fell 4.6% to £1.47billion, pushing losses from £31.3million to £82.9million in the past year. It's one of a series of chains that have been hit by the so-called curse of the high street, with footfall dropping by 6.2%, according to latest accounts. 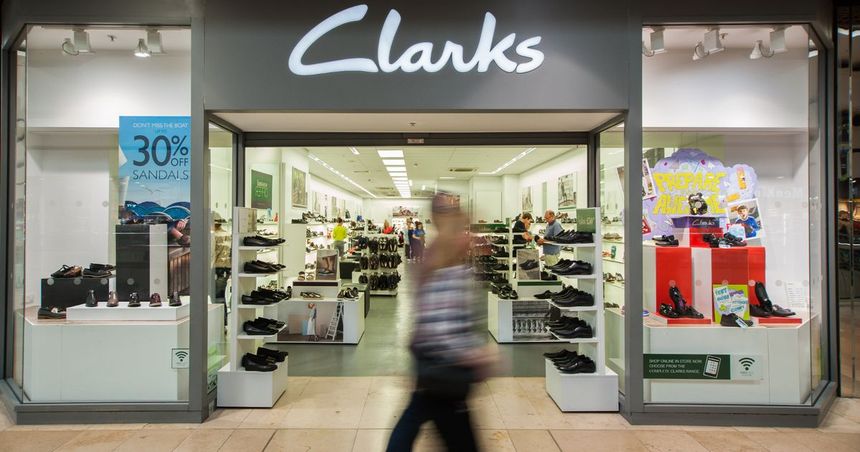