It's a common thing we we hear when we are coaching.

And the question is "So tell us your journey?"

All of those comments have been made to me as I coach people on social selling and when I then ask them "So tell us your journey?"  The people open up and tell you this story about themselves.

I bet that you have read the three sentences above and actually want to know more.

Now here's a thing, we all have interesting experiences, in fact these experiences, define us and make us different from everybody else.

I've coached people who have run fish and chip shop in Scarborough, people whose first jobs was a bin man, they have all said nobody is interested.  And in fact, we are not just interested, we are fascinated.

I cannot use LinkedIn as I have nothing to sell

I was on a call yesterday and the business said that they has invested in a piece of software that allowed the employees to post official approved content onto social networks.

The problem with this is two fold.

1.  Social media is just that, it's social.  People don't come to a social network to read content about companies and how great they are, they come to social networks looking for insight to be educated and maybe to have a laugh.  In fact our research shows that people are looking to be social on a social network. I know that sounds obvious but there are people out there that seem to set "rules", there are no rules, apart from being social and decent.

2. The other issues with this, is that our research shows that posting corporate content actually does your brand damage.  Social is where build relationships and have conversation, not post corporate content.

Think of LinkedIn as a large networking group.  If you turned up at a networking session in your town and walked in and announced all about your products, the organisers would call security.

The same with social media, as soon as you start selling on social, you piss people off. 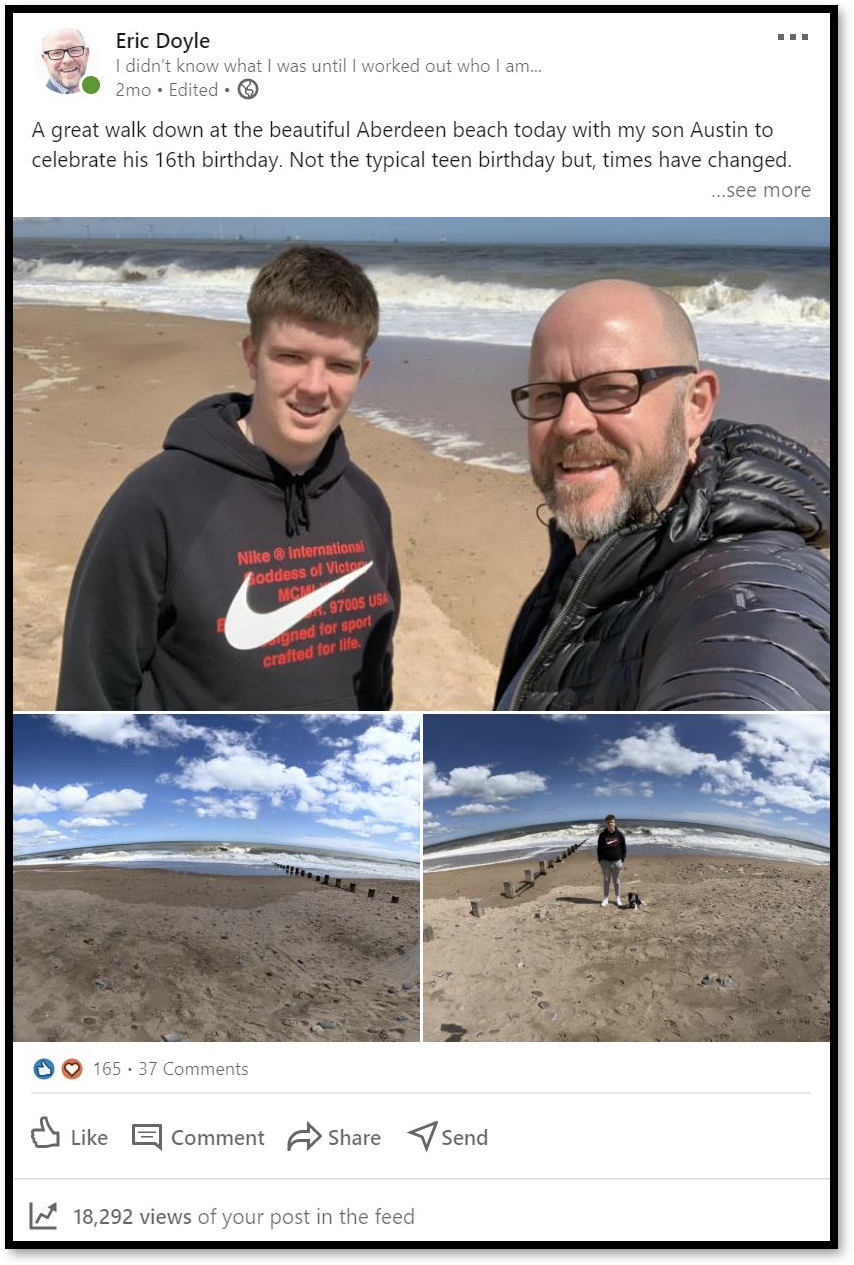 This is a post that Eric Doyle put out.  It was last year and it was his son's Austin's 16th Birthday and it was a covid Birthday, so instead of being out with his mates, Austin had to be with his dad so they went to the beach.

If Eric had post out a post about his products and services then nobody would have engaged because nobody is interested.  But people can empathise with this, hence the high levels of engagement.

But I don't want to post anything about my children

I totally get that, and I wouldn't post anything about children under the age of 16 and without the permission.  The person who told me she has 5 children and spends her day as the children's taxi driver.  So why not post photos outside the swimming club and pose a question "so who else thier kids taxi driver?"

What do you want to be famous for?

We also ask people this as part of our couching, what people want to be famous for.  If we take sales leaders as an example, sales leaders will say "I want to be a great sales leader". Then you ask them "why?" and usually you can break it down to be more meaningful ands personal than that.

One Sales Leader said to me, "I retire in two years time and I want to be known as the guy that transformed our sales team to social and modern selling".

He went onto to tell me that "selling insurance is OK, but there is no real legacy, I want to be able to pass the baton to the next generation.  I want to leave a legacy.  When I leave I want there to be a plaque on the wall.  Not as the best salesperson, but for creating a modern selling culture".

We all have something to say, a story to tell

The person who coxed an 8 at Henley has this written on her LinkedIn profile and is always getting into conversations about rowing and sailing.  It's a great conversation opener.

We all have something to say and a story to tell, it's just about finding that "muscle" and refining it.

Like going to the gym and building up sets and repetitions (reps).

It's about building our digital muscle. 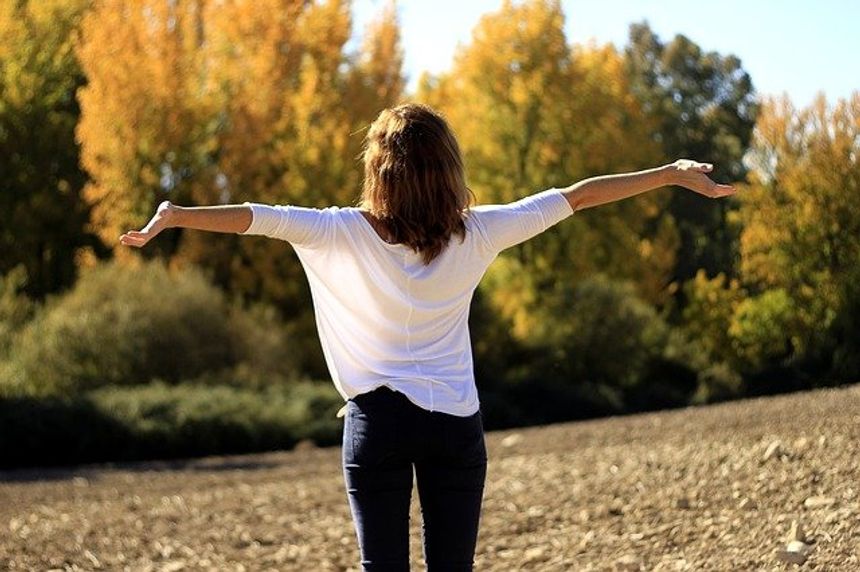