We live in an attention economy, too many people, trying to get access to our attention.

Adverts, emails, cold calls, thousands of people are trying to get in front of you everyday to pitch to you.  People have been trying to do it since the 1930s when advertising was invented.

The problem is, well the problem is with the advertisers we are all sick and tired of all this.  Ad-blockers growth is 30% year on year and Adidas at the World Cup shifted their spend to social media because there target market are high users of ad-blockers, Proctor and gamble reduced their ad spend and their revenues went up.

None of us want advertising, unless you sell it.  We are bored of being interupted we are bored of being shouted at, we also know as buyers that there is another way.  We know that advertising is for lazy marketers.  People too lazy to build a social media following.  Too lazy to engage with people.  Too lazy to have conversations.  People who still think if we throw shit at the wall, something will stick.  That's the best they can do.

This year, mobile will surpass TV ad spending by more than $6 billion, according to our latest ad spending forecast. By 2020, the channel will represent 43% of total media ad spending in the US—a greater percentage than all traditional media combined. "Even the strongholds of TV, such as live sports and news, are starting to move online, and people are consuming them on the go through mobile devices," said Martín Utreras, vice president of forecasting at eMarketer. "Audiences continue to abandon traditional media, and ad dollars follow." 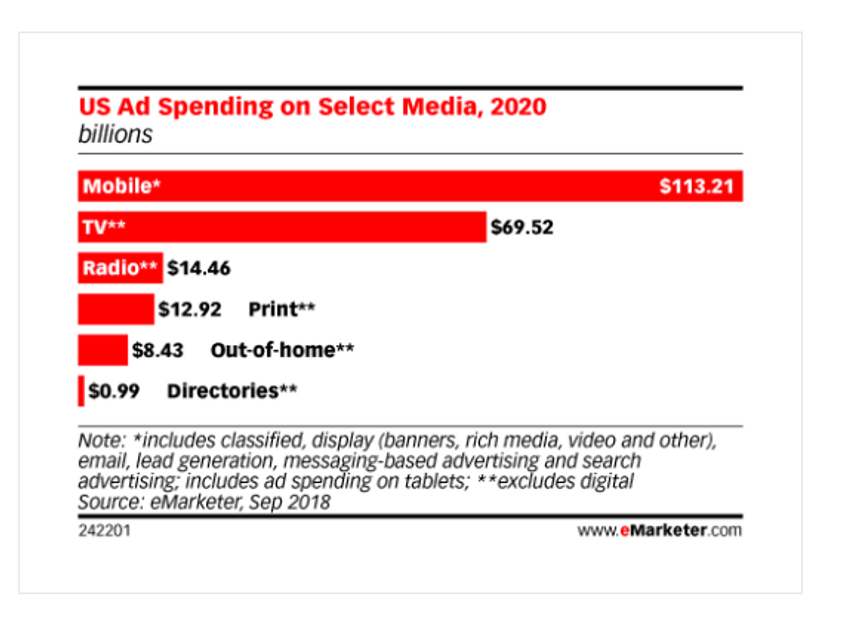