Christmas is the time for Dinner Parties, getting dressed up and going to a friends house to have a really social time with friends and even to make friends.

I seem to have found friends with MBAs along the way, not something I searched for, it just seemed to happen.

Motivational speaker Jim Rohn famously said that we are the average of the five people we spend the most time with.  So maybe hanging with a few MBAs may even increase me IQ.  I need it, I can tell you!

Anyway, often the the talk turns to "what is leadership?" One friend put it the best way I have ever heard.  In the First and Second World War, when the troops went over the tops of the trenches they were led by their platoon leader, blowing a whistle, with nothing more than a hand gun.

So everything to attract the machine guns and nothing to fight back.  It was certain death.  Think about it, you are probably 25 and you are going to die a painful death in mud.  I find it difficult to imagine.

Fast forward today.  People want the same leadership, clear direction of travel in a simple language that everybody can understand (blowing a whistle) into the onslaught of the Media and Social Media (or even your customers).  That is leadership.

Not fluff, made up thought leaders (by the marketing department), hiding behind management speak, PR companies ...... we want true leaders we can believe in, understand and respect.

We advising a company on their sales strategy, so a little bit more than social selling, but first meeting excellence as well.  So in other organisations where I have seen this, marketing or somebody in sales enablement would communicate this to the sales force.  No the sales leader is going to do it.  He is going to stand on the edge of the trench and "blow the whistle" with nothing more then a hand gun.  I just know his sales team will follow him.

“We found that about a third of the audience we polled said that thought leadership was instrumental in having them not decide to award business to a company,” 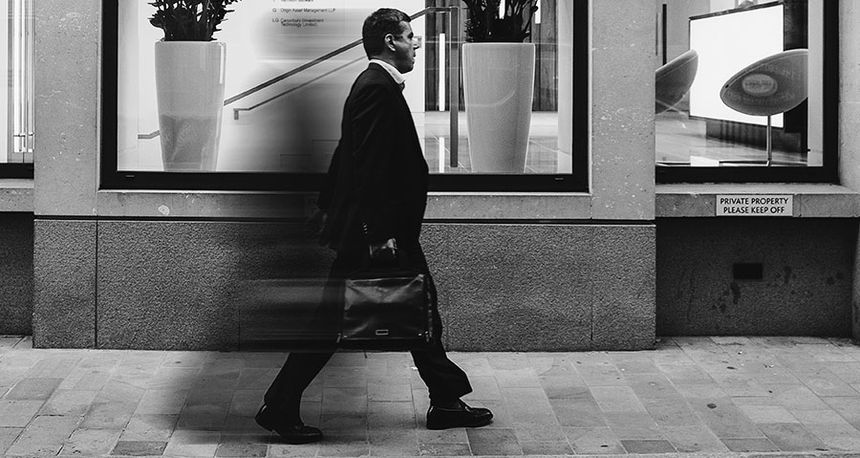