American fashion company, Ralph Lauren has leveraged its highly recognised brand and innovated its use further into the digital space.

They have focused on pivoting their approach to suit the needs of a highly digitalised landscape, the brand has since launched a first-to-market Snapchat logo scan feature for all its latest apparel.

Upon scanning the iconic Ralph Lauren Polo Pony logo from the embroidery and fabric, wherever it appears and in any medium, users will be redirected to a series of unique augmented reality programmes across all touchpoints.

This holistic, digital-first approach, thus aims to engage consumers in new and innovative ways from the Holiday Season and beyond.

All pretty cool yet still very much leaning into the 'transactional' experience like most of eCommerce retailers we see today.

Bright, shiny and new technology seems to fascinate some retailers and to be fair it seems that the 'luxury' sector are constantly open to testing new ideas that create a more 'immersive' and engaging brand experience for consumers - for many retailers these 'digital' initiatives are flavour of the month, not really valued by the consumer and then spend years languishing on the balance sheet whilst inadvertently acting as a financial blocker for other such brand creative ideas because 'the last one didn't work'.

As with all things retro what goes around comes around, ever since the advent of the internet there has always been the doom mongers who say 'print is dead', a lot of folks also said the same thing about physical media.

The demise of HMV and others in the UK and around the world has also been well documented, however!

Physical media is still booming, just ask the guys/gals at 'Music Magpie' who are the biggest number one 3rd party seller on Amazon and eBay around the world.

To a certain extent some of that pre-Covid doom and gloom around printed media is true.

It's a fact that 100+ year old print media and related news publications have found it difficult to commercially survive in today's 'eat all you can' digitally connected, find it for free, tech savvy world.

What we need to remember is that all of those traditional major news organisations, along with other media and magazine monoliths who are now scratching their heads to understand 'how to survive' in this post advertising apocalyptic world they created, were actually one of the first businesses to set foot (and shoot themselves in it) on the digital equivalent of the 'new world' called the internet.

This is because they already had content, lots of it. They already had the resource and infrastructure for creating, generating and pumping this stuff out so why not just move it onto this 'internet thingy'.

And with that initiative the dreaded banner ad was also born, and intrusive advertising overload followed sharply behind it.

The transfer of the 'advertise and promote' mentality on the internet is now killing the 'Golden Goose', it's finally coming home to roost, and the laying of 'Golden Advertising Revenue Eggs' are getting as rare as Rocking Horse shit for many of them.

So I read with delight and intrigue that there are now a number of 'start-ups' who still see the value of printed catalogues and I for one have to applaud them, along with wishing them all the best.

It also seems that several High street retailers and websites in the UK are returning to traditional catalogues and leaflets to grab the attention with something that hangs around a lot longer than those digital adverts no one can remember – this is something that not only unlocks latent spending power but if done right can engage wider members of the family and feeds into a content led social strategy.

I just hope they also use the medium for something more than just filling the pages with product - something ASOS managed to change back in the day with their magazine format.

For the first time ever, the intimate Ralph Lauren in-store experience will also be offered to a global audience through the unique hybrid of a brick-and-mortar and online shopping experience. Dubbed the ‘RL Virtual Store Experience’, the brand invites all consumers to virtually step into the elegant world of Ralph Lauren’s most iconic retail spaces around the world, whilst enabling live transactions to take place online. 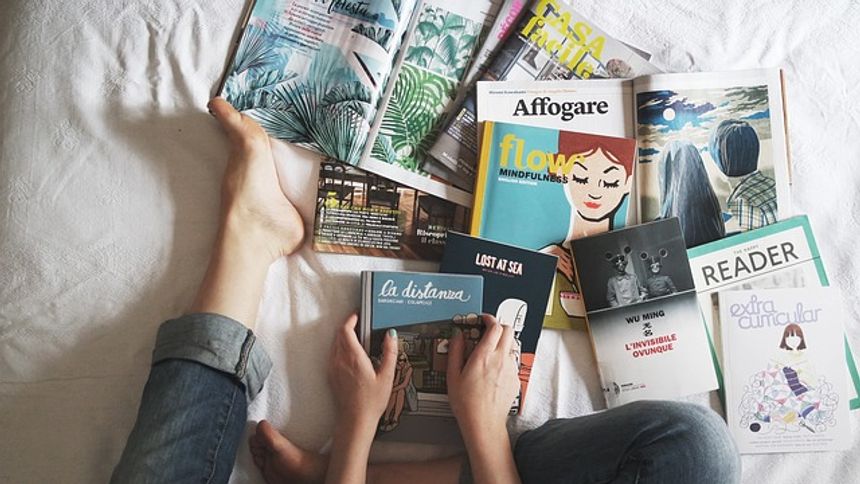