I tune in each week to a 'Vid Cast' (if that's the right word) to a group of people who are taking the business of social to another level on LinkedIn 'live'.

A lot of people on LinkedIn seem quite vocal about certain post not being 'Facebook' but a professional business networking site.

However when we check out these complainers it seems they're not only missing the point about being social, they don't seem to be leveraging the platform with their own authentic and engaging content either - so the critics don't seem to 'walk the talk' so to speak.

The weekly early morning show is hosted by a trio of guys with plenty of special and surprise guest sprinkled in, at time its extremely cheesy with its mash up of music, banter, opinion, and humour, and i have to say it's also very addictive - its called the 'Breakfast Burrito' don't ask me why, ask them!.

As Matt Pybus (Matts rants are particularly spot on) whose one of the trio that includes Eric Doyle and Kevin Milne says in his response to the 'this isn't Facebook its a professional site' that "it's not a professional site, its a networking site for professionals" and you know what, he is spot on - here's why.

Pandemic aside, if you can recall those industry and networking events you attended (day out of the office??) in the not too distant past the chances are you didn't arrive with 'hey we sell this' introduction to people who don't know you - or did you?.

The reality is that these events are a mixture of socialising and professional business perspectives.

Of course you went them to either learn something to help with your own growth, how to help overcome your companies challenges, or simply help grow your business network and raise your own profile.

You would have interacted with lots of people, some of them were memorable for all manner of reasons from personality, humour, dress sense, and of course knowledge sharing.

The chances are you would have remembered those that you could relate to and it's highly likely that if the timing was right they, or you would be open to a follow up conversation - that's it, nothing more than that because at this stage you are getting to know each other and through this subliminal process you managed to filter out those you can relate to and those you can't.

Which is why every social platform has an algorithm that feeds your bias - so if you don't enjoy certain things showing up in your feed you are empowered to 'jog on' as we say in Manchester.

You might not like those inspirational quotes, pictures of family, or company award wins, but who are we to judge what people are trying to achieve in the biggest networking site on the planet.

The algorithm will do its work and the people who want to post these things will soon find out if they resonate or not - why?

Because on social we get to choose most of what turns up in our feed - but be careful you might just be creating a social media echo chamber!

If your open to learning how a 'social strategy' can help you create more pre-qualified inbound conversations start off with a 'Breakfast Burrito' each Thursday at 7.45am BST.

Disclaimer: I have no commercial interest with the 'Breakfast Burrito' and this post was simply inspired by some very creative people who have opened their own digital pandora's box - who knows where this can go!

Yesterday 0745 was the third show and it gets better every week. Week 1 we were at about 30 viewers....i say viewers but that is the wrong term...they are PARTICIPANTS ...why? because the chat is ALIVE and is an essential part of the show. The banter is great! Anyway now we are past the 100 mark in terms of participants we had FOUR guests on: Antonia Brickell - voice coaching Vanessa Gartell - Wine tasting (Yes at 0800) Thor Holt - Mystery Guest Steve Lane - Post of the week and Role Model of the year Nominee! .... we had a free Beer giveaway courtesy of the OGV Taproom. Plus the staples, "Matts Rants" & "Kev's Noticed" (Kevin Milne) all held together by the masterful segways from Eric Doyle (FISM) We had people tune in from Dubai, Norway, the USA and Spain 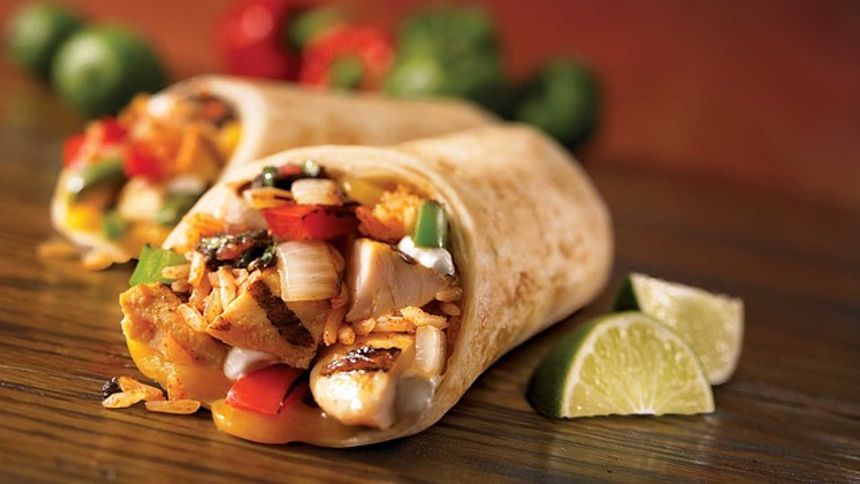