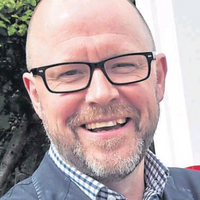 The heat and pain were so intense they actually started to fade away, I couldn’t see straight and was having hallucinations. I was babbling to myself and stumbling, I couldn’t breathe properly and thought this was it, I really thought that life was slipping away.

I stopped for a second and put my head on my walking poles, everything was quiet. Then from nowhere I realised there were hands on my back, I looked up and could see faces in dust. People talking to me, and then I looked behind them. There was a helicopter just 50ft away with rotors turning, I couldn’t hear it….then I collapsed.

I woke up in a jeep driving through the sand dunes of the Sahara Desert. I had been removed from the 2013 Marathon des Sables…I had failed.

In October 2010 I did Scotland's first Kilomathon in Edinburgh with 3 friends, Andy Dunne, James Knipe and Colin Reid. Andy and I travelled together the night before and went out for some pasta and 1 pint of Guinness, Andy was from Dublin and I like Guinness so it seemed fitting to have 1 moment of pleasure before the inevitable pain of the next day’s events.

Sadly, Andy lost his life during the race the next day. He had an undiagnosed heart condition with resulted in Sudden Adult Death syndrome at around the 21K mark of the race…

The pain and sadness this brought to Andy’s family and friends is immeasurable, even now.

During the pasta meal the night before the race Andy suggested we sign up for “that crazy thing in the Sahara Dessert…you know…the toughest footrace on the planet…”.   We laughed it off and turned in for the night.

Andy meant the famous Marathon Des Sable (MdS), a six-day, 251 km (156 mi) ultramarathon which is approximately the distance of six regular marathons end to end. The longest single stage is around 91 km (57 mi) long. It started in 1986 and is a multi-day race held every year in southern Morocco, in the Sahara Desert. It has been regarded as the toughest foot race on Earth.

It took me the best part of half a year after Andy’s death to be able to the think straight. I remembered what he said about the MdS and how excited he was about the prospect – In 2011 I signed up to the 2013 edition, I was going and I was going to do it for Andy.

I had done a few extreme events in my time and I considered this just the same. I did some running training through 2012, did all the required medical checks and bought some kit from a French website that make kit for the MdS.  April 2013 came around and off I went to London to meet scheduled flight to Ouarzazate for the start of the race.

I pretty much realised that I'd made a significant error of judgment in the airport in London….

Everyone looked like marathon runners. Everyone was dressed like adventure sportspeople; they all seemed to know each other and were talking about things that I didn’t even understand, never mind know about.

“how long did you tan the skin on your feet”, “yes I remember you from the online forums!” “did you bring this, bring that” and so on.

Forums, communities, tanning skin?? What were they on about??

I got to the base camp and hitched up with a good group of people – we decided to stay together and live together through the event. A rug on the floor and some sticks holding up another rug above you is the living accommodation at each finish point.

Final checks done, luggage away and we are ready to start 6 marathons in 6 days fully self-sufficient.

To cut a long story short:

Feet in a bad way, tired but generally ok

Feet now serious and really struggling to move – Doctors recommend pulling out as the next day is 2 marathons end to end, through the night.

The worst physical and mental experience of my life to date.

Got to the half-way point. Had a complete physical and mental breakdown – still another marathon to go to complete this section – surely this is not impossible.

Kept going to the end and eventually got in to camp just time.

Final day. The guys helped dress and get me to my feet. I could tell by their faces they did not want me to continue.

I inched to the start line.

7 Kilometres in I stopped and had the incident outlined at the start of this article.

I had let everyone down and just to cap it all off, my wife had travelled through the night across the Atlas Mountains to be at the finish line to meet me, what a disaster.

It took me a month to walk properly again with no pain but longer to get over the upset of letting everyone down and failing…I had raised money for charity and felt like a fraud.

A few months later I decided, I was going back and this time I would beat the Sahara.

Mrs Doyle wasn’t best pleased but knew there was no stopping me, there was unfinished business.

I decided this time I would do it completely differently – last time was run on emotion; this time would be run as a project.

I joined all the communities, read all the books, watched all the videos, did all the researched. Made a new training plan and refined every detail. I looked up what kit crosses the finish line the most and bought them all for testing.

I studied foot preparation and management to the absolute degree and set about using the horse hoof and dog pad treatment for a few months before hand – the soles of my feet were like clogs!

I went to the sauna and spin classes at the gym fully clothed wrapped in towels – people thought I was crazy, but I was adjusting to stress in heat.

Off I went with a new mindset – this was not like 2013 which was fuelled by emotion and blinded by white line fever. This was calculated and built upon doing a lot of small things consistently, really well and repeating until the end, which would eventually come.

Off I went. The airport felt a little different this time, I felt like a was supposed to be there.

I met some amazing people on the 2015 trip and we stuck together. These are people that I will be friends with for the rest of my life – Namely: Allan Dowie, Simon Biltcliffe, Alan Lunn and Alan Dick.

I had a plan, I had a rhythm, I had a new mindset, and I was there to put the plan into play, the mission into motion.

Finished in great time, no blisters, felt strong and happy

Finished in great time, no blisters, felt strong and happy

My nemesis. Stuck to the plan, no sleep this time – straight through – 93Kms

Finished in great time – sore – tired and grumpy but good.

I woke up really excited. Started strong, had a dip in the middle but realised at one point I only had 10K to go to finish the Marathon Des Sables.

I stopped by a large rock and took off my bag and shoes. I wanted to soak this in.

I broke down - it all came flooding back, why I was here, Andy’s suggestion.  My kids had written messages on white armbands, I kept these for the finish and took them out and read them – more tears.

Some food and water and I kitted up and set off with my ‘MdS finish’ playlist ringing loud – Soon the finish line came into view – more tears.

Crossing that line and receiving a finishers medal for the Marathon Des Sable 30th edition was (and still is...) one of the best feelings of my life.

I even had enough energy for a little dance…. 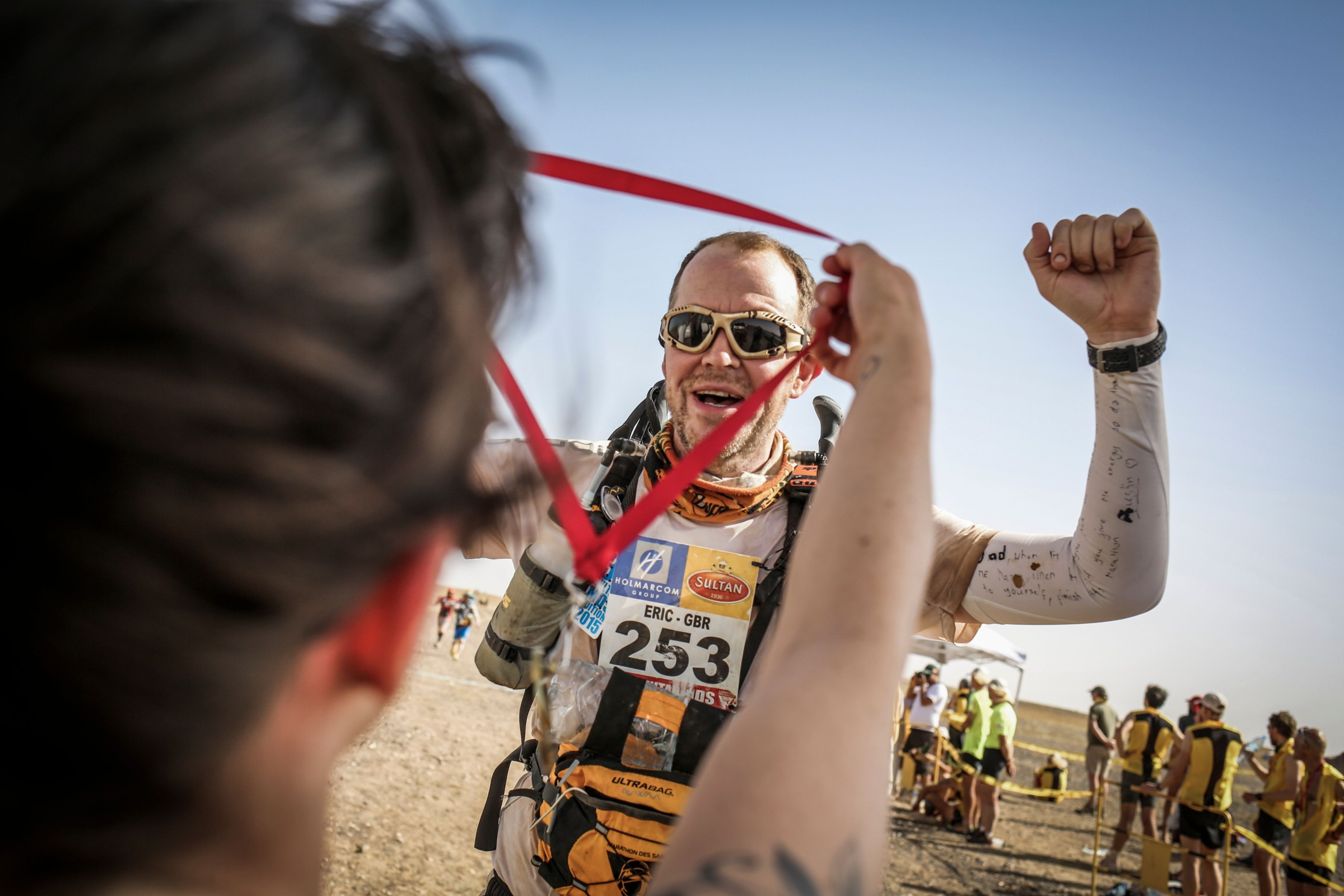 So, what does all this nonsense mean, what’s it all about?

For me its pivotal in my life…

I tried a really difficult thing one way and I failed badly.

I went away, changed all of my thinking, learned new things, did detailed research and developed a strategy and tactics that would get me what I wanted – and it worked.

I sweated the details – poured hours into every single detail and ran tests – I joined communities and learned from them – I read all the books, watched all the films and added the parts I liked into my plan.

Emotion is lovely and we all need it, but you can’t build a winning plan with it alone. You need a great strategy and proven tactics as the foundation of your build.

The MdS is an amazing experience, for me it reinforced some beliefs that stay with me to this day.

We are powerful. When the mind says “stop, we can’t do this” there is so much left in the tank…its amazing what happens when you ignore it, drown it out and keep pushing on.

This is a short snapshot of my time in the Marathon Des Sable, many others will have amazing stories from this and other events.

If you ever want to talk about this, feel free to contact me here.

The Marathon des Sables is the stuff of legends. It is The Toughest Footrace on Earth (Discovery Channel). MdS is a truly gruelling multi-stage adventure through a mythical landscape in one of the world’s most inhospitable environments – the Sahara desert. You have to be self-sufficient and carry all your own food and equipment for the week on your back. Communal goat’s-hair Berber tents are pitched every night but, apart from that you have to take it with you. Water is rationed and if you exceed the ration, you get a time penalty. 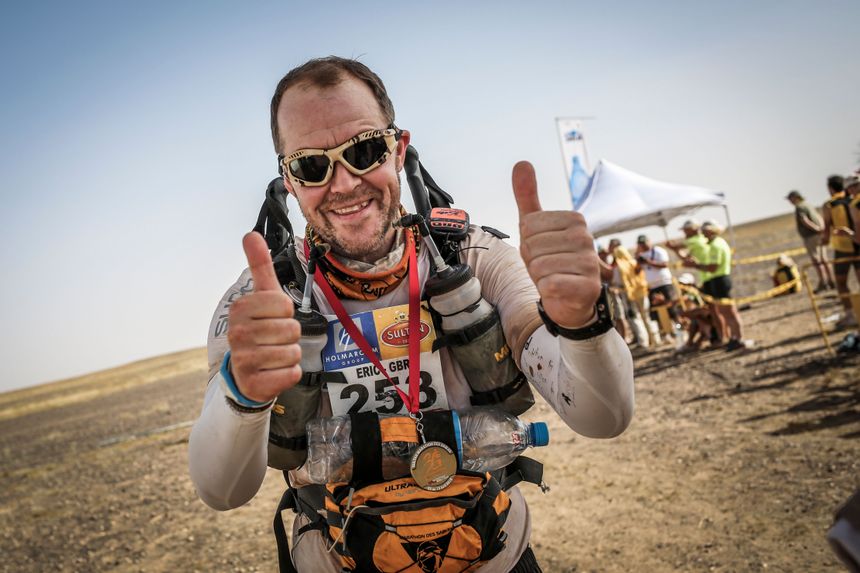 Questions from the client base #8: "Does digital transformation really apply to us..?"
eric doyle