According to the MIT Sloan Management Review, companies that have embraced digital transformation are 26% more profitable than their average industry competitors and see 12% higher market valuation.

This piece of research came out before the Covid catastrophe hit those businesses totally unprepared for the continued shift to online.

Since the crisis eCommerce sales have rocketed with several sectors reporting they have had the equivalent of 10 years growth in just over 3 months, whilst others in physical retail have come to an abrupt halt with the ensuing job loss fallout!!

Who would have thought in early 90s that making an international money transfer, speaking to someone across borders or even entertainment could be done by just one device, your phone!

Businesses are impacted first of all by a combination of external forces, mainly the customer who is responding to a nearest competitor as they seem to be able to better understand the 'why' than you do.

They are also impacted by internal forces that are still trying to make what worked in the early days of the millenium slightly better, and prior to this crisis didn't really take the time to look at the changing 'behaviour' of the customers who once thought you were the brand to be with.

Over the years I've seen and been involved with all kinds of 'transformation' projects - still am.

Very few have been proactive in nature, and most have been driven out of an urgent and reactive necessity to a decline in growth, loss of market share, along with the inevitable decline in profit.

Every company is in constant search of that 'silver Bullet' that will change the way the company can perform, operate, and grow.

We all know there is no such thing as a silver bullet but it doesn't stop the deluded from buying into the tech vendors view of what 'Digital Transformation' should include, and of course it has to include their latest game changing technology solution.

After all isn't that what we mean by being 'digital'?.

Most companies that adopt technology tend to look at from an internal cost saving perspective rather than a consumer centric mindset.

The surge to 'automate' shit because you can might save you a few quid in the short term, but what about the ROX (return on experience) in the medium to long term. 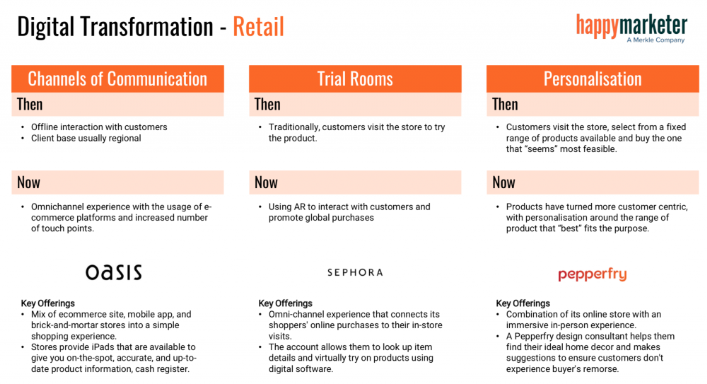 Physical retail most definitely took an internalised and incremental approach to transformation, and for many laggards they are now paying an accelerated hefty price.

For those left in the retail dust storm that's not over yet by a long way have little choice but to 'transform'.

Today's consumer isn't behaving how yesterdays consumer was that's for sure.

If I was sat as part of your leadership team I would be spending every waking hour obsessing about the opportunity we can leverage from these semi-permanent changes in behaviour.

Half the worlds population is now on social media - use that privilege wisely and you will reap huge rewards.

It’s interesting to see how almost all industries have adapted to the process of automation, becoming more customer centric and provide highly personalised services. Digital transformation has proven that optimization is a never ending process, resulting in a high scope for constant innovation and automation. 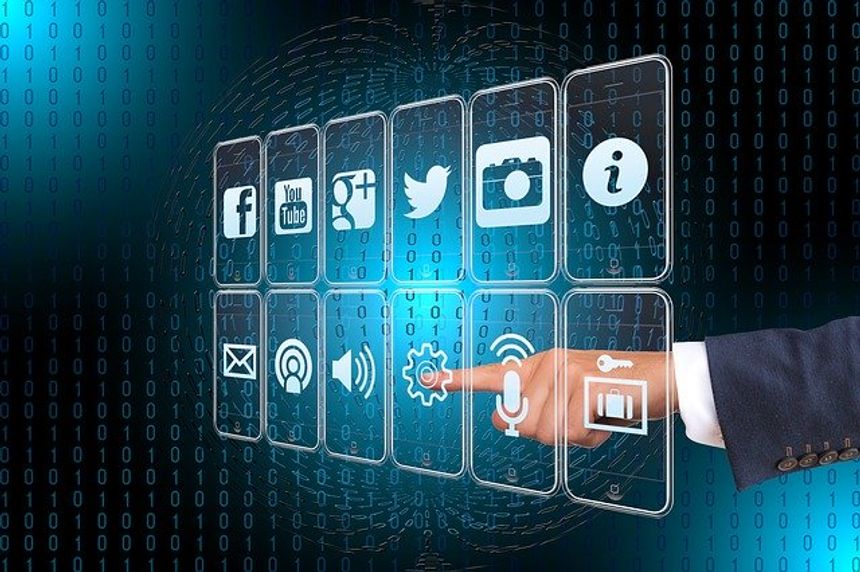