Unless you have been living on a desert island, or hiding under a rock somewhere, there is no doubt that the TV Drama 'Downton Abbey' was a worldwide hit.

At its height the weekly viewing figures in the UK for the show peaked at 9 million, in the US it peaked at 12.6 million viewers for each episode.

There are circa 220 countries who pay for the rights to broadcast the show, around the world.

And now there's a 'movie' in the pipeline.

Without doubt 'Social Media' has been a huge blessing for Movies and TV Shows, we can't help but share our passion, dilemmas, and sometimes spoiler alerts.

Social has even been used to advise the Wardrobe and Set designers of 'bloopers' on the show, such as the plastic bottle of water left on the grand mantelpiece during a series of photo shoots to promote the new series of the show, all great 'free' publicity for the show around the world.

So, whats it like to try and do business with the 'Rights owner' of the Franchise that is 'Downton Abbey'?

Disclaimer: No humans were physically hurt during the making of this article, but my wallet took an awful pounding!

This is a tale of greed, intrigue, entrepreneurship, utter social media naivety, financial catastrophe, and something I'm not overly proud of 'job losses', but its also a triumph of opportunity and learning by overcoming adversity.

Its biggest lesson is also in the rise of 'people power' on Social Media, and how a mighty global media organisation reluctantly caved in to that 'Social Voice' at my expense.

In case your wondering, this next bit is very relevant to the Downton story.

6 years ago now I helped a client recover from a Google site wide penalty (case study here) in record time - 2 months. The recovery was mainly down to ‘content,  blogs, articles' etc, but mainly through the power of social media and the sharing of relevant and engaging content.

So, you could say I had been awakened to the true power of 'social media' for something more than just posting pictures of my pet Labrador, romantic holidays, and advertising products and services many years ago.

In fact that's how I ended up meeting Tim Hughes CEO & Co-Founder of DLA.

I presented my case study (above) at a CMO event, and Tim talked about 'Social Selling', we just seemed to hit it off from the start, our love of music, especially Vinyl, me not being related to 'Bernard Sumner' of 'Warsaw, Joy Division and New Order', his disappointment at that revelation, and me being in total awe of a normal bloke who (back then) had over 60k Twitter followers.

All this along with our aligned view that Social Media was already changing the status quo for traditional business development and outbound marketing practices, it made for a good chat, which then led to a virtual friendship, and mutual support over the last few years.

That's the power of networking and sharing interest and experiences for you I guess.

I was recently invited to become part of the company that Tim, Adam and Alex have built up which as you may know is DLA Ignite, to say its been a great learning curve is an understatement!.

It seems that at long last 'Google' isn't the only show in town for people to discover who you are.

Shortly after this dilemma with the Google penalty I was asked by a friend for some help and advice in growing her fledgling business.

She had managed to convince 'NBC Universal' (owners of the Downton franchise) to award her a 12 month 'Royalty based' UK license deal to produce, market and distribute a mail order catalog she had called ‘Downton Abbey at Home’.

All inspired by the TV show.

Downton Abbey may seem a quintessentially English drama, yet it ultimately belongs to a US media giant. Carnival, the UK producer of Downton, Whitechapel and Dracula, is owned by NBC Universal (itself a subsidiary of US cable company Comcast), which also owns Made in Chelsea creators Monkey and other British production companies.

She was struggling to make it work, and wondered if I could help - I subsequently acquired the company (and said rights) and immediately began renegotiating the 'heads of terms' for the license with NBCU which was due for renewal. This was to now include the worldwide rights for eCommerce and Mail Order, all of which was jointly agreed subject to contract & new terms - which turned out to be an extremely expensive and very protracted process.

So, whilst the lawyers did their bit, we selected and bought product, we created the website, mail order catalog, every step of the way needing face to face sign off by the NBCU brand police.

All the time the clock was ticking as we neared the end of the final series.

At this stage we had now employed people, committed to warehousing, and every other back office requirement to run what was going to be a huge global business.

Our ambitious goal was based on the assumption that if we could do this for 'Downton Abbey', then NBCU (and others) would trust us with other franchises.

We were now in the penultimate episode of the final series of the show, with the promise of a movie to come - kerching, lots of money to be made right!!

With 2 weeks to go before the signing and finalising of the new contract, which now included an extremely hefty upfront quarterly fee, including royalties we started to set up our 'Social Media' presence on all the usual platforms.

As part of this process I began to notice lots of small companies on Facebook and Instagram promoting 'Downton Abbey inspired’ goods & services, Books, Cooking Recipes, Furniture, Clothes, even video's.

When we checked further it seemed these numbered in the 100’s, in many different countries, across many different big/small companies, and as far as we could tell, all unlicensed  - so why were we being asked to pay such huge sums upfront, along with heavy royalty fees?.

On the day of signing the renegotiated terms I asked the guys at NBC Universal about all these folks on social using the 'Downton Abbey' brand name to ‘sell’ products and services. "Do they have a license"? we asked, the answer that came back completely floored me because they said some do, some don't.

We then asked them as the ‘Rights owner’ what they were going do about the ones that don't.

The following answer incensed me and my team, we had been working on this project for over 18 months, I had personally cashed in a significant chunk of our pension and savings (my wife can't be excluded from the pain) in order to get it off the ground;

“We don't know who the unlicensed ones are, and we can’t do anything about people doing this on social, we also don’t want to piss-off the fan base” was their reply.

Inevitably I asked why I should pay a 6 figure sum & royalties for something I can do on Social without their permission or payment - as you can imagine the conversation didn't get much further than this.

Unfortunately that relationship (and others) along with what we had hoped would have been a great business opportunity died on that day, but also so did a number of job losses, something I still regret to this day.

However, once the anger and emotions had settled down I began to reflect on my conversations with Tim Hughes, I looked at the downward trends in the intrusive advertising industry around ad skipping, and ad blocking, along with the looming GDPR issues and decided to take a much harder look at 'Social Media' and content production in general.

As the saying goes 'From Adversity Comes Opportunity'

My final point on all of this, is that without the adversity of the Google penalty, the significant financial kick in the nuts from NBCU I would probably be where you are right now.....

Thinking that Social Media is just for posting pictures of your latest award win, finding a job, or announcing you just got a new one with a fancy new title, intrusive advertising, and showing me what you just had for lunch.

The rights to broadcast Downton Abbey have been acquired in over 220 countries and territories, and the series is viewed by a global audience of an estimated 120 million people. 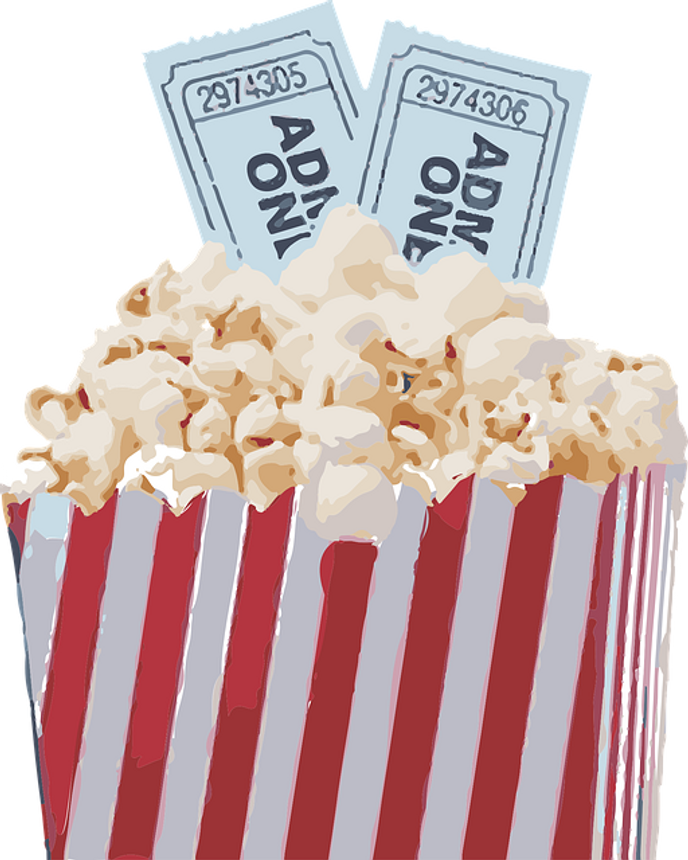