I'm not a Chinese-Cuban free runner from a crime family hired by the KGB, so on that criteria, I don't fit Dominic Cummings definition of a wild-card or weirdo.

In his 3,000 word appeal for new staff he cuts to the chase on the types of candidates he requires to help the team in Downing Street.

How often in business have we recruited mirror images of ourselves and then wonder why the organisation is not changing?

So is there anything we can take from this that may help us change the dynamic in our businesses?

It's unconventional, this direct approach on a blog, without the usual job description fluff,  immediately lets prospective candidates know what they are in for.

"I'll bin you within weeks if you don't fit — don't complain later because I made it clear now."

Build a team of talented people, has always been true, but I don't think I have seen it explicitly stated on a job advert that the boss is trying to make himself redundant.

He says "We want to improve performance and make me much less important — and within a year largely redundant."

Clear requirements, he spells out in exactly what the candidates level of knowledge and expertise should be suggesting papers that they should have read.

He suggested, by way of example, that they should consider a paper in the journal Nature "Early warning signals for critical transitions in a thermoacoustic system" —which looks at systems in physics that could be used to warn of epidemics or financial meltdown."

He is asking for a hard work ethic and no fools. He spells out what is required, and if you think that heading off to the gym on a Friday afternoon is part of the package then think again.

"You will not have weekday date nights, you will sacrifice many weekends — frankly it will hard having a boy/girlfriend at all".  He even calls out that "public school bluffers should not apply."

Diversity. As Boston Consulting Group recently published BCG 2020  Winning in the 20's. For business success, it's not enough to increase the diversity of the workforce. Leaders also need to create an environment where new perspectives are welcomed and encouraged. Cummings in his advert asks for genuine "cognitive diversity".

Who wants a team of people who all think the same?  Cognitive diversity across an organisation, especially a sales team, can offer unique perspectives because they think differently.

Painting a vision, He's thinking big, mentioning the 1969 moon landings, the Manhattan Project and ICBM's as monumental efforts of human attainment.  The scale of change he is envisioning might not be of the scope of putting a person on the moon, but perhaps Cummings and Downing Street are looking for their own Big Hairy Audacious Goal.

Using the power of a network, Cummings entices people to stay tuned, comment and engage on his future blogs, as he says:

"it is all upside, there's no downside if you don't mind a bit of noise and it's a fast cheap way to find good ideas…"

His approach is undoubtedly unconventional, and whatever your view, he sounds like he will rattle a few feathers, recruit/retain talented people help drive forward with a sense of purpose.

We need some true wild cards, artists, people who never went to university and fought their way out of an appalling hell hole, weirdos from William Gibson novels like that girl hired by Bigend as a brand ‘diviner’ who feels sick at the sight of Tommy Hilfiger or that Chinese-Cuban free runner from a crime family hired by the KGB. 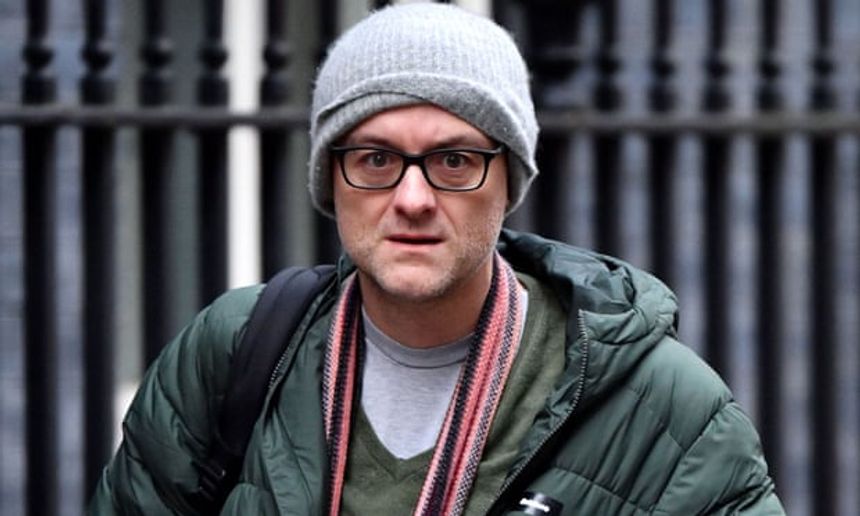 In Space, No One Can Hear You Scream ( Why No One Is Reading Your Posts)
Anonymous

How To Be Connected In A Modern Sales World
Anonymous

Modern Selling: How to Build An Annual Sales Plan
Anonymous