I came across an article (link below) that takes a look at the top retail trends for 2019, and also suggest a few for 2020, make of them what you will.

Thing is with 'trends' is the very term suggest it's something people should 'follow', and guess what, if you're following them the chances are so will lots of other people, after all it's the 'trendsetters' who make or break a strong retail business model, and in particular 'fashion' is one of the most precarious of sectors to play in.

Retail by definition can be simplified by the process of 'buying one thing at one price and selling it at a higher price', but to do this successfully in today's multi-channel world of retail requires not only a crystal ball for trends (retailers have always needed one of these) and your own personal weather forecaster, today its imperative you keep a firm eye on the myriad of yet unknown competitors who are more than likely nibbling away at your business before you are even aware its happening, and a companies ability to either be at the front of that change, or follow the trend.

Take a moment to consider the following stats; 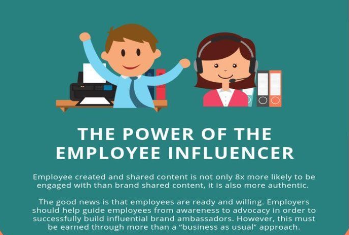 Every day we see stories relating to tales of woe from the traditional retail sector, at time of writing this article (12th December 2019) we see the latest news update from Sir Philip Greens' retail empire that is 'Arcadia'.

Headlines have followed him and his companies for sometime, during his rise he was the 'darling' and savior with the Midas touch of retailing, but today we see more about his issues with pension schemes, accusations of misconduct with female employees, and the continued decline of his 'Arcadia' retail empire, other struggling retailers are available!.

Sir Philip Green's Topshop and Topman fashion chains suffered an almost £500m net loss last year, amid tumbling sales and a raft of one-off charges. The figures lay bare the extent of the problems at parent company Arcadia, which recently had to strike a rescue deal to keep its retail empire afloat. Arcadia, which also owns other High Street names including Miss Selfridge and Burton, is shutting 48 stores and cutting rents at other outlets. Topshop was long the jewel in Arcadia's crown. It became a trendsetter and attracted celebrity endorsements during the 2000s. Courtesy of BBC Business

But like other traditional retailers, it has struggled with the rise of more nimble fast fashion players.

The world changed forever when the internet and eCommerce arrived in the early 90's, in the early days before, during, and post Dot.com bubble we saw numerous companies look to use the medium as a way of protecting the existing business model, whilst others saw it as a way to disrupt and remove many of the layers of cost associated with traditional business, some did very well and still are, whilst many just folded almost overnight with the gullible investment community wondering WTF went wrong.

If the fashion industry has one problem today, it isn't predicting trends, it isn't about rent/rates and other fixed cost associated with how a company chooses to carry out it's business, it's about how sustainable it is to continue to grow in what today is a digitally savvy, socially connected worldwide community, and one of the key questions they must ask themselves is "how they do this in a cost effective way"?

The BooHoo's and 'Missguided's' along with many, many other online fashion brands have not only stolen the consumer who would normally have gone to any one of Sir Philips empire before, but they and others have disrupted his empire forever, they did this because they clearly weren't encumbered with his legacy cost of stores, but above all they understood (IMO) 2 key factors that most companies still exhibit today;

Traditional retail has just as many success stories as the failing ones, but they don't seem to make the same headlines, for me what makes them stand apart is the ability for them to employ/promote internal 'Change Makers' ahead of the market enforcing those changes, they not only use social media to listen to the consumer, they use it to listen and engage with their employees.

Just like the arrival of the birth of the internet and the evolution of eCommerce, it's not technology, process or cost that upends the business of today, its the ones who still think that they have little to no control over external forces, and as the saying goes 'if you can't change yourself, you'll never change others'.

With the inertia 3.5 Billion people now on social media platforms around the world I genuinely don't understand why companies today think that the 'advertise and promote' mentality is sustainable.

Every business employs people, not every business has yet woken up to the Superpower that is 'employee advocacy' - have you?

Social commerce is the most popular new retail technology among U.S. internet users, ahead of visual search, augmented or virtual realty (AR/VR) and voice commerce through smart speakers, per a Bizrate Insights survey cited by eMarketer. More than one-third (34%) of adults said they had made a purchase through social media, up from 29% last year, and another 27% said they were interested in social shopping, the survey found.