The other day I spotted this article about how you could get an MBA with no study.

"The American University of London (AUOL) awarded a fictitious person created by the programme a Master's in Business in exchange for a £4,500 fee.

AUOL has insisted it is "not a bogus university" and defended the robustness of the qualifications it offers."

What is real today and what is fake?

There is a famous quote "fake it until you make it" which gets many a nod from people on social media and you can understand it.  Why put in lots of hard work when you can get people to assume you are not the person you really are.

Out there in social media land, there's the person that will train you to be a LinkedIn influencer and she isn't a LinkedIn influencer and there are "sales experts" who have no sales experience on their LinkedIn profiles. As these people are still in business, I can only assume that.  People still keep giving these people money for their courses.  So some people think that not ever, ever, ever having sold in your life gives you a license to teach other people to sell.  I guess this is faking it until you make it?

That's on a smaller scale to Theranos founder Elizabeth Holmes who was found guilty on four counts of fraud, she built a $Billion dollar business on faking it, before she made it.  She now faces 20 years in prison.

Let's look at how you can buy (maybe its fake) Influence

I have just received this email, they want to charge me $2,000 for this. 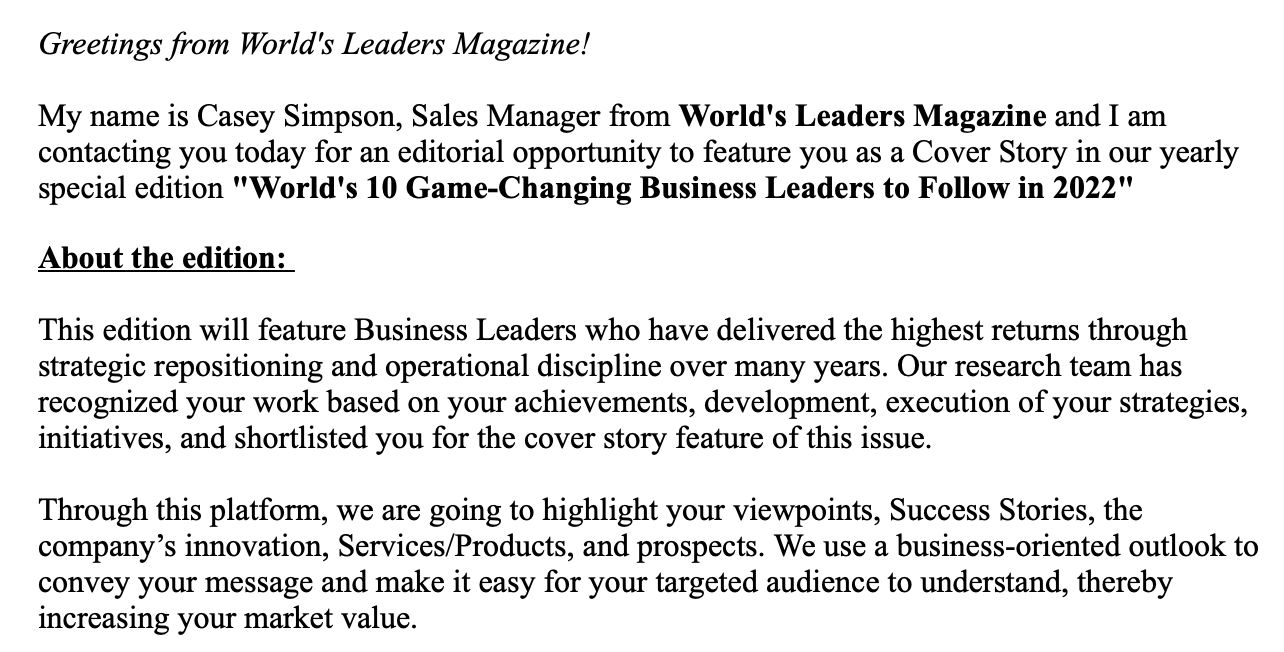 But if I'm buying myself to be on the front cover of a magazine, is this fake? or is this just marketing?

Again, not on the scale of Elizabeth Holmes I admit.

There is another company where you can pay to be in it.

Beyond Exclamation Magazines, whose website is here, charges you to be in their magazine.

This is taken from their Facebook page, you can see the reviews here. 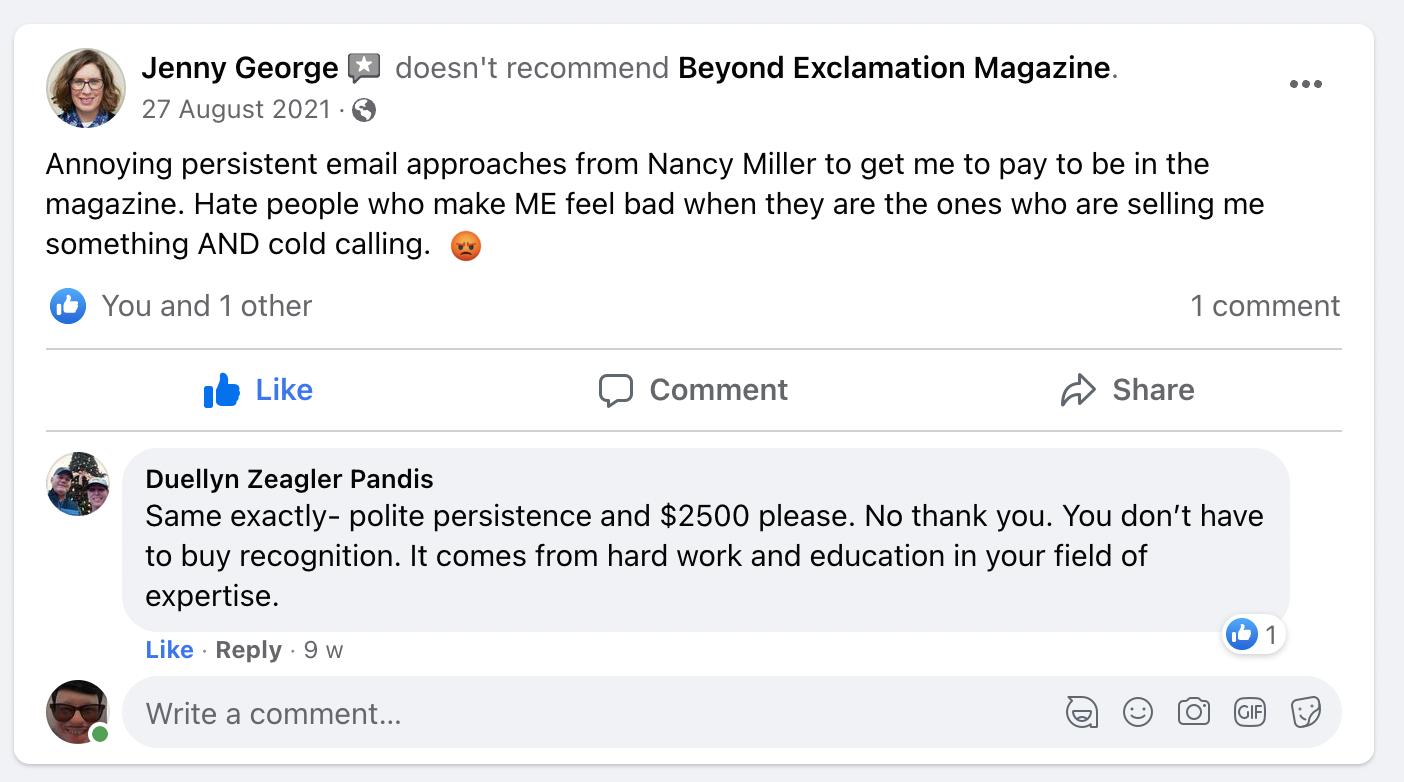 "No thank you. You don’t have to buy recognition. It comes from hard work and education in your field of expertise."

So what about paying to be on influencer lists

There is a company that creates influencer lists called "The Silicon Review" and they created a list, "30 Most Inspiring Leaders to Watch in 2021", you can see the list here.

When I spotted this I wondered on what basis this list was created?  A quick search on Google

"Is it worth paying money to The Silicon Review Magazine?"

And there is a question for this and an answer on Quora, you can see it here.

For me, paying to appear in magazines or paying to be on lists is like buying followers or likes.

It was Robert Stephens who said

"Advertising is the tax you pay for being unremarkable"

(As an aside, there is the funny story of the Influencer who got onto the SAP list of influencers and was invited to SAP's big conference, Saphire. While he was there, Twitter blocked him for buying followers. Yes he got to be and still is an influencer off the back of buying folowers.  Embarrassing!)

Why I wrote this article

I'm sure many of us have different opinions on this, the reason why I wrote this article was that i was in a conversation that went like this.

My partner: I see XYZ is on the Silicon Review list.

My Partner: Oh, so he isn't special then.

You may have a different opinion, but my partner had a lower opinion of the individual after she found out he was trying to buy influence.

But there is a way to be on lists, to be in magazines and to do this legitimately, to be authentic and to use the power of earned media. 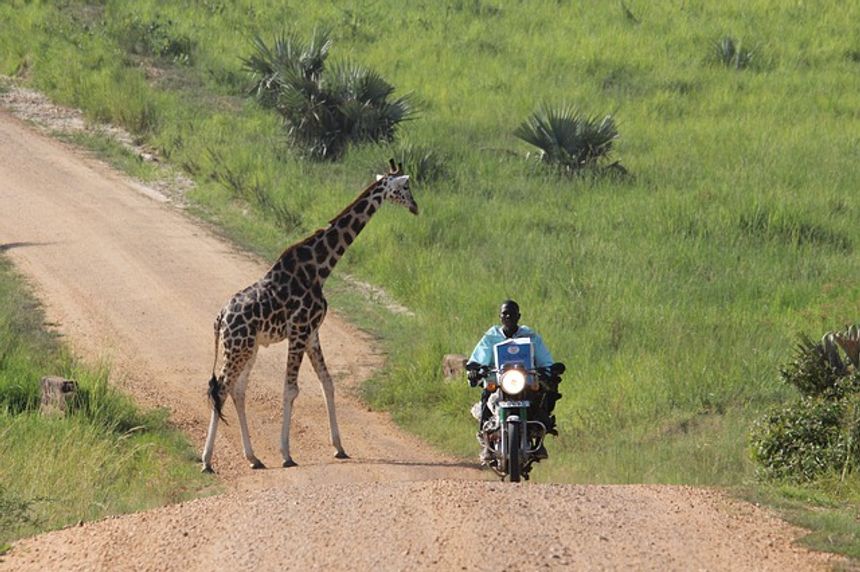