As a company you have to have a strong sense of who you are appealing to if you are to build a sense of personality (brand) that starts customers on the road to buying from you.

Confused companies, confuse customers, who buy from someone else. Unless of course your products are so cheap and competitors so weak it does not matter.

My day job is working with companies who are needing to 'change & grow'.

This focus comes with lots of reasons, most of them are unfortunate basket cases, mainly because the best time to change is similar to the best time to do repairs on your house e.g. when the sun's shining.

Before, and in particular since Covid I talk to lots of companies who say they are keen to change but decline to discover the internal  'change makers' or recruit external ones because of the lame excuse called 'culture fit'.

I'm not naive, I've been around the retail sector for many years, I've operated across all areas of retail in a number of different countries. I understand that they all carry a huge fixed and legacy systems cost base.

For many the biggest of those cost are indeed the physical retail store network, so I get that you can't simply cull stores overnight (unless your Covid) but to build the future you have to leverage the past, or as someone once quoted me "It's easier to give birth than it is to raise the dead".

One key reason for Kodak’s demise was its insistence on using the digital photography disruption to improve its core film and printing business.

In the mid-1990s, Kodak introduced the Advantix Preview film and digital camera system and spent almost US$500 million promoting it.

So as not to cannibalise the film business, the Advantix required users to use film and print their photos. A decade later, Kodak filed for bankruptcy. So why was improving its existing business the wrong thing to do?

For those that know me, after completing a business health check that suggested your company might already be a basket case, you will have heard me say however, 'it's easier to give birth than raise the dead'.

The traditional retail sector has lumbered along for many years, when the internet arrived far too many of them just like 'Kodak' saw it as a threat to 'cannibalising' the physical store network and did very little, a few of them followed the herd and added a website, but all done at a very slow pace.

Traditional retailers that failed to recognise the potential impact of eCommerce have been seeing casualties for well over a decade, and this certainly isn't something new that was brought about by the Covid crisis

It isn't a fad, it isn't about cannibalization as some of them told me many years ago, it's about having the 3 wise monkey syndrome in the boardroom, not listening to the consumer, and frontline employees, and not reacting quickly enough to what they can evidence.

This all carries huge implications for leaders who need to develop a strategy in response to disruption: They must step outside the mind-set of focusing on the core business and think from a different perspective. For example, an entrepreneur would ask: “If I were considering entry into this new market created by disruption, what strategy would I adopt?”

The next huge wave of disruption for all businesses is already here, and in particular in the context of this post for online/offline retailers is already happening, it's called 'social media' and if you still think its just a place to 'advertise and promote' your brand then you're in for a very rude awakening.

At no time in history has it been easier and cheaper to set up a business, if I understand the digital medium better than you I already know I don't need a database.

I don't need to spend huge amounts of my budget and resource on advertising, and I can easily gain access to your incumbent and future customers.

I can create conversations that will make them think differently about why they should do business with me over you, and I will 'listen' to them because you don't.

When disruption strikes a business, it is natural for its leaders to try to defend it by focusing on core business activities and improving current products and practices, even while creating a sense of urgency to bring about change. 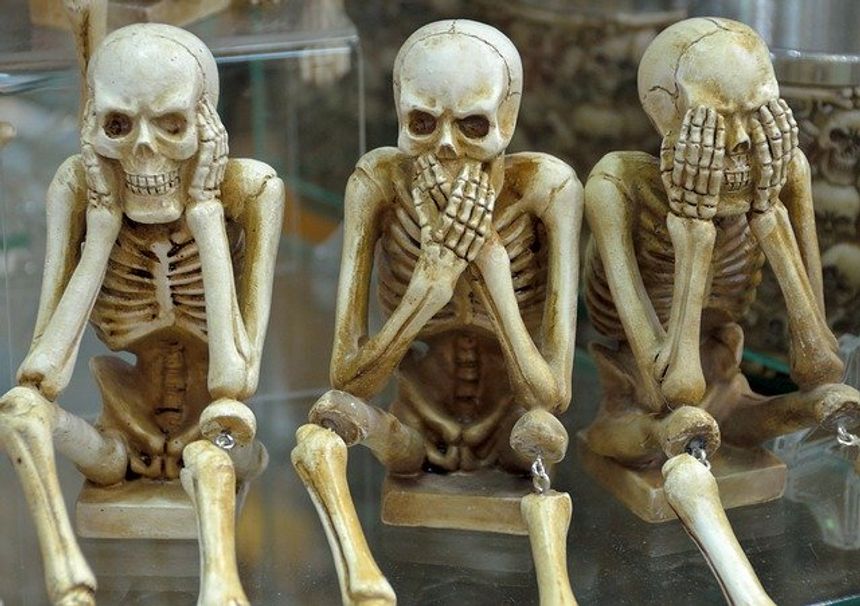