It used to be said that 'we (the British) are a nation of shopkeepers' but based on recent times you would be hard pressed to believe this. We now know that retail consolidation got an accelerated kick start with Covid.

We are now about to see the same occur because of the ridiculous so called energy crisis?

As retail enters into it's most critical trading quarter the following is my key concern and opportunity.

Being in any kind of business is always a tricky thing, and traditional retail is of course encumbered with many upfront fixed cost, especially before a new store is opened and a penny even goes into the tills.

Historically the only key variable cost they can dial up/down is the management and staff needed to run them, so when times get tough retailers dial down the one thing that actually creates their key point of difference, the front line people who represent their brand.

The key issue for me with today's version of multiple retailing is its still somewhat removed from the 'local' communities its designed to serve.

I've seen some great small towns reinvent themselves, the really good ones that came through were long ago abandoned by the retail multiples that created homogenized US style versions of a shopping mall.

Which in my opinion misses a few huge things that makes, well, retail, retail.....

There are some great benchmark towns around the UK doing some awesome stuff creating immersive experiences which encourages genuine dwell time and advocacy. They do this through working with local people and businesses to deliver something the community feels happy to support.

Let's face it even the great Marks & Spencer innovated it's food category by taking a leaf out of the local 'market farm' model.

And today those communities are more than willing to share those experiences on social media.

This ranges from food festivals, to artisan markets covering all kinds of goods and creativity that support local entrepreneurs who in turn support the local economy, which after all is how all towns and cities grew over the centuries.

So as retail big and small is juggling with the biggest variable on the p&l which is the energy bills for themselves and consumers, is this an opportunity for big business to work with small business and enjoy mutual benefits?

How about inviting that local artisan into your store with space paid for from a % of turnover.

How about bringing that Xmas market experience instore?

How about 'live streaming' it to the local community? 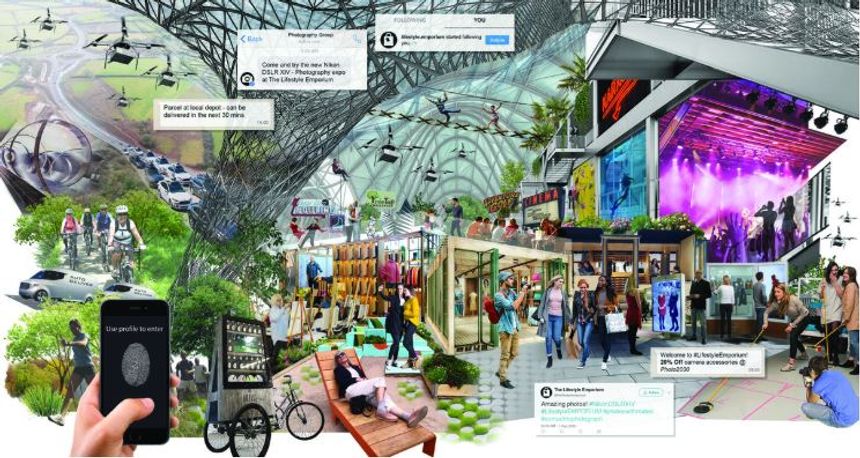