I've written a number of articles about CEOs being on social media and over time the number has crept up.

In fact, if your CEO is not on social media, your business has a problem.

It means your CEO does not understand the world and the way it works today.  Simple as.

Check out these blogs

How Social is your CEO on Social Media?

How the new BP CEO is Killing it on Social Media - So Where is Your CEO?

Our Linkedin profiles are hurting us, when we try to hire new employees

Who are the leading technical and commercial digital influencers in your sector?

It's not visibility you want, it's so 1990s, today you need qualified relevance

Let's look at the report, from FTI Consulting.

OK I'm going to cheat, Damian Corbet who runs the LinkedIn group "the social C-suite" did an analysis and it's here

"For the first time ever, over half of all top CEOs (52%) in the UK, France and Germany are now engaging on social media!

The UK has seen the greatest increase over the past year, with 41% of FTSE 100 CEOs now posting regularly on at least one of LinkedIn, Twitter, Instagram or Facebook - a 15% increase since 2021.

The trend is even more pronounced among new CEOs. Across the three countries, 85% of newly appointed CEOs are actively engaging on at least one social media platform.

This is very encouraging news and supports other reports and data that suggest social media usage amongst senior leaders is only going one way. The UK - while usage is increasing the most - still has some way to go to catch up with France and Germany though.

This quote from the report is especially interesting:

"In recent years, platform algorithm changes and a degree of fatigue amongst audiences with uninspiring corporate content has led to it being increasingly difficult to achieve good levels of engagement with organic social media posts. Leadership engagement is an often-overlooked solution.

We know that CEO-shared content receives considerably higher engagement than content shared by brand channels, but also 82% of business leaders agree or strongly agree that there is a wider reward for the company if they have an active leader on social media. 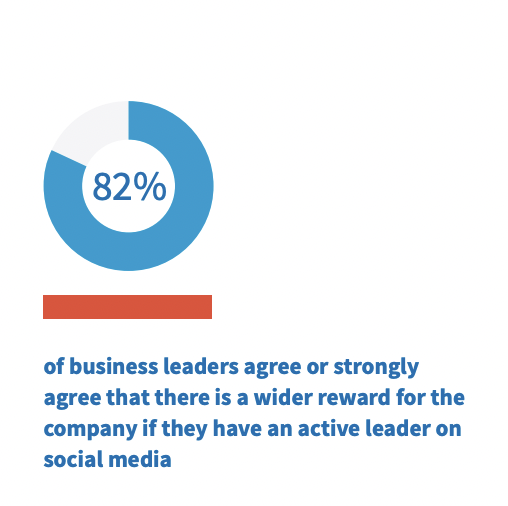 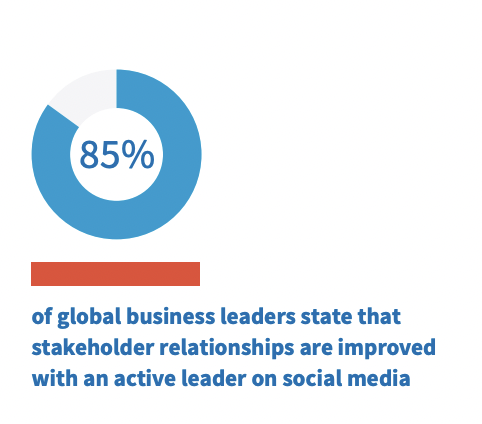 Where's the research that backs this up? - Edelman and LinkedIn's B2B thought leadership impact study, research here states that.

"64% of buyers say that an organization's thought-leadership content is a more trustworthy basis for assessing its capabilities and competency than its marketing materials and product sheets."

"63% of buyers also say that thought leadership provides proof that an organization genuinely understands or can solve your specific business challenges." 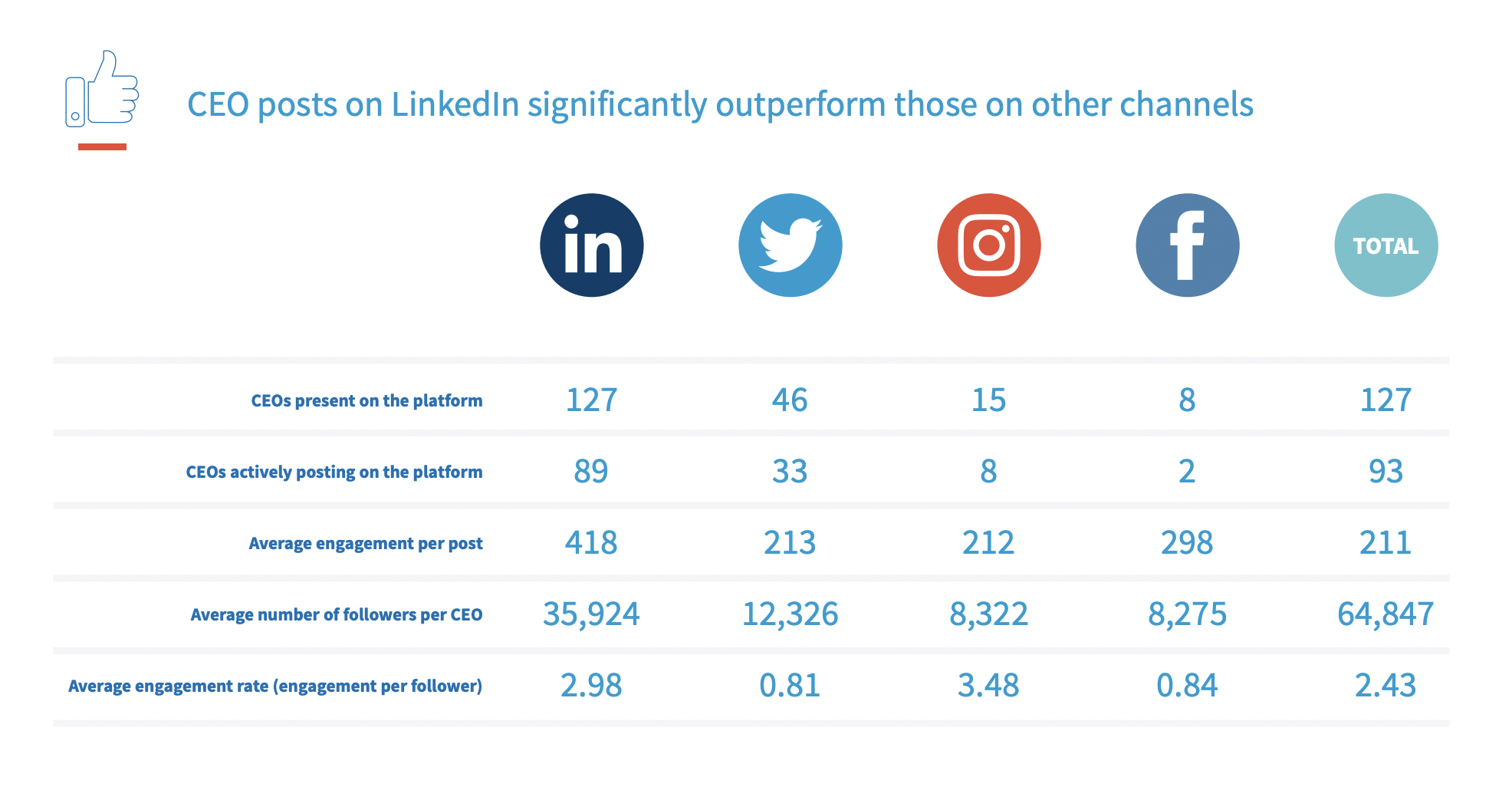 CEOs and business leaders engaging on social media in a professional capacity is now the norm, rather than exception, and we are seeing an emerging divide between CEOs publishing the odd tweet or LinkedIn post, and those truly harnessing the power of social media to strengthen stakeholder relationships, build their own reputation and amplify company communications. 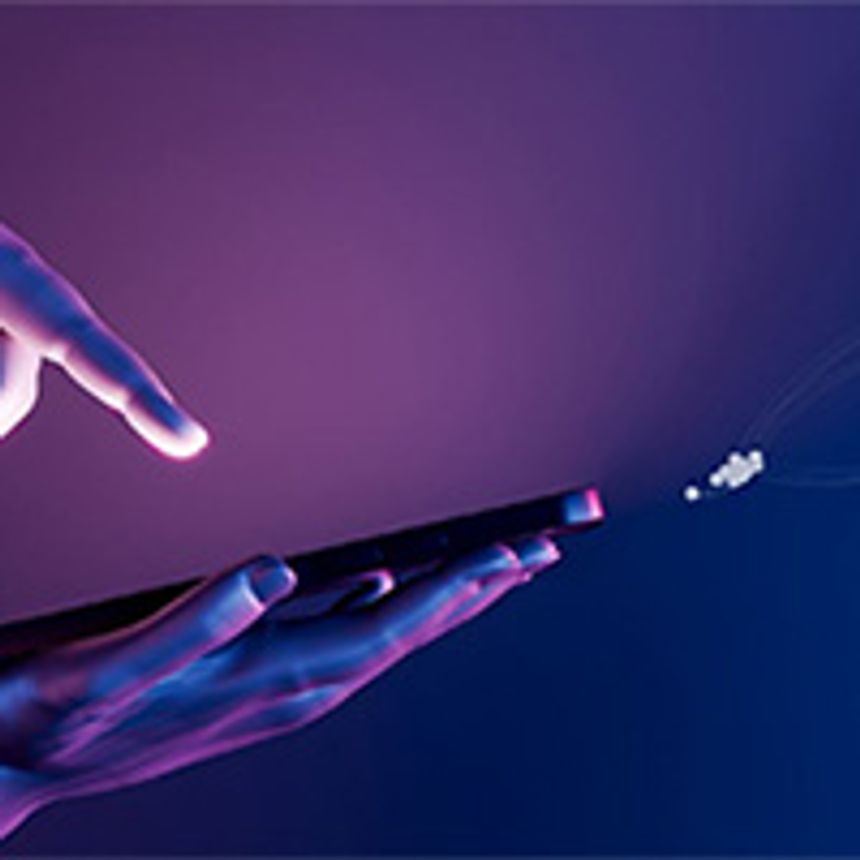