My friend, Robert Tearle, is a headhunter and he shared this post on LinkedIn yesterday.

Let me first show you Robert's data, this is all for the UK and the data is from LinkedIn.

So it's data and not his opinion. 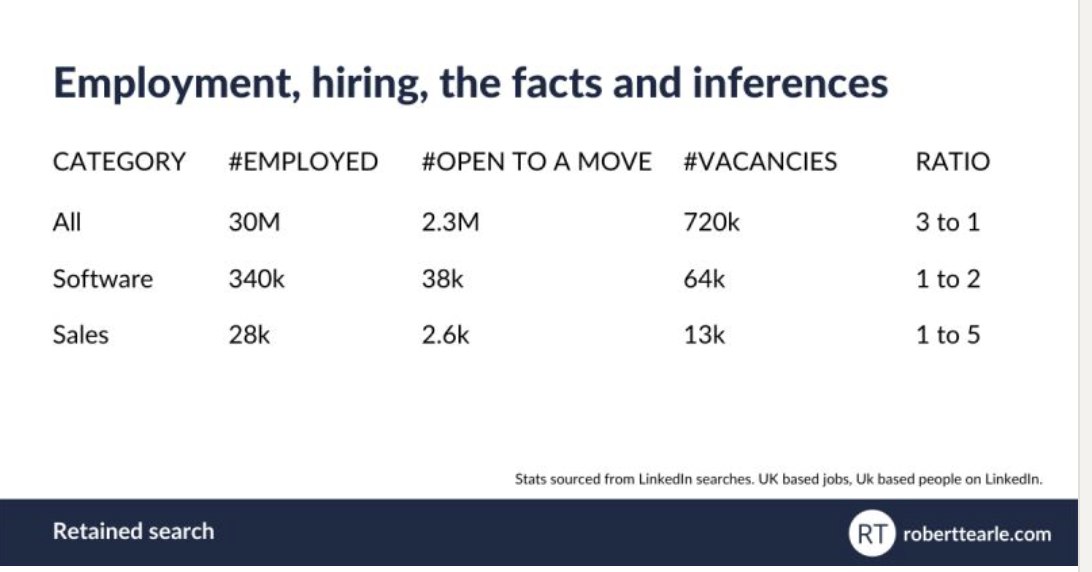 The first line shows you how many people are employed in the UK.

There are 30 million people on Linkedin in the UK, pretty much everybody in business.

Of these there are 2.3 million that have set their Linkedin profile to "open to a move", this if you didn't know is a standard feature and let's head hunters know they can approach about a job role.

There are 720K vacancies on LinkedIn in the UK, of course there maybe more than this, but this is what is available on LinkedIn.

This means there is are 3 people for every vacancy.  In this case it's an employers market.

Robert now, puts some filters on the data and looks at the software market, here the picture is very different.  There are 340K people in software, 38K are looking to move and there are 64K vacancies.

That means there is one person chasing 2 roles.  This is an employees market.

That means there is 5 roles for every candidate.  This is clearly a employees market.

Let's think about the implications

Your current team can just quit if they don't like something, because they can just walk into another job.

Your business can waste a lot of money on-boarding people, training them all for them to just quit.

2) Get smarter about how they source

3) Onboard with quicker time to productivity

4) Show their employees a new level of love, in order to retain

6) Be creative! Cover vacant seats, jobs with no job holder... do you outsource, workaround, contract out etc

I would add to this, that companies need to invest in their teams, giving them new skills. After all, research shows it's not about the money.  If you know you are going to get the best skills, this will attract people and retain them.

While I'm biased, we know that with social selling, this will be apparent to your competition, when you start using social, apart from selling more which is cool, you will also attract the best talent.

Based on the figures above, if you are in tech, you had better start now!

This does not just impact us as sellers, it also impacts the people we are trying to sell to

In recent LinkedIn research, "80% of sellers said they lost or delayed a deal in the last year because one of their champions switched jobs, and that number is likely to increase over the coming months."

Another reason to have conversations and build relationships at scale to cover all the bases in a sales.  We teach and coach this in our social selling and influence methodology. 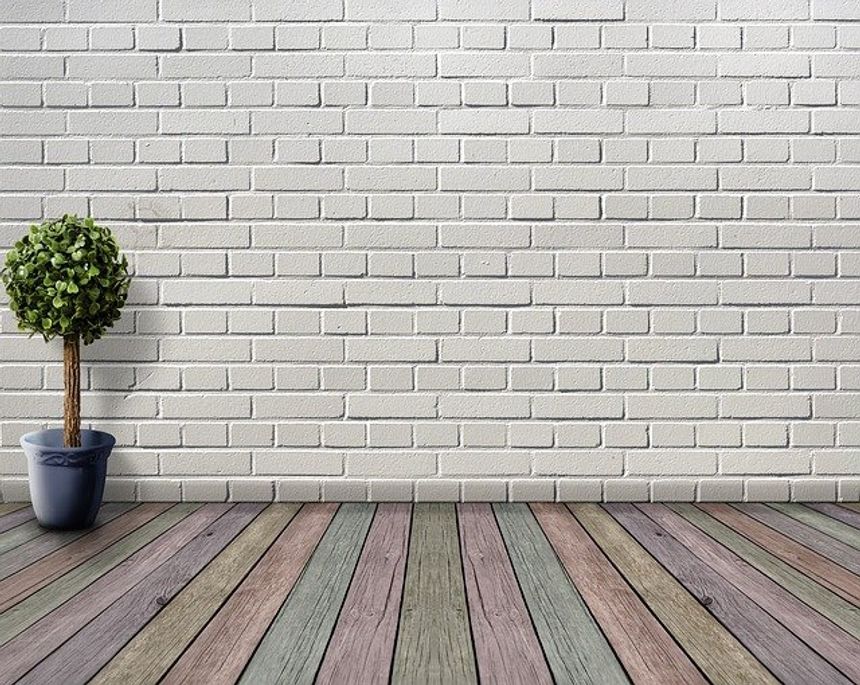 Did you know, without knowing it, your sales team is training the LinkedIn algorithm to ignore them? - Scary right?
Tim Hughes

Our prospecting sequence isn't working, what should we do?
Tim Hughes

We tried LinkedIn and it gave us nothing
Tim Hughes

Questions from the client base #5: "what should I be looking for when hiring Sales and Business Development people in 2022..?".
eric doyle

We Tried 'Live Streaming' And It Failed - Here's Why!
Stephen Sumner
repost  cancel