Who needs the 'euro' when we got sterling?

I love watching and taking part in all manner of sporting activities. Without a doubt if you're english then "Euro 2020" (postponed from last year) is breathing hope into a nation in the hope it might just be 'coming home' and I for one really, really, want it to happen.......

Whilst watching virtually every game on TV and I don't mean just the English or Scottish ones I noticed something extremely interesting going on with those electronic advertising boards, but more of that later.

As you might know I spend quite a lot of time creating blogs, articles, and stories about the multi-channel retail sector. The logic also translates for other sectors.

I genuinely enjoy the process of creating these blogs as it makes me 'do the research' which in turn leads to my own personal and business growth.

I also genuinely believe that with 60%+ of the world's population on 'social media' it most definitely isn't a fad but a huge opportunity for business and brands to also grow as long as they recognise that what was, is no more!

I'm a solutions orientated guy so I try to not just provide stories based on my bias, but also to help stimulate the industry to consider ideas from other areas that might just get the revenue dial moving in the right direction.

As this pandemic hit the behaviour of all of us literally altered overnight, staying and working from home became odd at first but quite comforting over time.

As the UK attempts to get back to some kind of normality and many companies are trying to convince us to 'get back to the office' or elsewhere it's only right that we should consider anything that could be a sustainable and winning strategy to grow the economy via growing our businesses.

Today, and not just because of Covid news of a retailers performance or otherwise is fed into social networks in a nanosecond - the irony being that most retailers still think its a medium for advertising.

This is old school 20th Century thinking and its holding so many companies back from growth and innovation.

Businesses that think the future is about platform innovation, or adding a few more places to 'click and collect', worse still trying to find scarce funds for 'advertising' with a  'that will do' mindset to eCommerce are in for a dynamic and mighty shock - something akin to what's happening today with their physical retail counterparts.

The social Genie is well and truly out of the magic lamp and it isn't going back in anytime soon.

Brands that pre-Covid wanted to 'get more sales'  adopted the 'marketplace' approach to placing product where there are already several million consumers.

They deployed product on global platforms like Amazon, eBay, and Alibaba, along with the regional growth of other related marketplaces.

The logic being if we can't get them to come to us 'let's go where the consumers are' which is pretty logical - isn't it?

So, back my point about a huge change in advertising direction at the 'Euro's' by Chinese tech companies.

Those electronic billboards that are installed around the side of the football pitch to display adverts have been around for sometime, but for this event I have noticed something very interesting in relation to the traditional mix of advertisers such as 'Booking.com' and others. For this event I have noticed a number of 'Chinese' tech brands dominating those boards and our TV screens.

During the last tournament, held in 2016, there was just one Chinese sponsor - the TV maker HiSense. This time around, HiSense has been joined on the billboards by TikTok, Vivo and Alipay.There are no sign of any US equivalents - neither Facebook, Google, Amazon nor Apple for example, feature on the official "partners" list.

Now I'm not saying we all move our business to China - but we do have to look at the underlying consumer behavior trends that have already been accelerated by Covid and social commerce.

Recent studies have documented a situation in which a little more than 10 percent of consumers who make purchases on the Internet trust advertising, while the opinion of friends from social networks for almost 80 percent is decisive when choosing an offer.

The point I'm trying to make here is that all the key innovations that the west are playing catch up with are coming out of the east (China) so if your company still think that social media is simply a tool for social tactics and intrusive advertising then you are missing the much bigger picture my friend.

If I was a pure play (eCommerce only) business today I would most definitely be taking more than a watching brief on social commerce innovations coming out of the east.

I would obsessing about this to ensure that I'm ahead of the curve around consumer behaviour that's got Facebook, Instagram, Twitter, Microsoft and others either looking to develop and introduce 'copycat' functions for 'social commerce' along with Microsoft and Twitter's ambitions to simply 'buy' it in via acquisition of TikTok.

Are you still looking in the eCommerce rear view mirror?

TikTok, which claims its global platform is kept separate from its Chinese operation, has partnered with UEFA for this tournament only and has thrown a tonne of promotional weight behind it on its platform, including branded augmented reality effects, TikTok lives and hashtag challenges. 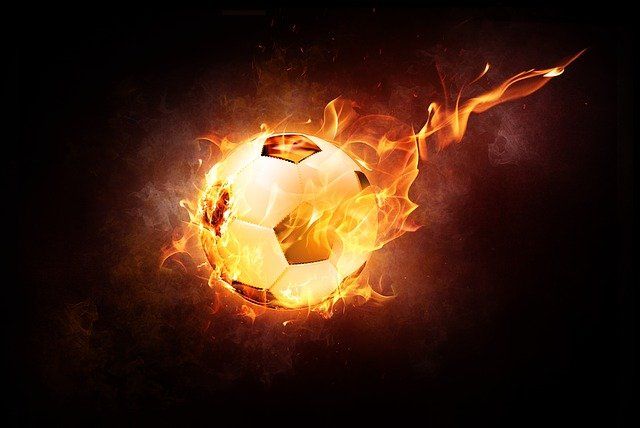