As Mike Ashley continues to grasp victory from the jaws of humiliated defeat in his continued attempt to snap up beleaguered department store group 'Debenhams' we can only wish him the best - mainly to try and save a few of those horrendous job losses.

The signals coming out of the recently named 'Fraser Group' suggest this could be his path to creating and delivering his 'Harrods of the High St' - except the stores are not in the traditional high st, but sat in the main in major city centres that due to covid have become somewhat of a ghost town this year.

As the news of the final demise of the 'Debenhams' brand kicked in we saw an outpouring of nostalgic emotion from former and contemporary employees - based on my experience some of this is looking back through rose tinted glasses I suspect.

We all know the department store sector has been kicking the can down the road for sometime. The sector is very much a question of a mindset that assumed it had years to adapt to a full multi-channel mindset - which means a consumer first mindset.

For years the brand relied heavily on it's concessions relationships in order to maintain a good spread of product and de-risk the commercial aspects of the model.

Add to this the rather dire 'Blue Cross' strategy that simply served to educate consumers to postpone full price purchases at the expense of those 'concessionaires' they relied on so heavily, and the inevitable decline of brand 'Debenhams' story was being built.

Robin Klein is famously feted with having introduced the 'digital' approach to retailing for Debenhams - however, as was seen and continually evidenced this was an initiative that was under invested, misunderstood by the board, and managed by an enthusiastic team of really bright people who were left to simply 'get on with it'

Some years ago in one of my former businesses 'Debenhams' was a client of ours.

Apart from providing them with data intelligence, e-mail marketing, along with one of our other innovations - our version of an electronic brochure.

This iBrochure was to be used to promote the festive offer, it was e-mailed to the customer base who browsed and clicked through the electronic brochure, and if a purchase was stimulated we would link them through to the 'Debenhams' website product page.

The reality however was quite different - back then the Debenhams website was not fit for purpose - it kept crashing as it was under invested in terms of scale and back end - an extremely poor experience for all.

So when I saw the headlines following the announcement they had gone into administration with literally thousands of of visitors to their website looking for a bargain - the headlines in its' final throes read "it crashed again!

In a bid to keep up with the additional demand, the retailer was forced to implement a queuing system for its website, which promised customers: "We will get you onto the site as soon as possible."

This is some 15 years later and it seems that this was a brand that had never really adjusted to trading in the 21st Century.

This is retail and eCommerce 101 - a brand as big and well known as Debenhams could have completely reinvented itself both in the physical and digital space.

It's social presence was similar to that of other failing retail brands who were being led by a 20th Century mindset.

It was all 'advertise and promote', it's messaging was all about them and product - nothing about you/me.

What could have been a great opportunity to leverage 'live streaming' from different brands, stores, and concessions would no doubt have connected them in a far better way to today's digital and socially savvy consumer.

But, just like Sir Phil who also missed the social opportunity with his 'Top Shop' brand it seems the Debenhams board chose an incremental approach to transformation.

Am I sad to see Debenhams go - of course I am, but I'm much sadder for all of those people who gave their all to keep it going.

Some social media users reported as many as 900,000 other customers in the queue for the website. 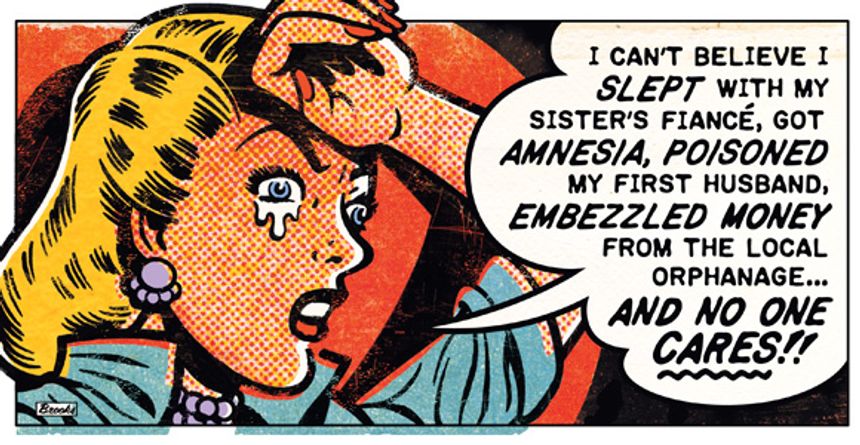