Prior to this global crisis Ad land was stuck in a nostalgic time warp. From what I can see it's all a bit 'old school' where TV dominated the family, back then brands didn't have access to the myriad of data points available in today's digitally, socially savvy connected world we live in these days.

In the 20th Century we did 20th Century things and despite all the evidence and this global pandemic leading the urgency for change it seems the ad industry still thinks it's still a good thing to continue doing this.

TV watching was a family sport and squeezed together on the Draylon sofa we would laugh, coo, and sing-along. The Guinness surfing horses, the Oxo Mum, the Hamlet cigar man, the Cadbury’s Smash tin aliens, the Levi’s launderette strip and the Lloyd’s Bank slo-mo horse were central to our evening’s entertainment.

Today in the 21st Century an entire universe of entertainment has opened up for us and the freedom to block or skip advertising is part of the deal. Advertisers have a couple of seconds, max, to grab us before we skip on our way. Today because of this crisis we are consuming more of this type of content at greater rate than anytime in history.

When you look at those nano second intrusive adverts that continue to pop up we can see that the creative art of storytelling has been replaced by shouty and intrusive snippets, it's not only an abuse of the word 'creative', most of it is shit........

This crisis has accelerated the adoption, involvement and engagement of social media platforms as families look to remain in contact with each other, share and play virtual games and use them to remain up to date with what's going on in the world.

It's no secret that Google's dominance in paid search has been under threat as the 'intrusive' marketeer moves ad spend into 'Social Channels' along with the rise of installs for Apps.

The impact has also been felt by improvements by brands and companies with much improved organic search related activities e.g 'off site content strategies'.

Combine this with the consumers ability to recall brand names and go direct to the website is a significant change in behaviour. And this is behavioural change that's grown exponentially these last 10 years. If you add into the mix the always prevalent 'ad fraud' that can't be audited (agencies don't like audits) it's not only you and me that are turning away from online ads.

I'm genuinely convinced that there is something bigger afoot, elements of which are being driven by the recent 'Gartner' report on the changes in behavior around the 'traditional buying funnel'.

Many of those key drivers of disruption are now also being attributed to the growth and maturity around 'social media', but companies and brands still think its the place to promote intrusive adverts and spammy content.

Clearly I have a vested interest in the direction of this narrative, and now as 'Marketing Poacher turned Social Selling Gamekeeper' my strategic view has altered completely. However if you put that to one side there is overwhelming evidence that audiences (you and me) are skipping and blocking ads like never before.

So how does a company and brand stay front of mind, be seen as authentic, relevant, and trustworthy in a fast moving digitally connected world, where over 83% of people trust referrals and recommendations from family and friends over what a brand 'tells' them?

The impact on your brand and company is already being felt and tested like no time before. If your competitor has a greater understanding around how to utilise the power of Social Media and you don't, well, its goodbye and goodnight to you.

With 68% of the due diligence research being done by the prospect before any direct contact with a vendor is made, its social media that seems to be the reference default and NOT Google. This means that more and more people are tuning into social media to find our more about your company and its employees. 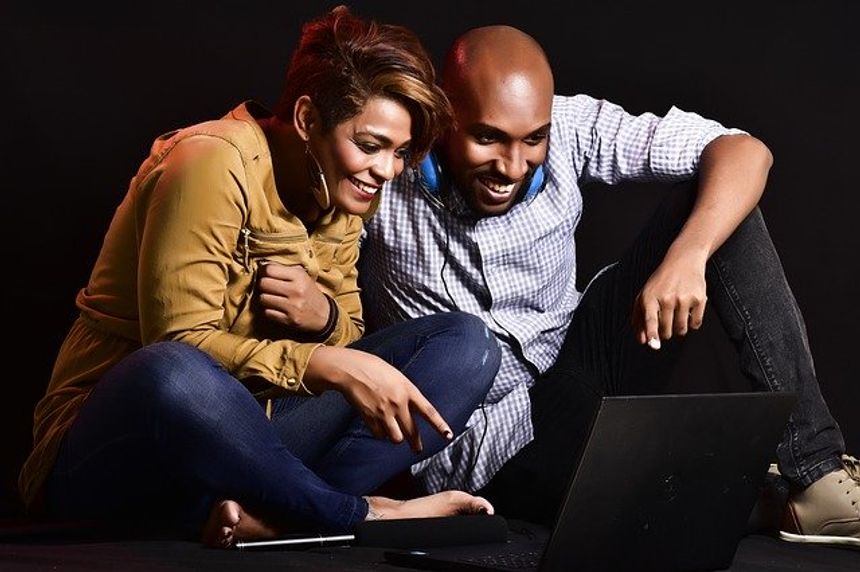