By now you'll be aware of the stunt pulled by The North Face and its agency Leo Burnett Tailor Made who replaced photos on Wikipedia pages with substitute images that included Northface gear.

Controversial? Wikipedia were far from happy. But as no one seems to get tired of saying, all publicity is good publicity.

The agency and The North Face even made a video boasting of how they propelled the brand to the top of Google's image rankings (see the AdAge article below).

I sympathise, up to a point. You see part of my job involves helping businesses optimise their content for search. And I know how hard it's become to make blogs, videos and podcasts stand out in the age of content shock.

Ask Jeff Bullas, for example, and he'll tell you it's nigh on impossible to beat the system using legitimate means in his post, "Why Good Content Isn’t Enough: Lessons From The Latest Content Marketing Studies."

So stunts like these shouldn't come as any surprise. But at what price? According to Inc. , "The North Face Just Did The 1 Thing No Marketer Should Ever Do", which is to cheat its way to the top of the rankings.

Spoofing Wikipedia didn't help. Let's face it, hacking Wikipedia is the equivalent of that investor shark conning your great aunt Agatha out of her lifetime savings.

So do The North Face customers care? Even those with a background in digital marketing and advertising? This one does.

And here's why. The promotional video shows famous travel locations from across the globe. And there, stuffed between Machu Picchu and Serra Fina, are two hacked photos (yes two) from the Isle of Skye in Scotland: The Cuillin mountains and The Old Man of Storr.

These places are very, very precious to me. I've been to Skye about 10 times, including on my honeymoon. I've stood on that exact same spot overlooking the Storr. And I've experienced the most terrifying but joyful moments climbing some of the roughest peaks of the Cuillins.

To see them hacked by a outdoor gear business, however cunning the campaign, really pissed me off. They might as well have spray painted a logo down one side of the Inaccessible Pin or hung a giant poncho over the peak of Sgurr nan Gillean.

So no, I won't be buying The North Face from now on. Not just because they took liberties with my great aunt Wikipedia. But because they stamped big business branding all over some of my most cherished memories.

Sorry guys, it's personal. In the meantime I'm off to Patagonia (or Columbia Sportswear. Or Marmot. Or Arc’Teryx). See you there.

When you first start planning a big trip, step one will likely happen at the Google search bar. Step two might be clicking onto the images of your target destination. The North Face, in a campaign with agency Leo Burnett Tailor Made, took advantage of this consumer behavior to keep its name top of mind with travelers considering an adventure sports excursion. The brand and agency took pictures of athletes wearing the brand while trekking to famous locations around the world, including Brazil’s Guarita State Park and Farol do Mampimptuba, Cuillin in Scotland and Peru’s Huayna Picchu. They then updated the Wikipedia images in the articles for those locations so that now, the brand would appear in the top of Google image search results when consumers researched any of those locations—all done for a budget of zero dollars. 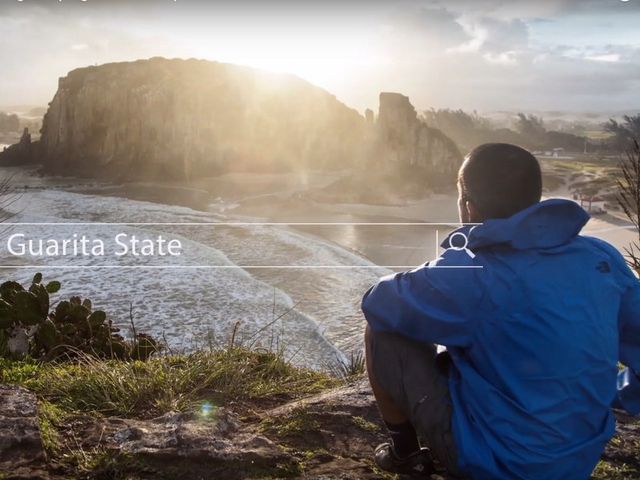 Forget ping-pong and percolators. The future of employee benefits is training
Peter Springett

The moment I realised that work has changed forever
Peter Springett