Before the advent of today's credit card or their historical equivalents, people had to save up and have the funds available to make a purchase.

When you were buying groceries, gas, clothing, or any other goods, cash needed to be in-hand or available in your chequing account.

Bitcoin has taken over the cryptocurrency market. It’s the largest and most well-known digital currency today. Many large companies are accepting Bitcoin as a legitimate source of funds.

As more and more  'Crypto Currency' options maturity continues to make headway into the daily lives of digitally savvy Gen Z's, Millennials, it seems some major corporations:  Who Accepts Bitcoins in 2021? List of 20+ Major Companies | 99Bitcoins

For many decades the big players in what was known as (pre-internet) the 'Home Shopping' sector (NBrown, SDG, Freemans and others) elected to provide a relatively small up front credit facility to all new customers to entice them to spend with them. This allowed these companies the ability to lock in a consumer to spend with them, along with managing the risk associated with the customers spending habits.

As a result of this operating model over time companies like 'NBrown plc' made more profit from the revolving interest applied to these accounts than they did from product margins which in turn created a 'transactionally biased' non sustainable relationship with the end ageing consumer particularly as the competitive landscape started to open up..

This operating model was forced to change over the last decade as competition from emerging agile online consumer focused players eroded the competitive advantage around what could and should have been the clear UK leaders in the direct home shopping sector - for some of these laggards it's still a key component within the operating model of today.

Today consumers have access to many forms of credit facilities from a whole range of providers and although a small percentage of the online credit market, the buy now, pay later (BNPL) sector has been booming, and it seems others now want a slice of it.

Household names like John Lewis, Marks & Spencer and Next have built or are in the process of building their own in-house deferred payment schemes, while retailers both on the high street and online have partnered with the likes of Klarna, PayPal, and Antipodean imports Clearpay, Laybuy and OpenPay.

Swedish checkout credit colossus Klarna is not just Europe's most valuable start-up at an estimated $31billion, it's a verb too. Rather than pay for something upfront using their debit card or put a big purchase on a credit card, increasing numbers of shoppers, especially younger ones, instead choose to 'Klarna' it with the retailer paying a small fee to the 'Klarna's who operate the facility on behalf of the industry.

That can mean paying for their clothes shop a month after they have purchased it, or spreading the cost over three, four or more weekly or monthly instalments with the promise of no interest.

"The opportunity to pay in instalments appeals in particular to younger and low-income shoppers" - and therein lies a potential risk problem for all retailers lurching into this proposition, particularly in the run up to the annual festive season that includes US imported absurdities like 'Black Friday and Cyber Monday'.

Clearly using 'Klarna' mitigates the financial impact of debt delinquency but cannot mitigate the associated associated negative PR from retailers 'encouraging' consumers to 'spend more than they can afford'.

With debt comes 'risk' on both sides of the relationship so it seems BNPL firm Klarna is planning changes ahead of an expected Treasury crackdown on the UK market.

They include a "pay now" option, to let people pay for items in full, immediately. Which begs the question why would someone use Klarna to pay in full?

The boom in the use of buy now, pay later has fuelled fears that it encourages people into debt. Like other buy now, pay later services, Klarna offers shoppers the opportunity of delaying or spreading the cost of a purchase without being charged fees or interest.

Instead Klarna charges retailers a small percentage of the transaction cost in exchange for providing the payment service.

The key challenges associated with bringing this 'in-house' isn't just about managing the financial credit risk, there are clear downstream brand issues at stake and if everyone is offering more of the same how do you create a clear point of different customer 'value' that isn't just about the transaction?

With crypto currencies continuing to gain further ground and credibility we are now seeing respected retailers (Amazon, WalMart, Tesla) taking a serious look at introducing digital currencies into the payment ecosystem - many other retailers will inevitably follow the herd.

Both GenZ and Millennials already see this as an acceptable part of the digital world they inhabit whilst older generations seem quick to criticize something they haven't taken the time to explore - so, just like eCommerce and social media the pandora's box for crypto is now becoming a real alternative to generations who have lost faith in the banking systems of yesterday.

While not a lot of places accept Crypto directly just yet, it’s clear to see that the adoption of Bitcoin and many other 'Cryptocurrencies' as a payment method is increasing with each year.

One example is the emergence of companies such as Nova Wallet, a crypto payment gateway that can integrate to any business and allow it to accept Bitcoin, as well as many other coins. So, while we still have a long way to go until all companies will accept Cryptocurrencies directly and not through payment processors, you can find big brands like Microsoft, AT&T, and Overstock that have already taken a step in the right direction.

Have you taken the time to look at the future of digital payments, or are you keeping your head in the sand hoping it's just a fad like the internet and will go away?

Such schemes have been widely criticised for encouraging shoppers to buy more than they can afford, with charities warning it can be a "slippery slope into debt". Critics say customers are bombarded with messages urging them to use buy now, pay later credit without a clear enough explanation of what it involves. In particular, buy now, pay later firms have been accused of failing to explain that customers could be referred to debt collectors and that their credit scores could be affected if they miss payments. 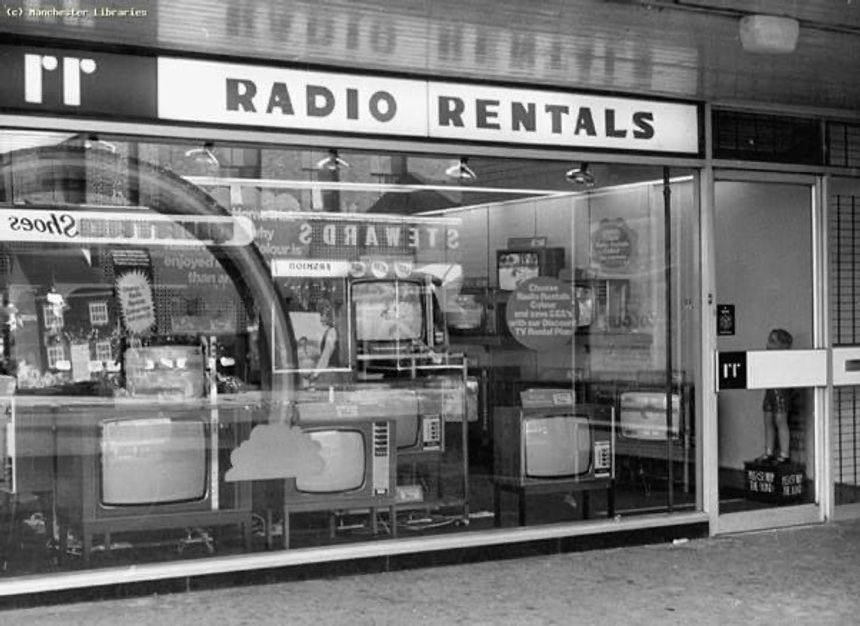