Enter the ad blocker. Ahh, a gift from developer gods.

One of the great things about what it is I do is to be able to write about the intrusive ad industry.

One of the downsides is that in order to be able to write about it I can't deploy and 'Ad Blocker', because I need to keep an eye on the Tsunami of crap ads that just keep on coming.

I don't know about you but I still find it somewhat ironic that what made 'Google', well, Google is interrupting all our search curiosity with advertising, yet even they have now added their version of an Ad Blocker to the 'Google Chrome' browser.

Iif you've been living in a cave for the past 5 years and haven't heard about 'Ad Blocking' I found this article with some great infographics (link below) that might help you to understand a little more about 'Ad Blocking' and why it's not going away. 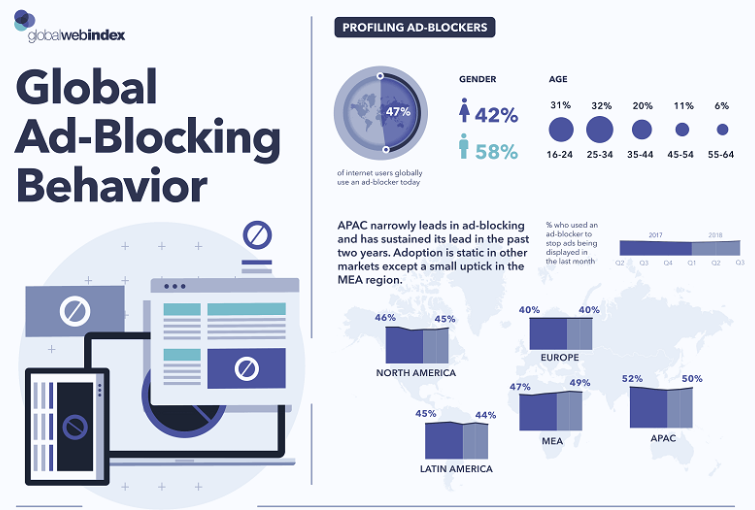 Here are some highlights;

Based on this data, it appears that ad blocking is here to stay.

If you throw into the mix the forecast by 2023 for Ad Fraud to rise to $100 Billion (yup, you read that correct) and the recent introduction of the GDPR which at last is beginning to show it's real teeth then why, oh why, do brands think that intrusive advertising is sustainable?

There is an alternative way, come with me and find out what that is.

Ad blockers allow users to block annoying ads, save some bandwidth, and keep their personal information out of marketing databases. They can even protect your computer from virus-ridden ads or malware.