Every quarter, Simon Kemp along with his partners, Hootsuite and We are social, write a report which is the "state of the nation" for digital.

Let's look at this in detail.  The report is here if you want to dive in. 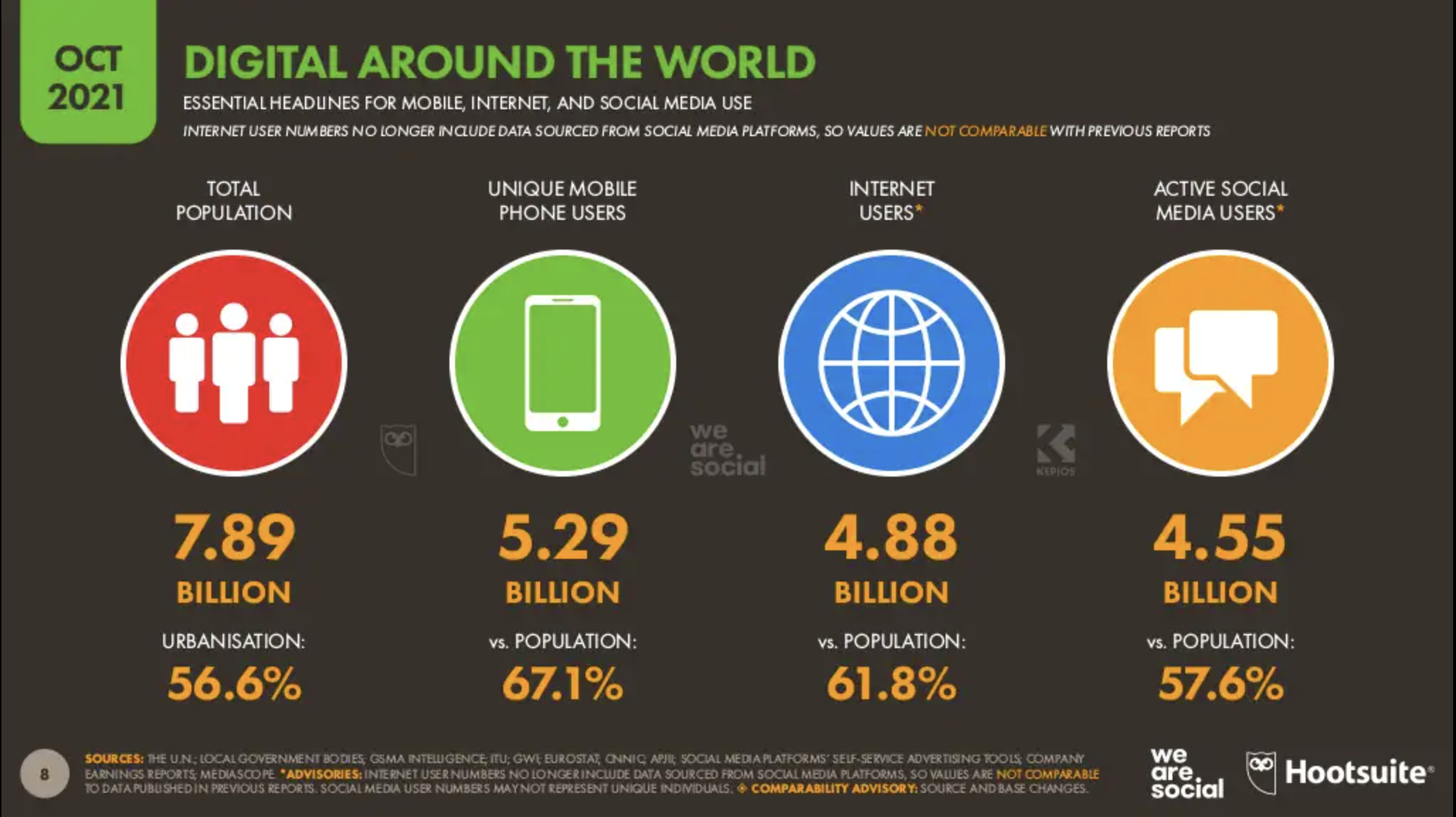 Let’s start with a look at the essential headlines for digital use around the world today:

These numbers provide some great context, but what does the latest data tell us about how people’s digital behaviours are evolving?

Let’s dig deeper into this quarter’s report to learn more.

The top story in this quarter’s report is that there are now more than 4½ billion active social media users around the world.

That figure is more than 400 million higher than it was this time last year, equating to year-on-year growth of almost 10 percent. 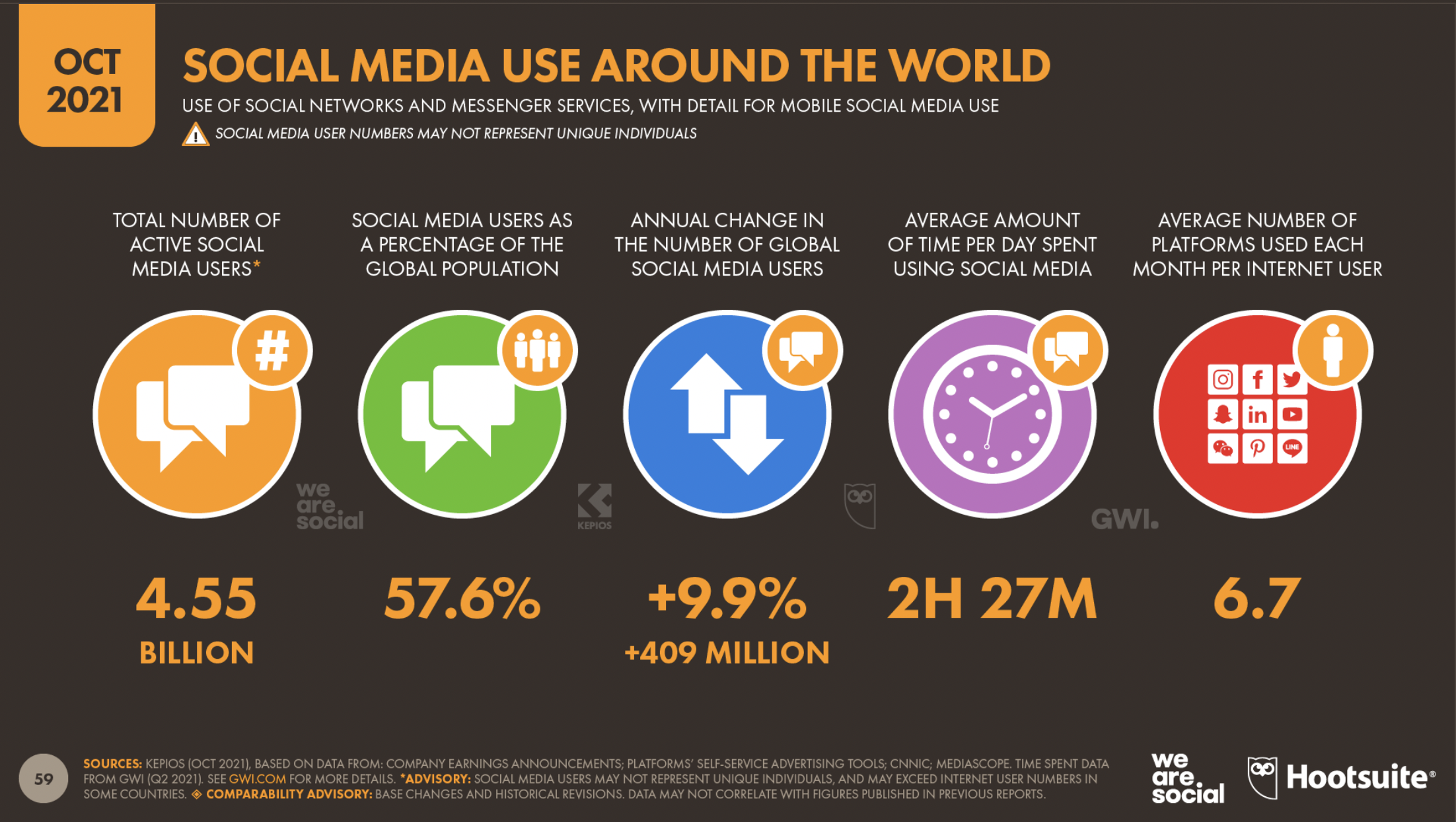 Current trends suggest that social media users will still pass the equivalent of 60 percent of the world’s total population some time in the first half of 2022. 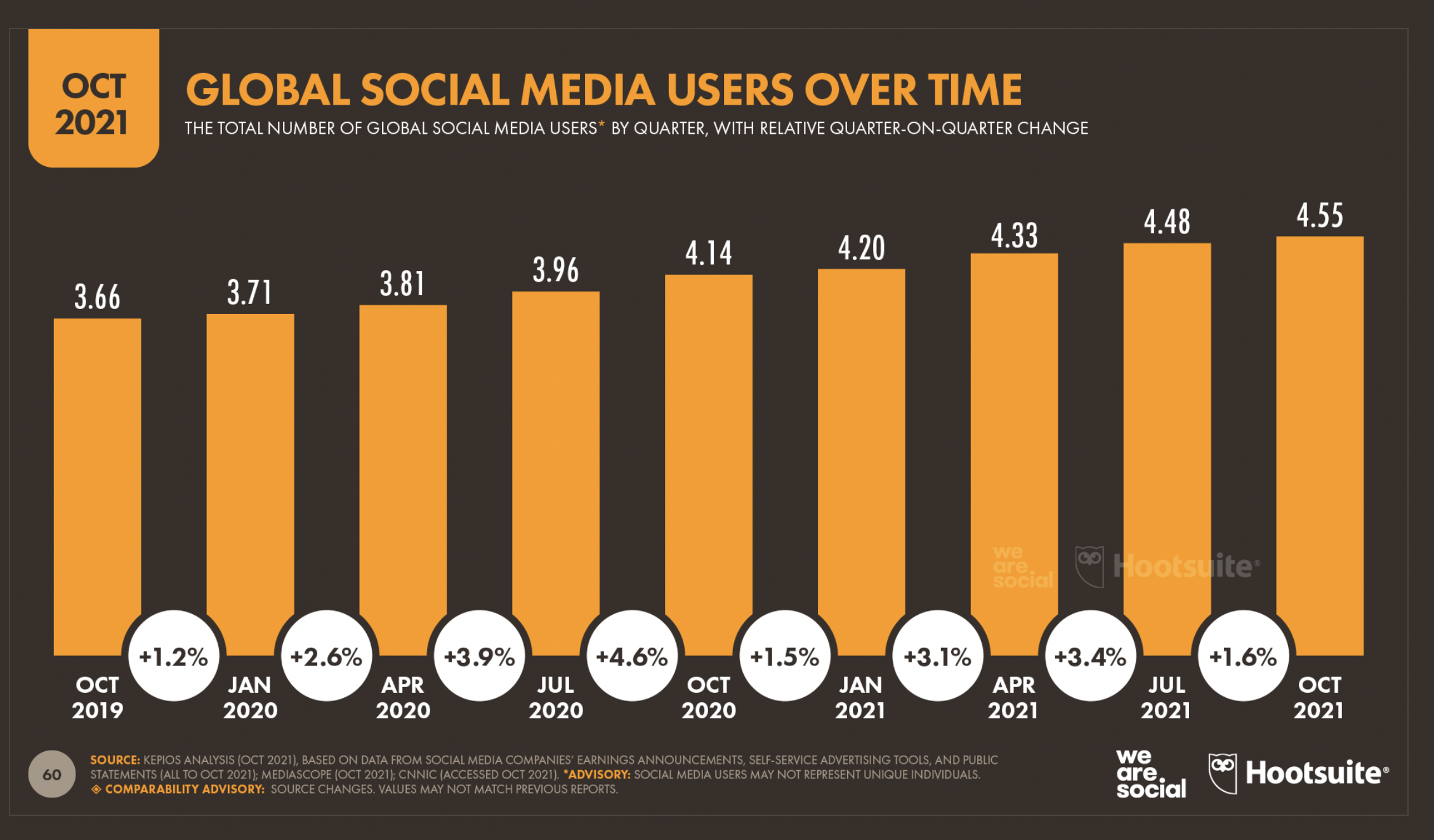 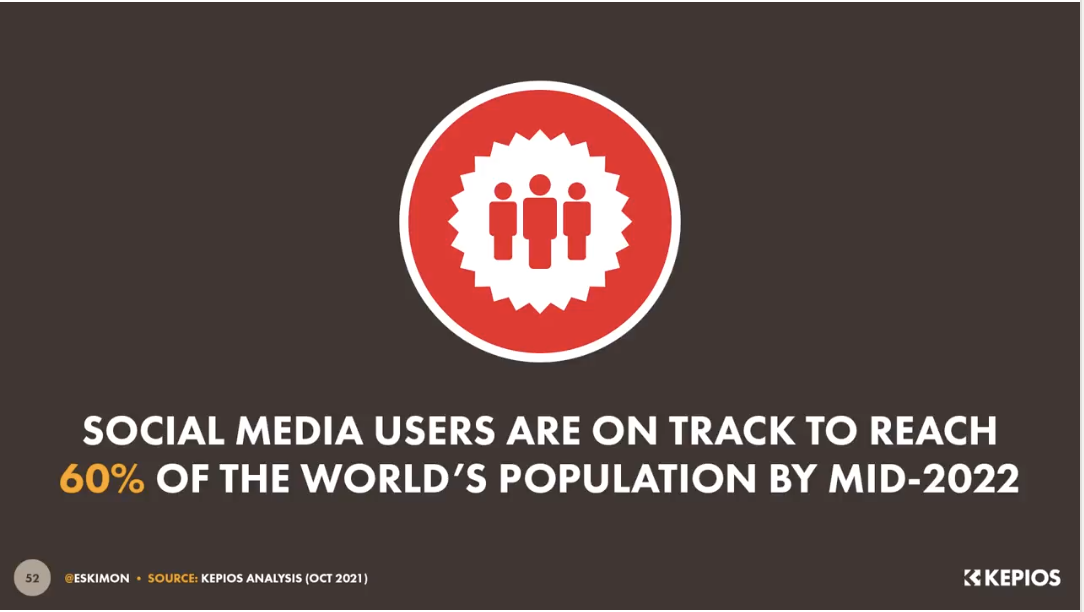 But many business still have a "digital hope" strategy.

They hope that somehow the millenials and Gen Z will come up with a digital plan, it's assumed as digital natives they will figure it out.

Social and digital in and organization is not a much of tactics, hints and tips.  Using social now is a business imperative and it needs a strategy and a methodology.

Our new Digital 2021 October Global Statshot Report – published in partnership with We Are Social and Hootsuite – is packed with impressive milestones. The Difference Between ‘Good’ and "Excellent" In Retail is Detail.
Stephen Sumner
repost  cancel