Here are 10 clichés from the world of LinkedIn

Or put it another way, why you are not getting anything from social.

I know that the world of social media and social selling for many can be confusing.

For 40 years, in the world of cold calling, people have called people up, interrupted them and then pitched their product or service.

For 30 years, in the world of spam email, you fire off as many emails as you can, interrupting people and then pitching.

Of course, social media comes along and you do the same?

You just interrupt and pitch.

Social media is like a networking event, you have conversations.

Here are 10 people that obviously don't see to understand what on earth social media is.

Even number 2., which was from a "social selling company".  Yes really!

If you are looking for help and advice, then DLA Ignite have a social selling and influence coaching and training course, which will transform your sales to modern, digital selling.

We all love a bit of flattery, the person "Paul" who sent this to me, made the mistake of having a summary title of "get more leads from Google" you just know a spammy pitch will come after you accept the connection request.

2. Believe in what you sell 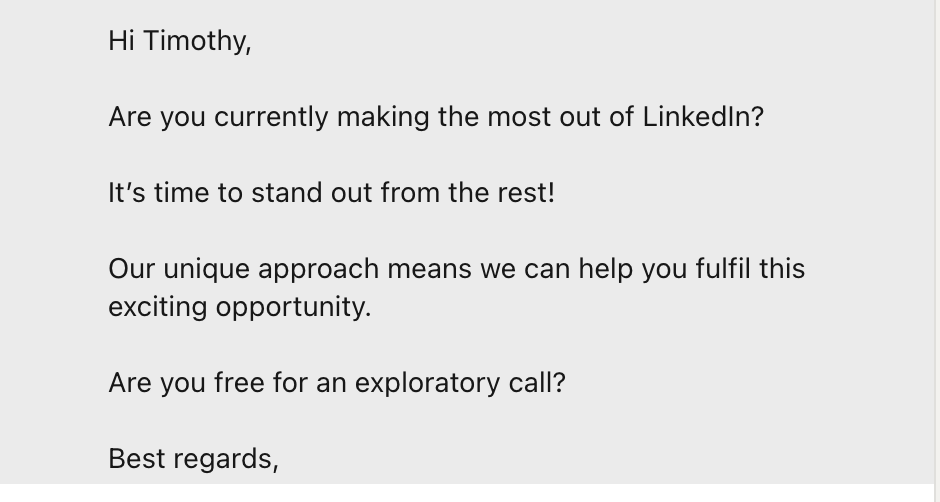 This person, only had 59 connections, there was nothing about them on their LinkedIn profile, in fact nothing showed that they stood out!  Why on earth would you buy from somebody who doesn't live what they sell? And they are a social selling company .... dur!

3. Of course you do, you are a salesperson

Love the fact you are passionate about your product, but this is still a pitch. Every company believes they can help me.  I was approached by a company that has an app that enables you to increase the number of car parking spaces in your office car park.  The salesperson said he could help me, even though I don't have an office car park and as we are a remote company.

There is an old joke: "How do you know a salesperson is lying?" Answer "Their lips are moving".

Salespeople have to understand, in this world we live in, nobody believes you.  You may have the best solution in the world, but if you come to me and pitch, I won't believe you.  You have a vested interest and I know it.

Here is a great example of somebody who wants to burn through as many connections as he can. He gives me no reason why he should talk with me.  And we all know, the next message will be a pitch. Yawn.

I have no idea and have no intention in understanding what Node Js, React Native, Ruby-on-Rails, etc is ..... I don't care how "genuinely excited" you are, it's a No from me.

I cannot think of anything more boring than following a company page.

I'm on social media for insight, to be educated and for entertainment and so are all your other buyers.

I know you love your company, it pays your salary and mortgage, but I and everybody else don't care.

6. Scraping data from Linkedin is not big or clever and will get you banned

This guy sent me an email, telling me how amazing, email marketing is. I can tell from my name, that he scrapped this data from LinkedIn.

Who buys from spammers anyway?

Simple way of dealing with this, he's now blocked on LinkedIn and I created a rule in email so that all future emails go straight into the bin.

I know the pitch for the automation people is compelling, but when I receive notes like this, I know you have used automation.

Nobody would ever address me as Timothy (tim) it makes you look like a total dork!

There are lots of ways people get around these automation tools, putting a dot before their name.

A fool with a tool, is still a fool afterall.

Add to the fact that I'm nothing to do with augmented reality!

First, you will notice that this person has used automation, so even on the first line it's a no from me.

But as I'm writing this article I'm interested in crap Linkedin connection requests.

We all know that automation on Linkedin is bad, we all hate getting it.

We all know automation contravenes the Linkedin terms and conditions, see clause 8.2 here 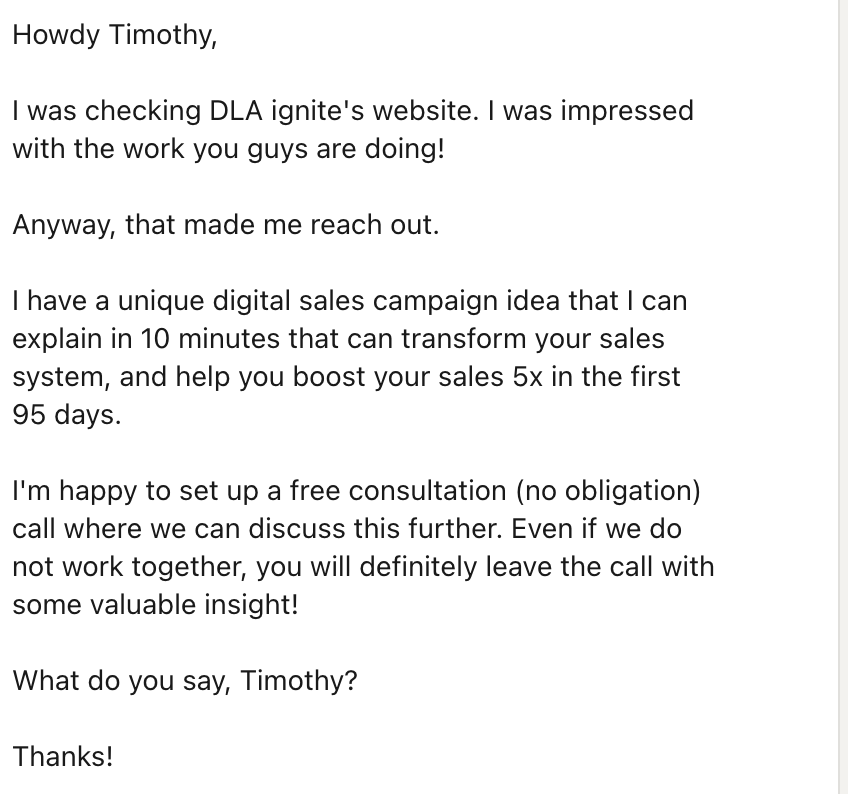 10. Linkedin is not a dating site 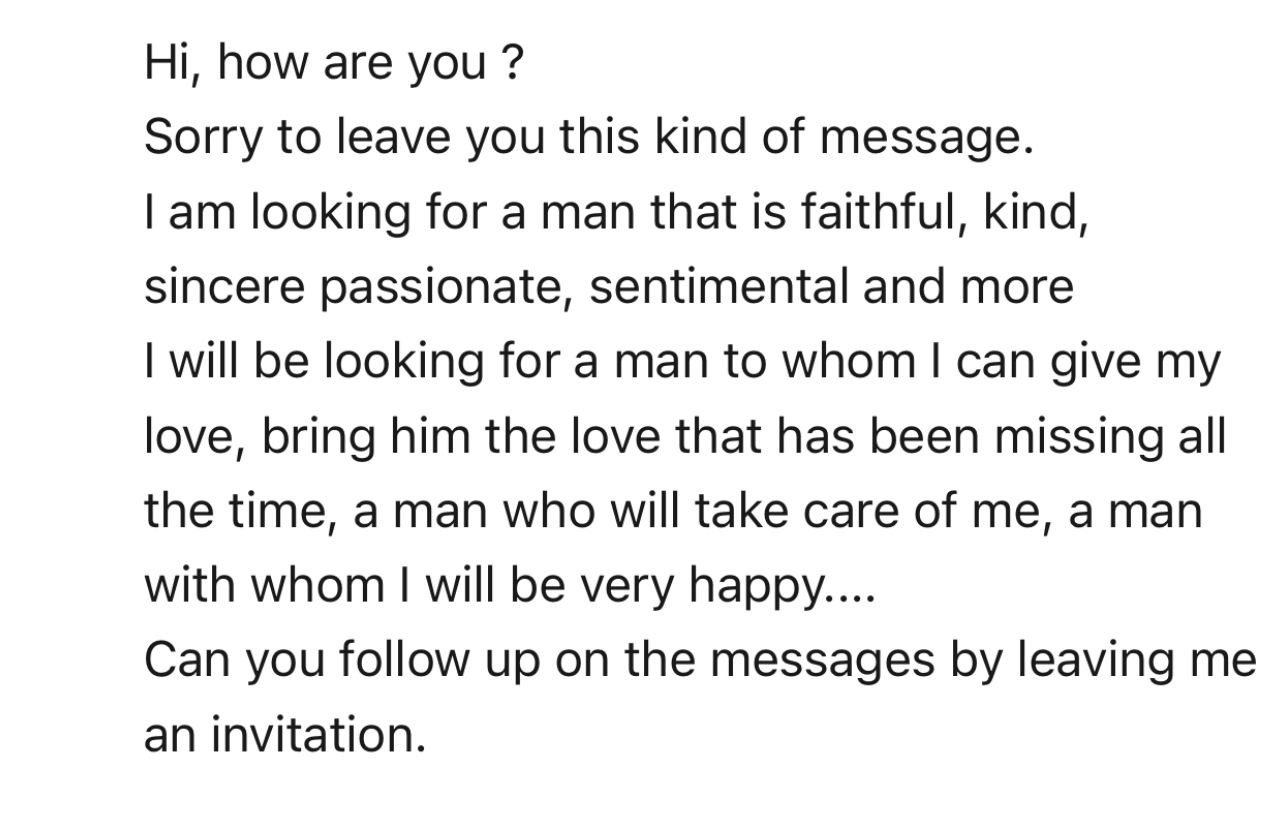 A good Linkedin connection request is a conversation starter, not a pitch.

What you want is a conversation.

In our social selling and influence training and coaching we teach exactly that, how to get conversations.

Pitches won't get you commercial interactions, conversations will. 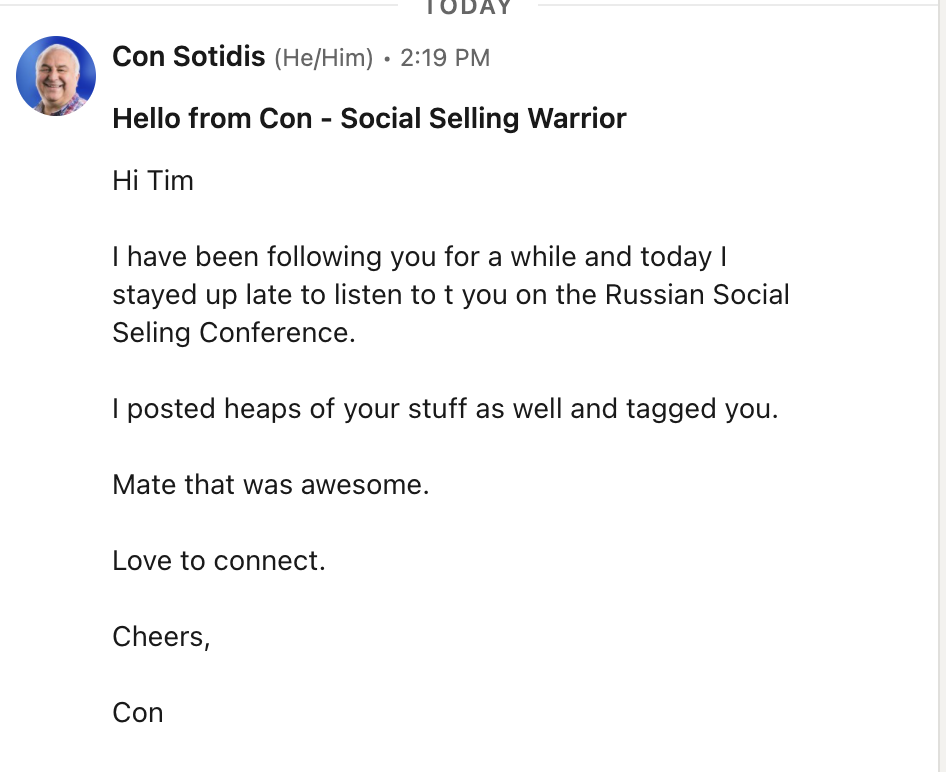 What do you note about them?

It's about me, it's not about you, your company and your product

Don't forget as a buyer I can smell when you are trying to be "me" centric when in fact it's all about you. 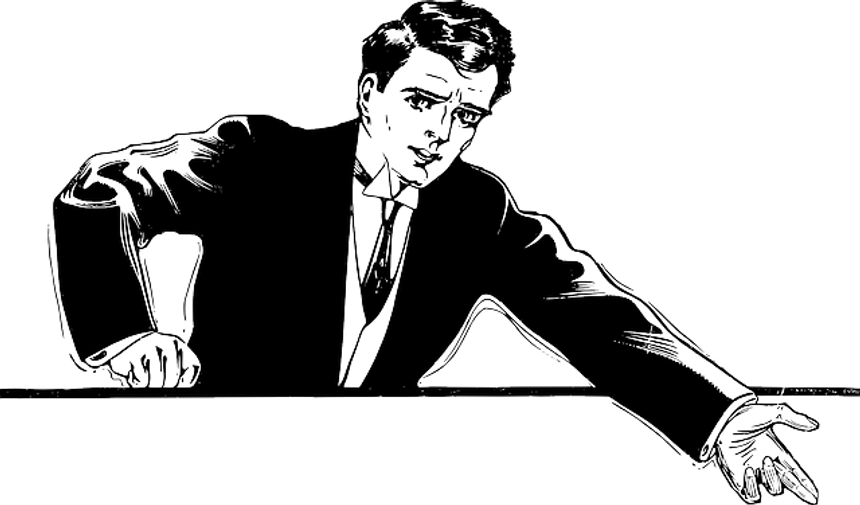