I've lived through a number of technology changes, do you still use Yahoo? Netscape? Lotus-123? Skype? Friends reunited?

These were all technologies that were going to change the world and of course they did, but what happened was that the world around us changed and they become irrelevant.

Let's look at the world of sales, when I first started selling you cold called (tele-marketered) it was the only game in town.  In those days, the only way you could buy the Payroll software I sold, was to talk to me as a salesperson.

Now I can use my mobile phone and look at Youtube videos about your products and services, Youtube will also have all your competitors.  Look at LinkedIn, it's full of salespeople, both yours and your competitors.

Think about it, cold calling has been hit by technology change, iOS 13 changed the game on mobile, now if your details are not in a person's mobile the call will go straight to voicemail.

Legislation changed the game with the introduction in 2018 of GDPR or the CCPA in California.

Certainly at a senior level gatekeepers are employed to keep cold callers (telemarketers) at bay.

When we see our mobile ringing and we don't know who it, we let it go straight to voicemail.

But there is a bigger problem with cold calls (telemarketing)

The problem with cold calling and anybody company or person that does it, is it pisses people off.

We also know from our own research that it destroys brand equity.

It's going to take a brave person to stand up in front of board and say, we are going to use a demand generation method that has a 98% failure rate and will piss off all of customers at the same time.

But that isn't all .... there is a bigger problem that Covid has caused.

Your buyer now think you are old fashioned and have run out of ideas if you cold call.

Not only does cold calling (telemarketing) have a low level of success it makes your company look like a bunch of old fashioned idiots.

When in a hole stop digging

There is a saying "when in a hole stop digging".  When you are in a difficult place, don't make the situation worse.

So here's the deal.  You are backing a broken demand generation process that makes your company the most hated in the industry and what do you do?

Buy a piece of software that makes you more hated, the drives away any brand equity you might have had. Really?  Sounds like business suicide to me.  This is probably the worst self inflicted business mistake that a company can make today.  OR ....

How do we get lead quality and quantity?

The latest figures from Simon Kemp shows that 4.33 Billion people, 55.1% of the world's population are on social media.  We also know that because of Covid, all of our clients are there.

Now, think for a second, how about, if I could drop by your place, pick you up and drive you to a place where all your prospects and customers hung out.  All you had to do was grab a coffee and start having conversations.  If I said I could take you to such a place, would you come or would you stay at home pissing people off (sorry cold calling).  You would come right?

This is social selling.  The only limiting factor is how many conversations you can have.

If you want quantity of leads, is social is where you need to be. 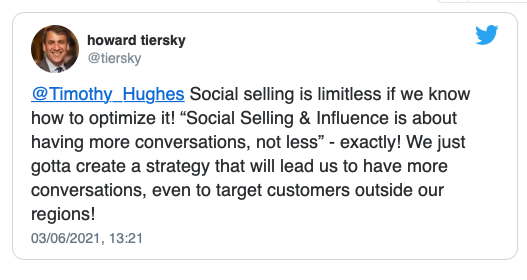 You want quality, we got that as well

You want lead quality and quantity, then stop wasting money on software that is propping up a dead set of processes and move into the 21st century.  Who's doing this?

What are other companies are doing this?

OK, but what does McKinsey say?

Time to join the dots... 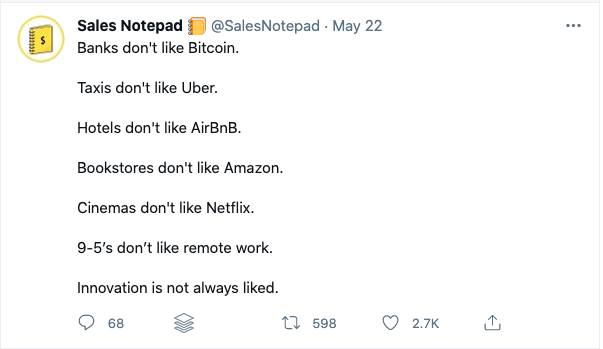 Forty-six percent of business-to-business (B2B) sales reps list lead quantity and quality as their top challenge. That’s perhaps why Gartner predicts that by 2025, 60% of B2B sales organizations will transition from experience- and intuition-based selling to data-driven selling, merging their sales process, sales applications, sales data, and sales analytics into a single operational practice. The stakes are high, given that suboptimal and delayed leads can have catastrophic effects. Harvard Business Review found that there’s a 10 times drop in lead qualification when reps wait longer than 5 minutes to respond and a 400% decrease when they respond within 10 minutes versus 5 minutes. 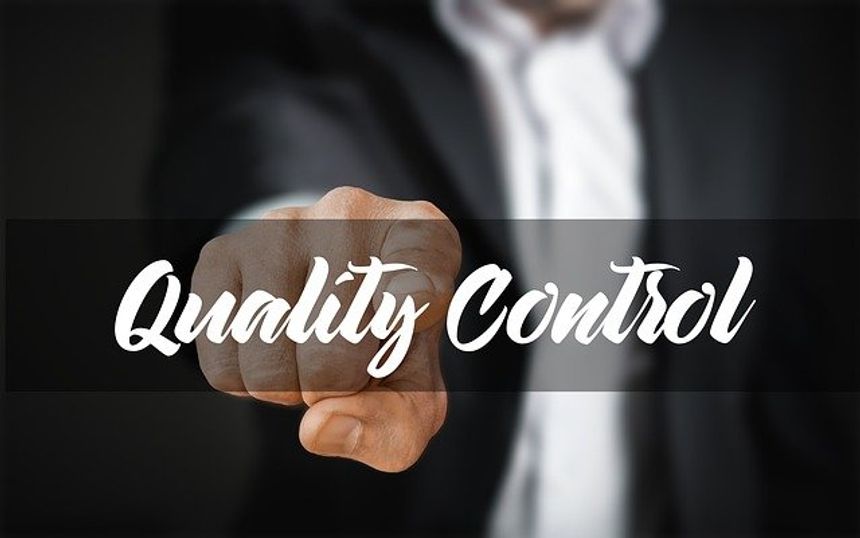