Interesting research that the states that the B2B customer is totally indifferent and actively disengaged.

I have to admit it's from 2016, which is a lifetime away in the world of digital transformation, but has anything changed? Actually maybe things have got worse with Covid19?

If you think about how sales and marketing works right now. You pay for advertising, sponsorship, maybe write a white paper and collect emails, you then send emails to those emails and hope that all of that cost enables you to put a customer in front of a salesman.

Somebody told me that because as that wasn't "working" they were going to come up with more "killer proposals".  Really?

The problem is that this process is broken.  It does not matter how much you have mapped your customer journey, it changed anyway, during lock down.

There seems to be a number of "strange" versions of what social selling is, but I can tell you that it isn't selling on social.

I know one company that uses inmails to (spam) executives with product brochures.  I recall being told my their head of marketing about this.  So I asked the General Manager who was in the room, what he did when he got an inmail? He said he deleted them, didn't even read them.  So I asked the Head of Marketing what she did when she got an inmail? She deleted them, didn't even read them.  They didn't seem to get that their "idea customer" is just like them.  I'm just like them, send me an inmail and I delete it.  It's just spam on a social network.

I got off a call with a sales guy who uses social to "sell" and he said he was fed up with the number of people that just click "no thanks" to an inmail.

We know somebody else, that is getting their senior VP to send videos with connection requests.  What do you think? Of course, nobody is opening the emails. it's just more noise that we could all do without.

I've just seen somebody write a blog which is saying that things have changed in covid19, so now we do "pitches" using online technology, like zoom.  The thing is, nobody likes a pitch and we know from research like this that nobody is interested.  Again this isn't social selling, it's pitching on social.

So while the research is from 2016, it would seem that the B2B customer is totally indifferent and actively disengaged.

How about in September, October and November this year we try a different approach.

Eric Doyle, he's a partner of ours. He's posted about the fact that he has started riding his bike again.  So what I hear you say!

One of our clients sales guys as created the same number of "clicks" with a single Linkedin post (for free, it took him 20 minutes) that whole of his marketing team created last quarter with paid media.  OK I lied, it was a few clicks less, but almost the same .... so when we scale that across the sales team of course, the sales team is creating more qualified meetings, for free, than the marketing team on paid media.

B2B customers were already ‘distant’ and indifferent Before now, the level of client engagement and satisfaction of B2B customers was already low, when compared to what we see in B2C. According to Gallup: only 29% of B2B customers are engaged, while 60% are indifferent and 11% are actively disengaged only 54% of B2B customers strongly agree that their sales or account teams are trusted advisers So, given this already low base, how can organisations learn from the current period, navigate this moment, prepare for and excel in the new normal? Is it as simple as adapting how you sell to your customers given distancing? And what about how you service, support and nurture relationships with the current and likely short/medium term restrictions? 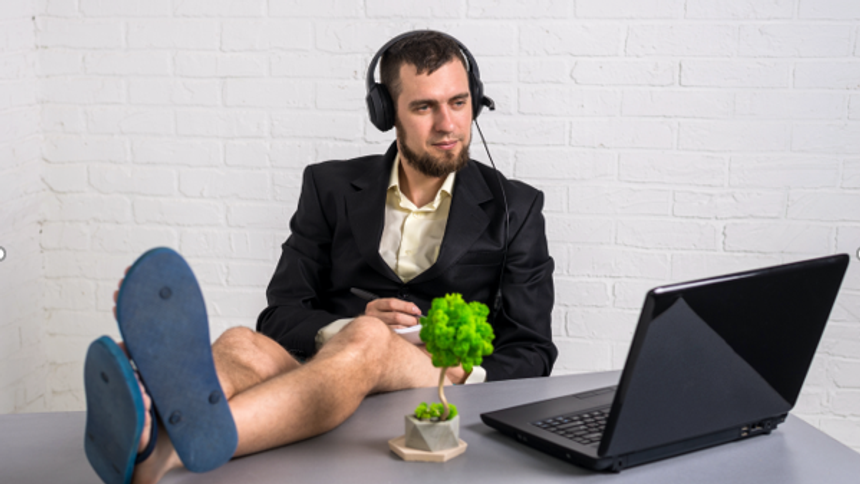 Your customers are savvy today. They see advertising rhetoric for what it is, they are skeptical about any claims a company makes
Tim Hughes
Recent posts from Digital Leadership Associates