Maybe I missed that day at school.

Put simply, asynchronous communications is where you communicate and don't expect an answer.

synchronous communication is where you communicate and expect an answer.  Like a conversation, you speak and I listen, then I speak and you listen.  Just like the goal we all drive for in sales, a face-to-face meeting.

Sounds like a load of posh words Tim, why does this matter?

It's a good way to group forms of communication

1. Examples of asynchronous communication is brand marketing, often called "push marketing" where brands push out a message, hoping that somebody will pick up on it and like it. It was used a lot in the 1930s to 1980s, before the internet was invented.  Examples are all forms of interrupt and broadcast selling and marketing, such as cold calling, email marketing and advertising.

If you think about advertising, a billboard or an advert in a magazine, you place it in the vain hope that somebody will respond.  Research shows that there is a 98% failure rate, either way, you don't expect a response.

Email marketing is similar, you fire off as many emails as you can in the hope that somebody will answer.  Here again, Hubspot (and they sell email marketing systems) proved recently that email marketing has a 98% failure rate.  If you think about it, your prospects inbox is probably the most noisy thing there is in the world today.  As you know, most people just give the inbox a cautionary glance, which is why there is so much "manipulation" in the market just to try and get people to open the email.

(I still think it's bizarre that people measure "open rate", it has no connection with revenue generated.  Which is after all the only measure we should place on any sales and marketing activity).

Cold calling, is asynchronous communication, you call people up and pitch, again you know if there is a cold call, the caller will have some script where the answer will manipulate you to get to a "yes".  You are not allowed to talk or have a conversation.  So you are rude to get rid of the caller, or don't both taking the calls.  If you are like me you let cold calls go straight to voicemail.  Either way, it's asynchronous, a one way dialogue.

2. Where as synchronous communication is two way ..... a conversation.

Conversations drive sales. As a salesperson and a business, your biggest issue stopping you get pipeline is your lack of conversations.

Our goal in sales is to always get face-to-face meetings, why? because that is a conversation.  This is the best form of sales "forum", but to get meetings you must be using conversations to get conversations.  Shouting at people through the phone, email or adverts, does not drive meetings.

So how do we create conversations? ....... social media  After all, it's all in the name, social on media. 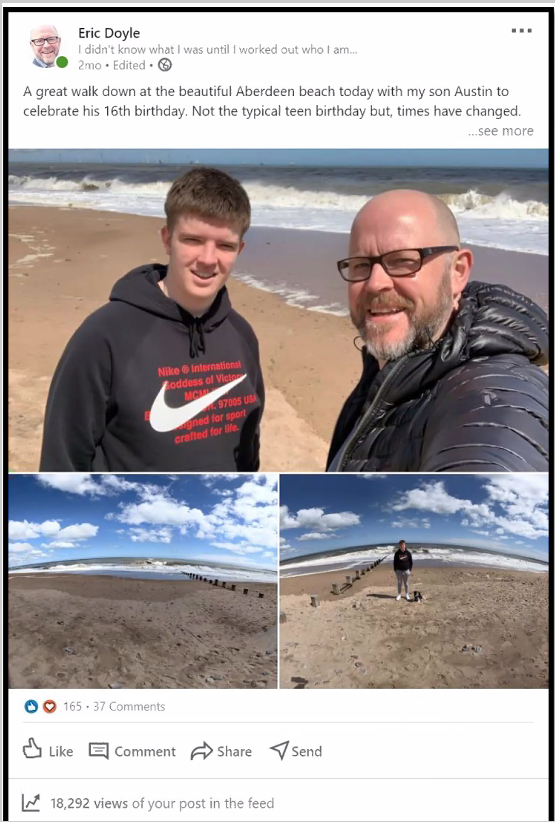 This is Eric, part of the DLA Ignite team and he posted this.

The photos are of Eric and his son Austin, it's was Austin's 16th Birthday and it was a lockdown Birthday.  Eric posed the question in the LinkedIn post, what will happen to our young people because they are missing out on a social life.  This created a conversation.

The conversation was so much so that 18,292 people viewed the post, it created 165 likes and 37 comments.  (It's worth saying that this only took 10  minutes to create this post!)

How come?  Because if a person likes or makes a comment on your post you have something in common.

Filter that down, Eric got 6 C-level meetings, was asked to submit 2 proposals and got one purchase order from this post.  That only took him 10 minutes to create.

This is how social media (and synchronous communication) is the only game in town when it comes to creating pipeline, fast and how you will scale your business. Fast!

But my local sales guru say that social selling is about posting and waiting. Really?

From the example above, clearly it's not.  Not sure how your local cold calling guru knows anything about social selling, but for the above statement, clearly they don't.

These people need to stop living in the past.  Today's' challenges will not be solved by yesterday's processes and tools.

If this article has been useful and you think it would be helpful to your network or individuals then please share it.  Please also tag in the individuals.

Can I get a consistent prospecting framework for managers with social selling?

Can I get complete visibility to measure and monitor each reps results with social selling?

Can I gain an effective prospecting framework with social selling?

Can I unblock deals with social selling?

Can I get more meetings with VPs with social selling?

Can I get on more short lists with social selling?

Am I being outsold by my social selling competition?

Can social selling stop prospects from ghosting me?

Can I influence the buyer's journey with social selling?

Can I optimise my selling time with social selling?

Can I gain a competitive advantage with social selling?

Can we make our ABM program a success with social selling?

Can I get banned from LinkedIn if somebody else manages my profile? 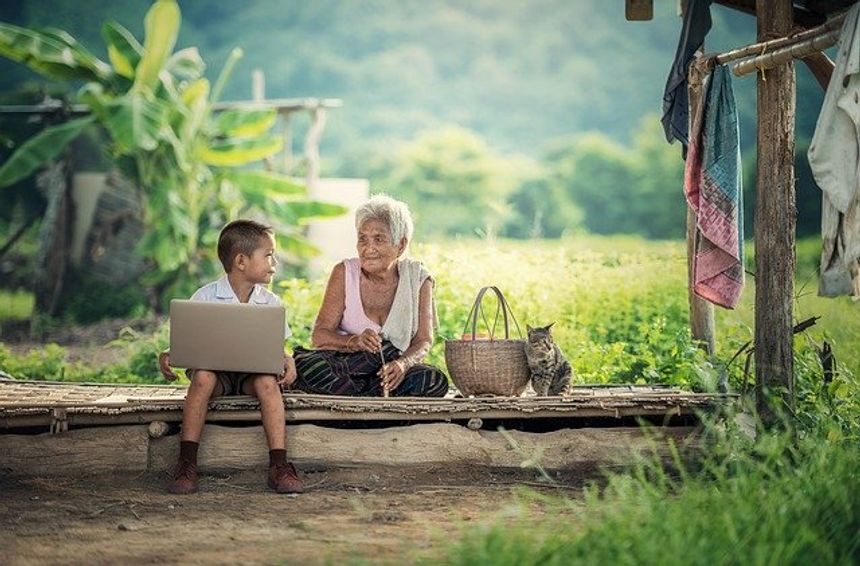 I have this list of competitive target accounts, how on earth am I supposed to sell anything in them? It's simples ...
Tim Hughes

It's no longer the 1990s, your CEO has to be on social media, it's as simple as that
Tim Hughes

What we want, is the stuff we're doing, to start working .... It won't
Tim Hughes

Research: How CEOs are getting ahead of any coming recession
Tim Hughes
Recent posts from Digital Leadership Associates

Is Your 4.5 Star Review Site Score Genuine Or Are You Just Gaming The Customer?
Stephen Sumner
repost  cancel