In this research by Cognizant, they make a number of great points about how the world is shifting, away from analogue and has shifted to digital.

The report opens up with the following quote

"We hold these digital truths to be self-evident ... As enterprises around the world attempt to chart a course for the post-COVID environment, one thing is clear:Digital competency is the primary competency moving forward."

They then go on and mention the analogue and digital business divide, something we have been seeing since 2019.  This is where digital companies accelerate and analogue companies start to fall behind.  This report goes onto say:-

"Since conducting our first Work Ahead study in 2016, the NASDAQ index has more than doubled;in contrast, the S&P 500 is up about 30%.1 “Digital” has clearly won on the only score sheets that really matter. Organizations that rode the wave have done well, and those that didn’t have fallen behind."

Let's talk about a case study, of where there is a clear divide opening up between digital and analogue companies.

Back in 2019, (even before Covid) a BMW dealer got 28 piece of inbound from LinkedIn.  They converted 14 of these, if we assume the average BMW is $50,000, that's an additional $700,000 for $zero marketing outlay.  Not bad for an investment of working with social.  Where as their competitor, Jaguar Land Rover (JLR) stopped production as they couldn't sell any cars.  JLR blamed it on market conditions, but they were the same marker conditions that BMW were selling under.  This is where we are seeing a divergence of digital business and analogue business.  The Cognizant report goes onto state:-

"As 2020 began, this truth was obvious to some, (that you needed to be digital) but not all. As 2021 begins, it’s completely self-evident.COVID-19 has exposed the pre-existing condition of many organizations around the world: that they were pre-digital enterprises, unfit for purpose in the modern world, holding on (just) through custom and inertia – their own and their customers’. As the world migrated online (in many aspects, permanently) during the spring and summer of last year, those that had laid the foundations for a fully digital future saw these investments pay off. Those who had hemmed and hawed saw their indecision become final."

They go onto say:-

"The findings in this report support our hypothesis that the era of “digital as theory” is over, and we are now deep in the era of “digital in practice.” It is now patently clear that for the core tools and techniques of digital transformation that are now in some cases 20 years old (i.e., cloud computing), it’s irrelevant to debate their relevance. The work ahead is clear; fine-tuning it is the work at hand." 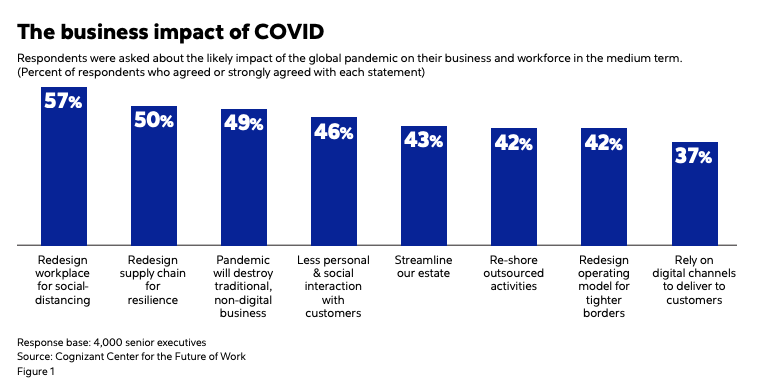 "Nearly half of respondents (49%) expect the pandemic to destroy traditional, non-digital businesses and those that don’t move online aggressively enough .... and well over one-third (37%) say they’ll need to rely on digital channels for customer interaction."

"As Shakespeare wrote, trouble seldom strikes as “single spies,but in battalions.” COVID hit at a time when many 20th century organizations around the world were struggling to retool forrelevancy in markets operating at 21st century speed."

I've written before about a "K" shaped recovery.  This is where digital business survive and thrive in the pandemic, new normal.  Whereas, analogue businesses, dwindle away to obscurity.

It would seem that research is now backing this up.

What's more, Cognizant reports that almost half of those surveyed (49%) believe the pandemic will "destroy traditional, non-digital businesses and those that don't move online aggressively enough"

But Tim we are all over social

Often companies say to us "we are all over social".

When they explain, it is because somebody is posting on the Linkedin page, maybe once a week or once every two weeks.  I was told today about a company that posts "corporate posts" every day on social.  And the result?  Nothing.  Because nobody is interested in corporate post.  What it shows is an analogue business desperately trying to be digital and failing.

The other week a CEO sent me a post where he had received 40 likes. 35 of the likes were from his staff and the other 5 were from mates.  This is all tactical, in other words this isn't strategic.  It's just a random act of social and people are posting in their own echo chamber.  This isn't being "all over social", if you business is doing this you need to stop.

You might be on social, but this isn't digital dominance, it won't "move the needle".

In fact, this is a cost to the business, not a revenue generator.

What ROI could we expect by taking social strategically?

Typically, when an organisation starts to gain traction each year we would expect the salespeople to generate an average of £500k- £1m in pipeline and in excess of 200,000 views of their content per person as well as creating some fantastically targeted content that really engages the people in their target accounts.

This is making a difference, and this is "moving the needle".

Just give me, or one of the DLA Ignite team and hour of your time and we can walk you through what we are doing to transform businesses.  This is all done in the form of case studies.  Companies just like yours, realising that they need not to be just on social, but digital dominance is the real competitive advantage today.  No hard sell, just practical examples.

DLA Ignite has become the market leader in social strategy transformation.  We are also a global business and understand that a "cookie cutter" approach to digital does not work.  Which is why we have built teams across the globe, that can support you by country and industry sector, we have to take into account local language and cultural sensitivities.

Nearly half of respondents expect the pandemic to destroy traditional, non-digital businesses and those that don’t move online aggressively enough. 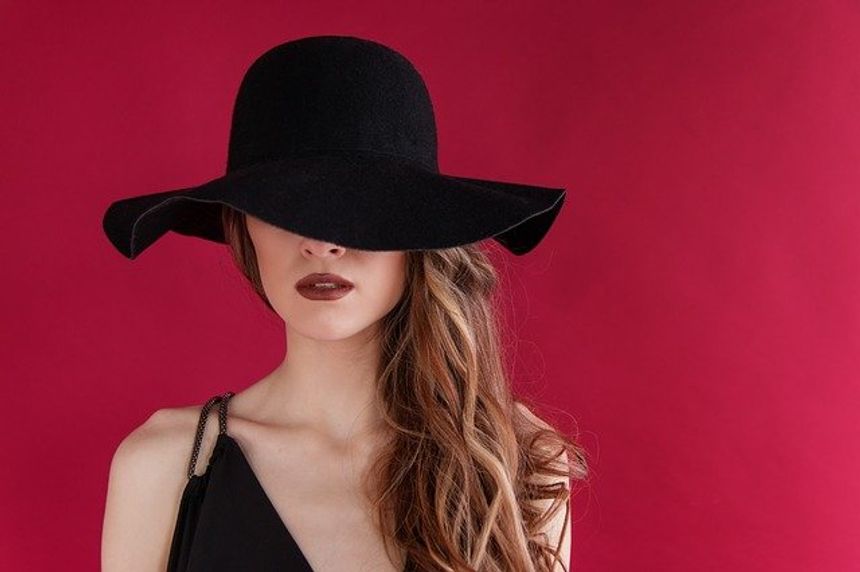