We run a training course for our Associates and Partners at 15:30 UK time on Mondays.  It's a great session and exchange of ideas, for some people it's the start of the day, for some it's the end of the day and for others (like me) it's the middle of the day.

The subject turned today to a discussion about brand vs employees.

We talk about Nike, probably one of the world best known brands in the world who use Michael Jordan to sell their products.

We also talked about how companies today, still don't get that nobody is interested in the brand.  But we are interested in its people.

We build relationships with people.

If you are talk about your company on social media, in a universe of 700 million people, you are instantly forgettable.

If you talk about yourself, your beliefs, you are memorable.

In fact we have research on this, which my business partner Adam Gray has shared here.

NB: I'm old enough to know that not everybody likes me, which is great.  If somebody does not like me, and don't like what I post, then that is great as they will never buy from me so I have qualified them out.  This is one of the great process efficiencies of social, you can qualify people out and not waste your time.

The One Thing We Are All Good At

As buyers we all have access to an infinite amount of data, but we can never work out what differentiates you and your company and its products.  Apart for one thing.  People.

If I started naming people in this blog you would say, I'm sure, I like that person, I hate that person.  Even though you have never met them.

It's part of what makes us as humans, probably part of out safety mechanism.

The reason why "speed dating" is a success, because within seconds you can tell if you like (or dislike) somebody.

The Mistake All Companies Make

Marketing, even today is wasting money on brand and not investing in the single thing that will get you ahead of the competition, especially during this pandemic.  Which is the power of your people.  Because we understand people, we cannot tell your product from another product.  But as I scroll through my news feed, I know if I like you or I don't.

Humans are social beings, ever since the days of when there was just a few of us on the serengeti, we realised that if we formed a group and talked to each other we had a better chance of not being eaten by a sabre-tooth tiger that day.

Forming clubs, societies, unions, Facebook groups, whatsapp groups are all ways that we can be social.  Being social is a survival instinct, so much so that we don't even need to "think" about a person, we "know".

How many people have you spoken to and somebody says "I just know I will like you when I meet you".  Liking, and disliking people is hard wired in our brains.

The Came Along Social Media

The great thing about social media is in its description.  It's social.

Something we humans are good at.

To give you some idea about how social media and knowledge of the world has spread a friend of mine was on a Safari in Kenya and he had a discussion with the Maasai Mara on whatsapp, over the wifi as to if Manchester United football (soccer) club would win the league that year.

Let's Do in Sales and Marketing What Comes Naturally?

If we are good as humans and working out which people we like and which people we don't like and we cannot work out the difference between products and services. Surely the plan should be, as a business to differentiate ourselves will be to use our people front and central to the business.  This could be a unique selling point (USP) or a competitive advantage.

Best if you don't "nickel and dime" this and don't "try and reinvent the wheel" but look to our a company like ours that have been helping companies do this for years.  So they have a methodology that you can just tap into.  No need for you to make mistakes and will get you up and running, quicker.  Of course, I'm biased, but I thought I would mention it.

But who's doing this?

Simon Kemp in his DataReportal analysis shows that 3.96 billion people use social media today, accounting for roughly 51 percent of the global population.

Put simply, this means that more people now use social media than do not.

This milestone is all the more impressive when we consider that most social media companies restrict the use of their platforms to people aged 13 and above. In fact, the latest numbers indicate that nearly two-thirds (65 percent) of the world’s total ‘eligible’ population now uses social media.

And adoption is still growing rapidly. Worldwide user numbers have surged by more than 10 percent over the past 12 months, with an average of more than 1 million people starting to use social media for the first time every single day since this time last year.

With more than 376 million new users since July 2019, that translates to almost 12 new users every second, suggesting that user numbers are growing even faster today than they were at the start of 2020.

Explain why. Most employees have no idea the impact they can have when they engage with the content your social media team creates. When they know the impact it has on increasing sales and recruiting top talent, they’re more likely to get involved. According to the 2017 Edelman Trust Barometer employees are the most trusted sources of information in a company. It’s likely that your people have no idea that’s the case. Share these stats from MSL Group with your people: 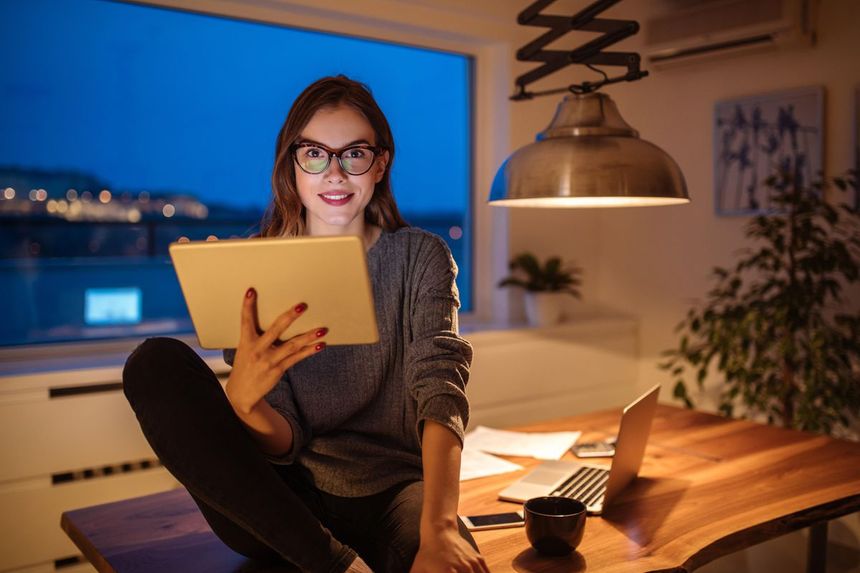