My partners 25 year old son has said he is going to leave London and work in Barcelona.  And why not?

He worked in the travel industry and got laid off early on during the Pandemic, but got himself a new job, through use of LinkedIn and his network within two weeks.

His new job is part of the Covid way of life.

He was interviewed online, he was on boarded online, his first day at the new job was on line. He has been to the office, but it's an exception not the rule.

So when he said he wanted to work in Barcelona, we said "go for it" and his company agreed.

In fact, Simon Kemp research states that now 40% of the world's working population are now on social.  They are not looking at ads.  In fact, social media is no longer a destination, it's where we live, and work.

Let's Look at The State Of Advertising

WPP's figures have now declined 3 years on a row.  That certainly reflects the world of advertising, where to get the same results, you have to spend more.  Even without Covid_19 there is a clear downward trend.

Add that to the figures, that are part of this article and WPP revenues have declined by anything from 20% to 40%.

Drill Down on The Figures

If you drill down on the figures, WPP CEO, Mark Reed admits they are diversiving out of advertising.

"The fact that WPP’s revenues did not drop as much as ad expenditure, which was down 20% to 40% in many key markets in Q2, was a sign that the group is diversifying beyond communications in three other areas – commerce, experiences and technology – and that Covid-19 is accelerating change"

But What About Ad Fraud I hear You Ask?

If you want to understand ad fraud, please watch my two interviews.

While people are still spending money on advertising, is this because "we have always done it that way" or because their marketing agency or advertising agency tells people to.

Where Are Your Customers?

From the research above it would seem that your customers are on social and rather than looking to be interrupted, and being broadcast at. They are looking to be educated, they want insight, they want a conversation.

Maybe it's time to shift that budget from advertising to social?

You can catch me here

By sector, there was relative strength in marketing technology, ecommerce, public relations. Then if you look at our business, [it performed better with a 15.1% decline] relative to media advertising spend [in terms of total expenditure] that was down 20% to 40% in most parts of the world. Adspend in the second quarter was down 22% in the US whereas our business was down 10%. In the UK, you saw ITV’s results [where ad sales fell 43%] and we were down 23%. 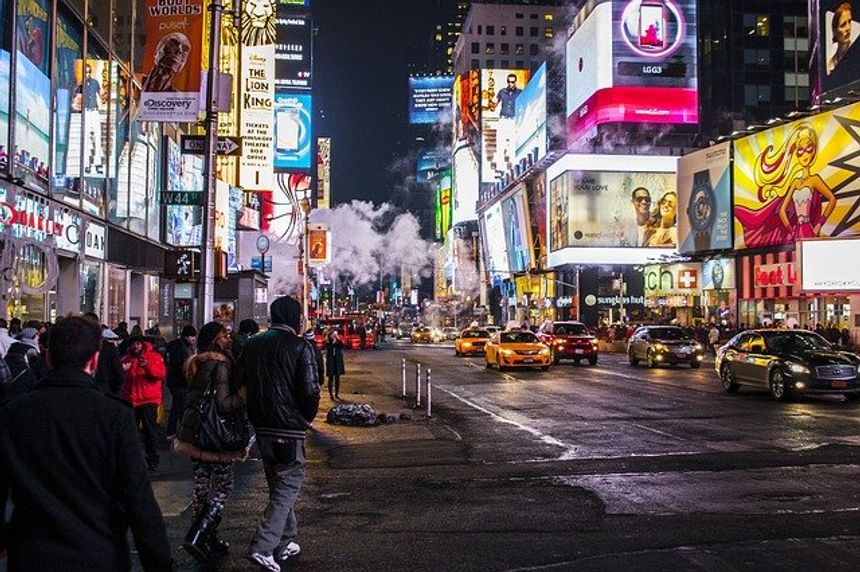