I spotted somebody on Linkedin the other day talking about the importance of "brand".  It would seem that brand, rather than leads during these difficult times was more important.

If you do come across a company that says "buy my product, but it's shit" you will let me know won't you?

I was told about a company that has tuned it's SEO (Search Engine Optimisation) for the term "ERP".  ERP, being Enterprise Resource Planning, what we ordinary people call, accounting systems.

Which is the point. The vendor and only the vendor calls it ERP, we all call it accounting software.

The person that told me said the only people that search for the term "ERP" are people working for his company and other vendors that understand and or use that term.

It's a classic example of how a company "smokes it's own dope" or "believes it's own BS".  This was all done in the name of "branding".  The vendor says they are the "number one vendor in ERP" are totally meaningless statement as nobody, well the people they are trying to sell to, understands what ERP actually "mean".

The One Thing We Are All Good At

As buyers we all have access to an infinite amount of data, but we can never work out what differentiates you and your company and its products.  Apart for one thing.  People.

If I started naming people in this blog you would say, I'm sure, I like that person, I hate that person.  Even though you have never met them.

It's part of what makes us as humans, probably part of out safety mechanism.

The reason why "speed dating" is a success, because within seconds you can tell if you like (or dislike) somebody.

The Mistake All Companies Make

Marketing, even today is wasting money on brand and not investing in the single thing that will get you ahead of the competition, especially during this pandemic.  Which is the power of your people.  Because we understand people, we cannot tell your product from another product.  But as I scroll through my news feed, I know if I like you or I don't.

Humans are social beings, ever since the days of when there was just a few of us on the serengeti, we realised that if we formed a group and talked to each other we had a better chance of not being eaten by a sabre-tooth tiger that day.

Forming clubs, societies, unions, Facebook groups, whatsapp groups are all ways that we can be social.  Being social is a survival instinct, so much so that we don't even need to "think" about a person, we "know".

How many people have you spoken to and somebody says "I just know I will like you when I meet you".  Liking, and disliking people is hard wired in our brains.

The Came Along Social Media

The great thing about social media is in its description.  It's social.

Something we humans are good at.

To give you some idea about how social media and knowledge of the world has spread a friend of mine was on a Safari in Kenya and he had a discussion with the Maasai Mara on whatsapp, over the wifi as to if Manchester United football (soccer) club would win the league that year.

Let's Do in Sales and Marketing What Comes Naturally?

If we are good as humans and working out which people we like and which people we don't like and we cannot work out the difference between products and services. Surely the plan should be, as a business to differentiate ourselves will be to use our people front and central to the business.  This could be a unique selling point (USP) or a competitive advantage.

Best if you don't "nickel and dime" this and don't "try and reinvent the wheel" but look to our a company like ours that have been helping companies do this for years.  So they have a methodology that you can just tap into.  No need for you to make mistakes and will get you up and running, quicker.  Of course, I'm biased, but I thought I would mention it.

But who's doing this?

Covid19 has seen a 50% increase in social media usage. 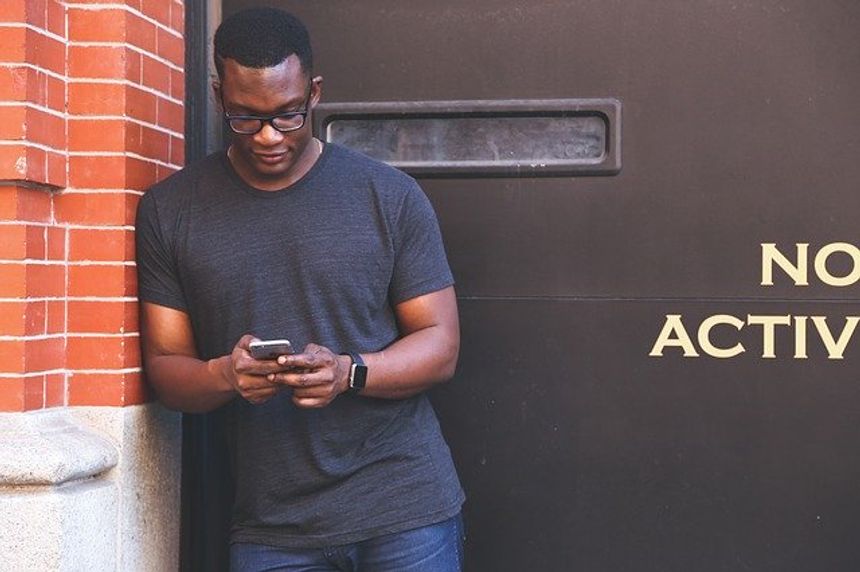