I have been doing some deep dive 'go to market' research for a client of mine around those pesky 'yoots' known as the 'Gen Z people'.

Here's some highlights from the journey I found myself on - my summary is (apart from it being a massive opportunity) if you don't understand enough about this generation and your competitor does the chances are they will no doubt win out over you time after time.

To really understand this generation it's not just enough to know where they hang out on social media - it's about understanding what they do, and why they do it.

It's no surprise that just like millions of others around the world my use of social media has dramatically increased, especially on LinkedIn and Twitter as I try to keep up to date with sentiment and behavioral changes as a result of the crisis.

Whilst social media platforms have been around for many years, it also seems that businesses are only just working out that shifting their pre-Covid 'advertise and promote' thinking into what is a 'social' environment isn't cutting in.

And my social feed is different than Gen Z - well, almost!

The one area that brands struggle to understand is that of Gen Z.

Many brands and companies seem to dismiss this generation as an irrelevance because they seem to lack spending power - but is that true and what 'influence' do they have over the household budget?

This new, younger generation identifies as a distinctly different group in both behaviour and mindset.

The first generation to grow up immersed in technology, the internet, and social media, so they are remarkably digital natives, hyperconnected, and informed.

Gen Z members are innately talented and skilled in using social media platforms; technically, they are the only demographic exposed to social media since birth, it is an integral part of their lives.

Instagram is facing fierce competition for younger users. In fact, TikTok (29%) recently surpassed Instagram (25%) as U.S. teens’ preferred social platform (both behind Snapchat). TikTok’s 100+ million monthly active users prove that the platform is here to stay. The platform’s user-base is absolutely dedicated, with the average user spending a staggering 21.5 hours per month in 2020.

Although Snapchat may not be the most talked about trending network anecdotally, the platform experienced significant growth in 2020.

To that point, Snapchat remained U.S. teens’ network of choice over TikTok and Instagram in 2020, with 34% of teenage users describing it as their preferred platform.

Even if you aren’t active on Snapchat, it’s a prime place for trendspotting among younger users.

Similar to TikTok, Snapchat also has a highly engaged user base who manage to open the app 30 times per day on average.

It tends to be the younger generations who finds and shares with peer groups the early stage coolest products/services to use on the internet because that is their world reality.

Its how they are growing up so if you want to get behind the next 'Unicorn' then keep looking and listening to those trends.

Oh, and if you want to find something to use for free, go find a Gen Z!

As the internet continues to weave its way into everything we do, see, touch and play, then like 'electricity' it becomes pervasive, and these are the generations who are growing up with stuff that you might think is the new fire, but for them it's just expected and demanded.

So, as these cheeky Gen Z's and Millenials are finding their way into the workplace and are also becoming the 'internal GO TO influencer' and possible future "Change Makers" for organisations are you looking at them as a way to turbo charge your growth, or are they are already disrupting you?

The reality is that all this is happening today, not tomorrow, and its already having a huge impact on traditional buying habits and behaviours.

Chances are that the guys who really understand the power and benefits of connecting with folks on social media are already going to kill off your business, not because they are the next new shiny start up, but because to them social media is part of their everyday lives.

They are already the go to 'internal influencers', so when the 'leadership team need info on the product or service they are thinking about buying, who do you think they turn to for the initial research, and more importantly where do you think they go to get that information?

Certainly not your website, or corporate brochure that's for sure!

We know that Gen Z and Millennials aren’t using the same social media platforms. Gen Z’s use of Snapchat, and, yes, TikTok far outpaces Millennials’, and the older generation is far more likely to be using Facebook, as well as messaging apps like WhatsApp. But it’s not just their choice of social media platforms that differs, it’s what they’re doing on those platforms that’s separating them as well. 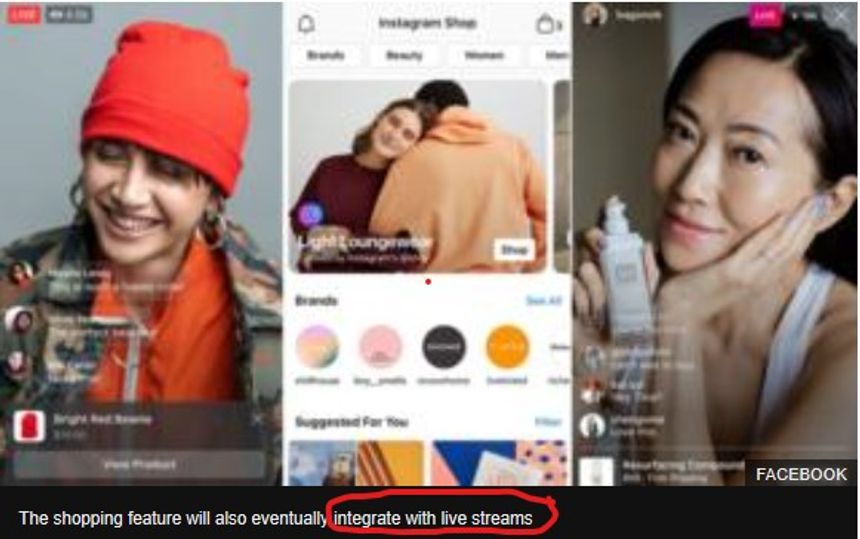