I came across this rather interesting story from the BBC (link below) that says online fashion retailers tend to post racier images than their offline physical retail counterparts.

The findings come as the Advertising Standards Authority (ASA) banned adverts from Missguided and Boohoo.

The ASA said the Missguided advert featured "highly sexualised" images and "objectified women", while it told Boohoo to make sure its advertising was "socially responsible".

Online-only sites may have racier content because they use social influencers to promote their clothes, suggests Lexie Carbone, who works for Later - a US company which advises businesses on how best to use the photo-sharing app Instagram.

She says brands invite influencers to formal photo shoots, and these produce a different kind of picture, more reflective of different body shapes and skin-tones, but also potentially in more provocative poses.

What do you think, racy, or relevant?

"For the audience to be able to look at that influencer and imagine themselves in that outfit and kind of aspire to be living that life, it's really captured in a different way than maybe a still traditional model pose." 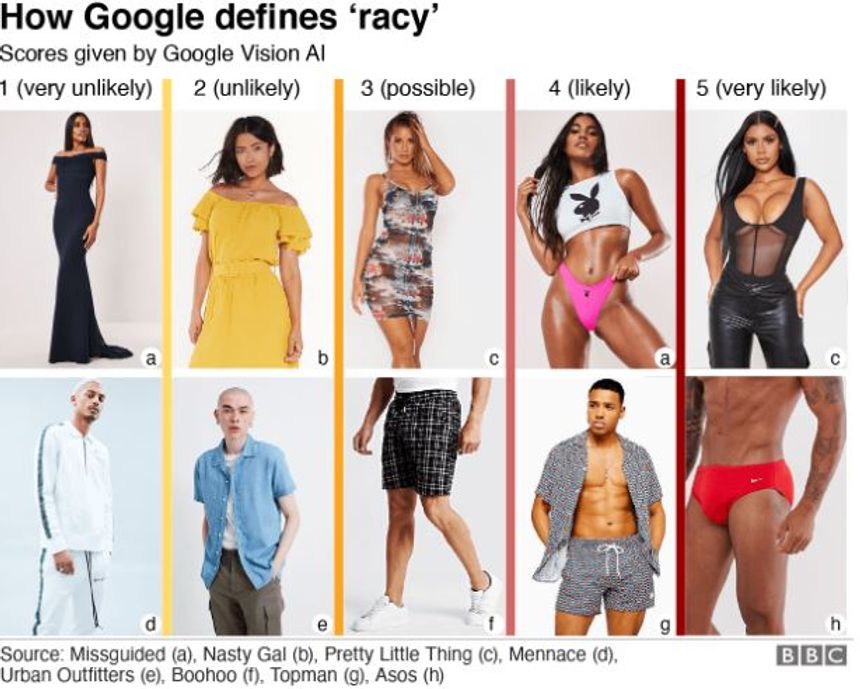