If your company got 40k of your followers engaging with just one of your post I guess you would be delighted?

If you got circa 1m people who have 'liked' your post that included a paid 'celebrity' influencer, my guess is you would also be delighted?

But what if your total follower count was in excess of 10 Million, and your engagement rates were in rapid decline, would you now be as impressed?

Assuming 'engagement' is the key metric, and not reach then you just need to do the math and work out what your 'engagement rate' is, watch to see if its increasing or declining and include it as part of the daily KPI's for your social media reporting, as a marketeer you would do this in order you can better understand the real value of future 'paid' campaigns.

To do this with some degree of integrity you need to also analyse native post compared to sponsored post e.g. the key differentiation being that in order for you gain wider 'reach' requires you to perform a 'paid promotion' to reach people who don't already know you, a sponsored post will inevitably give you reach but will also suppress your engagement rates for the simple reason you're paying to 'reach' people who don't yet know who you are, whereas a native post is aimed directly at those people already part of your tribe, or followers as they are often called, and they should already be 'active' and engaging with you. 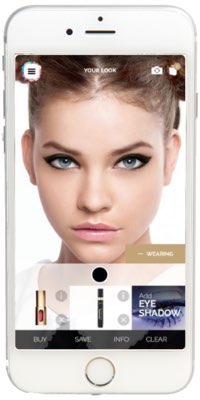 I also believe that for that analysis to be robust you would need to define the term 'engagement', which means if you're including 'like's as part of your KPI's, are you able to match those 'likes' to an increase in followers, and associated engagement + sales?

Are you just measuring total comments, or out of those comments will you exclude any engagement about customer service, which will include operational questions like 'where's my order', or 'I'm waiting for my refund', which based on the research I carried out seems to dominate most B2C brands 'comments' operating on InstaGlam.

You might be asking yourself "why do I need to be doing any of this, after all it's just brand marketing isn't it, I just need to get our message out there, and if we can gain some more 'likes' and followers then surely that's mission accomplished"?

Every prospect, every customer is on a different part of their journey with your brand, so if you have high engagement rates about poor Customer Service, and lots of negative comments about product/service quality then surely this is counter productive to driving 'paid campaigns' to gain new followers, and hopefully new customers - unless you have a 'spray and pray' mindset that is.

But, if you've actively worked to 'earn' (listen and engage) your followers, and you get positive engagement your not only extending your reach via those individuals social networks, you've also added many thousands of virtual customer service people who can answer those negative comments on your behalf, because they're the strongest advocates of what you do.

lets say your reach and followers has increased via paid promotions, but your engagement levels have dropped (probably will have) that's a pretty key metric to monitor, because your spending budget to flatter yourself, your team, and your company, whereas if you have taken the time to 'earn' a follower (and measure them separately), and can increase your engagement rates with positive comments (excluding CS queries) then you can start to recognise, and leverage the true value of your brand equity.

Why, because these are people who you can really call 'part of your tribe', these are people at different stages of the brand journey with you, and if you can increase positive engagement (2 way process BTW) you will better understand how to serve them, build trust, and help them to become key advocates of your brand - they will then be more than happy to 'promote' you to their own peer group, who in turn will take a closer look at who you are, and what you do, which in turn reduces your reliance on 'paid media' which means your ROI starts to go through the ceiling, and your the biggest hero in your company.

So when I read the article (link below) about how engagement rates on Instagram have started to fall compared to where they were 3 years ago a number of things jump out at me;

There is no silver bullet to growing and building trust, particularly on social media, no amount of 'marketing spend' will do it, I know I've been just as guilty in the past, but being on a social platform means being 'social first', so when virtually every post (paid or otherwise) is about you, your products, and how wonderful you are, and not about me, sure you might get a slight temporary move of the sales dial, but where's the repeat business, where's the advocacy from your loyal tribe?.

The bad news is that engagement rates for influencer content are declining as Instagram feeds get cluttered with sponsored posts. While influencers with more than 10,000 followers may help to reach a broader audience, marketers may see better engagement by working with multiple