The merging of commerce and content continues with a few interesting innovations.

Those that have worked out that we all prefer to enjoy fun, engaging, and sometimes car crash TV (MissGuided) about the retail sector are pioneering the way forward.

I came across this article from on 'Digiday' which  tells us about 'Shopify' and their ambitions in the TV content space. (link below)

Formed in January 2019, Shopify Studios is focused on developing and producing unscripted shows and films to air on TV networks and streaming services. Among the projects in the works is a feature-length documentary that will not feature Shopify’s brand nor any merchants that use its e-commerce platform, North said. One sign of how much of Shopify Studios’ work is marketing would be whether the studio is organized within the company’s marketing department.

On Aug. 18, Shopify’s production arm Shopify Studios debuted its first TV show, an eight-episode reality series called “I Quit” that follows individuals who have quit their jobs to start their own businesses and will air on Discovery.

In my opinion the future of streaming content is inevitably going commerce.

Shopify are one of those companies who do a much better job than most helping to leverage those young start-ups to get a business going right from their kitchen.

They really do get the 'social media' entrepreneur and recognise that 'social commerce' is not a fad - its the future.

By leveraging the millions of 'work from home' people with their lofty entrepreneurial ambitions prior to this crisis, they are now on course to supercharge the model as more and more people are either furloughed, preparing for redundancy, or have already created that replacement income stream.

Take a look at 'Amazon Prime' model and you will see it's already happening, mainly because of the acquisition of IMDB a few years ago combined with having one of the biggest shopping catalogues in the world.

Netflix, Disney+, Sky and others are also operating in the streaming media sector but none of them have the functionality and user-friendly user experience to help deliver the same value we have just described about Amazon so they, like many others must rely on a subscription or advertising based model for revenues.

The company that delivers (or partners) this in a seamless manner will no doubt be in a position to take on the mighty unstoppable 'Amazon' and move the commerce from content dial further forwards.

If you're reading this  'Shopify' leaders I would like to talk to you about taking on the mighty Amazon with our unique content delivery platform.

Think 'Prime' but without the 'Amazon' bit!

Shopify believes “I Quit” and other shows and movies it produces will ultimately benefit its core e-commerce business by drawing attention to the businesses powering the burgeoning direct-to-consumer retail industry. 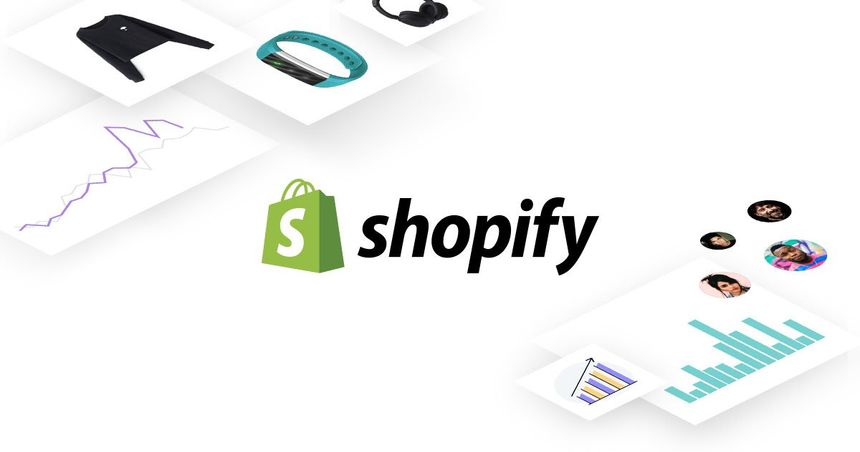