I was watching the Japanese Prix this weekend and it was great to see Hamilton and Vettel going toe to toe. Mercedes vs Ferrari in terms of technical expertise and strategy. Watching the pit crews in action, the drivers and their incredibly complicated steering wheels where it seems you need a degree in data science to work the thing. This got me thinking that sales in the modern era is following a similar journey to that of Formula 1.

In the Moss, Fangio, Surtees era of the 60s & 70s. Formula 1 was a raw and brutal sport. The cars were similar, one tank of fuel, one set of tires and a small pit crew and support team. No radios, computers or strategy – it was a straight-out dog fight, may the best man win.  It was pretty much all down to the driver – yes the cars played a part for sure, but it was a true test of pure racing skill and how much risk they were prepared to take – which sometimes ended up being fatal for some.

Sales back in the day was similar – all you had was the phone, some form of marketing support, basic marketing strategy, but it was down to skill and hard work using the phone to get the meetings and win the deals.

Fast forward to Formula 1 of today, with Hamilton, Vettel and Verstappen and it has transformed completely – it does not resemble anything like it did back in the 60s & 70s. There are completely new circuits, some of the older circuits have been modified. The cars themselves are at the bleeding edge of technology and design. They are living machines, tuned to operate at the maximum of their mechanical and technical capability, within tiny operating margins before things can go wrong. They are literally hooked up on computer life support machines in the garages. The drivers now have so much more to worry about, let alone just driving the car. And then there is the data. Races can be won and lost on how the strategy team interprets the data which is churned out by the second – so is it the driver or the interpretation of the data that is now winning the race? Some may argue it is the strategy teams - I believe it is both working together.

Sales is going through this transformation today and the role of the sales person needs to catch up. They need to surround themselves with a support team - marketing, product support, legal, IT, HR to help them achieve their goals. The support team need to work as one to help the sales person achieve their goals. Sales people have to want to use all the technology available to them today to help them achieve success. Their marketing teams have to be providing them with data on what their prospects and clients are doing; and the sales person then needs to understand what to do with it, how it interpret it, to steer their sales strategies - which will be different on each sale – think of the different race tracks – and they need to be able to do this in near real time, much like a racing driver has to.

Welcome to a world of Formula 1 selling

These are laps that make the jaw drop, that generate awe and admiration, even among his rivals. But they are not just down to Hamilton alone. A qualifying lap is the culmination of all the work an F1 team puts into the weekend, and the driver could not do it without the people behind him. 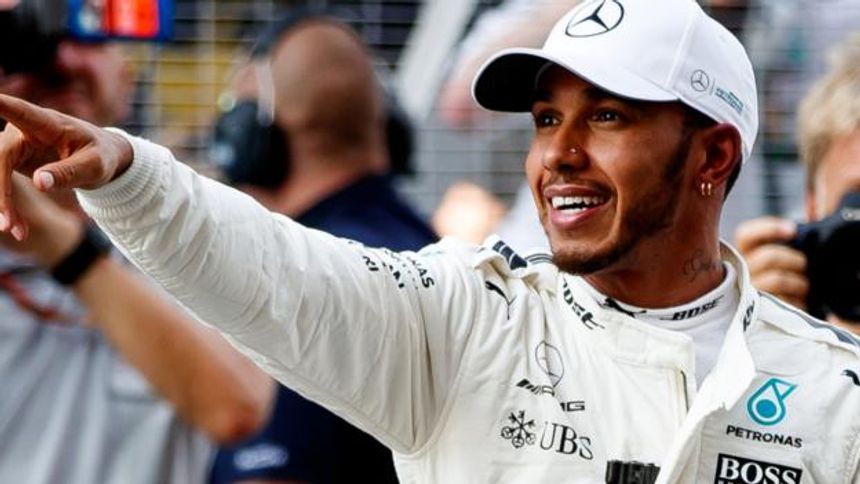 A long read: @LewisHamilton, @MercedesAMGF1 and the art of qualifying https://t.co/uXFkazSoSC

The 'fine art' of grand prix qualifying - which Lewis Hamilton has made his own.
➡️ https://t.co/E9t2OD2mR5 pic.twitter.com/TUKVoeTvHx

Whether you like him or not, Hamilton's record means he is one of, if not the, greatest F1 driver of all time https://t.co/rI4FhA1o8F

1 of the best write ups ever I read about the talent of #Formula1 @LewisHamilton fine art of grand prix qualifying https://t.co/MR4nFLz5t3