This is a great article (see at the end of my write up below). Although the headline is hugely misleading. No, AI can't write a play by itself. Far from it.

But the full report does illustrate the 'AI ceiling', or the threshold beyond which the technology fails to make an impression on the arts. Except perhaps as a novelty, or possibly in the generation of inspiring one-liners or brief melodies.

As one of the producers says, "We also still need to ensure that the generated script is coherent and does not repeat or contradict itself, does not introduce new random characters too often, as well as minor but funny things such as preventing cases where a character leaves the scene but continues to speak,".

At the moment the team is using GPT-2 to generate one line of the script at a time. As I've mentioned in previous articles, even the latest iteration, GPT-3, can only generate one paragraph of an article before it veers off track (what AI pundits like to call 'hullucinating').

Elsewhere there are some great points about the importance of training GPT-2 with texts from a specific genre. In this case, the team started off using just an 'off the shelf' version of GPT-2.

When that wasn't entirely successful, they retrained it using a corpus of existing English language scripts. However, they also stressed the cost barriers that prevent a relatively low-income industry from getting the full benefits of machine learning:

"We can thus make use of the great large GPT-2 model trained for a very long time on very large texts, which we could not afford ourselves to train on our hardware, as only the largest tech companies can train such models nowadays."

As I've said before, AI has a role to play in the arts, although we haven't quite worked out the difference between novelty and genuine utility. One thing for certain, however, is that a robot isn't going to write an entire play, song or novel by itself any time soon.

"We also explicitly work with the human-in-the-loop concept," Rosa said. "Basically, all computer-generated 'art' (if we want to call it so) is touched and retouched by humans in some way, but often this is not very transparent. In our work, we are trying to be very explicit on what the machine does and what a human does, making their cooperation an integral part of the system design, not a post-hoc fix." 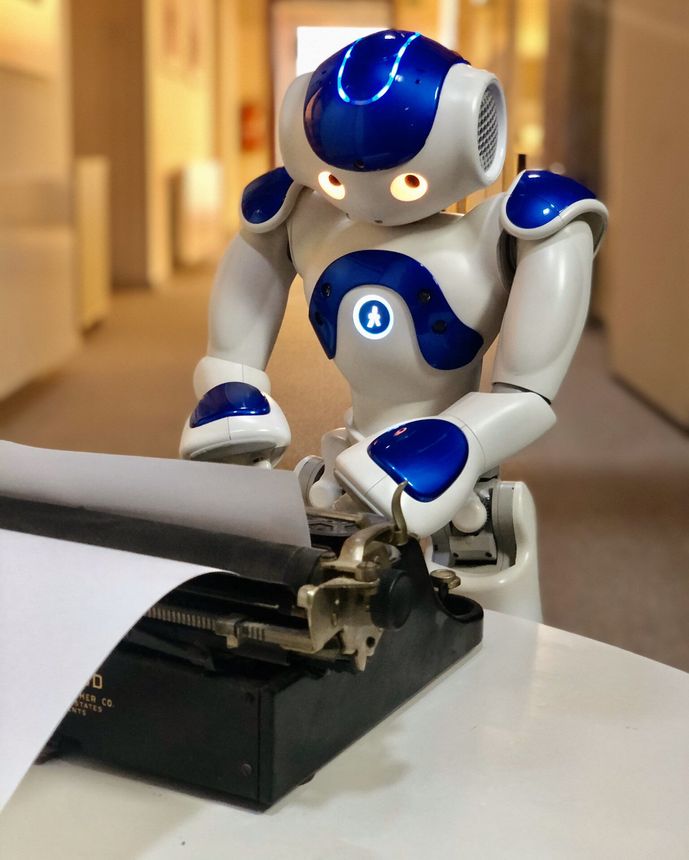