I started writing this article with the line, 'blame the intern.' In my head I could see the usual set up. Intern hired to manage social media accounts. Comes up with the idea of auto-generating Twitter user names on the back of football shirts. What could possibly go wrong?

Pretty much everything, for Arsenal, who ended up with offensive Twitter names pegged to the back of their new line of tops for a good few hours or so before the mistake was caught. In the age of 'kick it out', this was not a good look - by any stretch of the imagination.

Thinking again, I came to a different conclusion. For all the faults in execution, this is a pretty sophisticated campaign.

I just think it unlikely that it could be launched without the assistance of a digital designer and other marketing experts.

A far more likely scenario is that someone else came up with the idea in marketing, because, hey, we're all social media experts today, right? I even believe that the intern could have anticipated the controversy here.

And here's the problem. It's not just whether or not an intern or another junior member of staff owns the social media channel.

Actually, most of them know their stuff, at least the ones I've met. And all of them would have seen the flaw in this plan.

It's more to do with authority. And communicating truth to power - or at least to someone more senior who comes up with a hare-brained concept like this one.

So, by all means hire junior people for your marketing teams. But give them mentoring and coaching that protects them and the business.

And above all, train them how to communicate and manage upwards, especially in high-powered corporates and agencies.

I've no doubt there was someone bright, smart and young in the room when this idea was first aired. Perhaps if they'd had the confidence to speak up, Arsenal would have been spared their blushes.

The images of the offensive handles on Arsenal shirts were retweeted widely. The offensive tweets were posted from the @AdidasUK account late on Monday night and were still visible on Twitter through the early hours of the morning, but have since been removed. A spokesperson for Adidas said: “As part of our partnership launch with Arsenal we have been made aware of the abuse of a Twitter personalisation mechanic created to allow excited fans to get their name on the back of the new jersey. Due to a small minority creating offensive versions of this we have immediately turned off the functionality and the Twitter team will be investigating.” 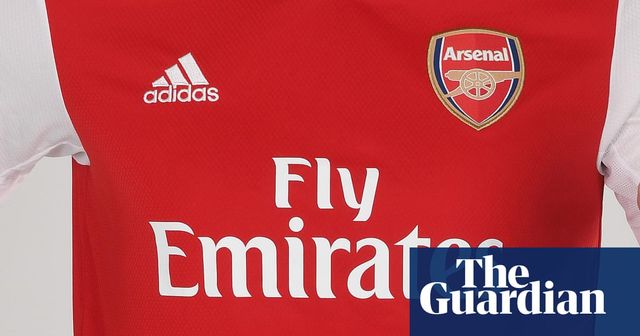