I recently wrote a blog the other week where I explained the way the world is right now.  The internet, mobile and social media are disruptors.  Where as 20 years ago we called up a company and asked for a brochure and hopefully it arrived in the post three days later, now we just go online and research.  We can do this any time of the day or night and the company that we might be researching don't know we are doing this.

We have had three CMOs come to us in the last few months and say "Marketing isn't working anymore".  If three are brave enough to say it, then think of the people that are thinking it?

These CMOs went onto tell us that advertising doesn't work anymore, email marketing died on the 25th May when GDPR came into law.  Events don't work any more and cold calling hasn't worked for a long time.  I recalled this in a blog and a comment I got was "totally agree with this 100%".  Which meant (obviously) that the person leaving the comment totally agreed.

But they went onto say that these are marketing basics and you have to do the basics.

In other words this person was happy to spend his or her company money on campaigns which they knew would never generate anything for them.  Because it was the basics, even though the basics don't work!

We wonder how many other companies are doing this?  In a death spiral and not knowing how to get out of it.

I was told about a major IT company that has announced their new demand generation strategy for the year.  It's cold calling people and as there is a "fact" that you have to touch a person 6 times before they are aware of you, they will touch everybody 8 times.  Just to make sure I guess.

Can you believe it? I write this towards the end of 2018 and the "best" idea is to keep calling people and emailing people?

Xerox invented most of the technologies that we use in personal computing today. But Xerox is not one of the largest computing companies in the world today. Kodak invented the digital camera and still filed for bankruptcy in 2012. Nokia was one of the pioneers of the smartphone and still lost significant market share to the iPhone. 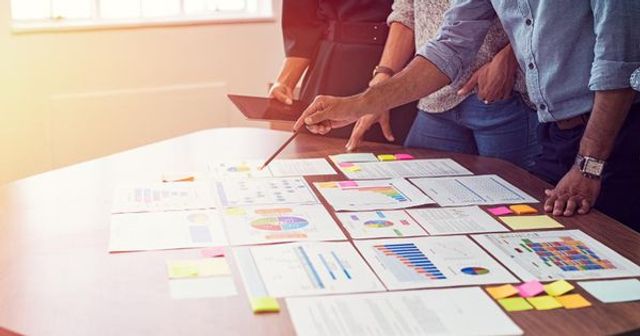