I've just got off a telephone call where the conversation was about digital transformation and I was looking for insight about how a company was going to do things differently.  How were they going to grasp the amazing opportunity that digital, mobile and the internet would provide to them?

But no, the answer I got ..... I picked out words like "Azure" "handhelds" and "ecosystem".  Nobody told me how they business was going to be "better", more "efficient" and more "effective".

The conversation was also about "they have to do it as the tech they have right now isn't supported anymore".

If companies digitally transformed it would transform society.

The digital awareness of every one of us would be transformed.

People would realise you don't need a third runway at Heathrow, you can do the work from home with a Mac / PC and some conference call software.

I was very lucky (it would seem) to have worked for an digitally literate VP at my previous company we:-

1. Got sales people contributing 6 weeks faster than they did before.

2.  Got maternity returner contributing in days (hours actually) rather than weeks.

5.  We didn't eliminate meetings but I have halved meeting times.

6.  We worked out which salespeople were contributing and which ones were not.

7.  We might have sold something too, but this isn't about sales.

Through the use of social internally we transformed the business ... not via crypto-currency, IOT, Cloud, SaaS.

It's time to see digital as a way of transforming lives.  Transforming society and transforming business.  It is not about tech and IT change.

As the digital era continues to mature and evolve, the questions that keep C-suite executives up at night are: Are they keeping pace, let alone ahead of the game? Or will they get left in the digital dust? After all, companies and industries have taken different routes in the digital era. The tech industry has obviously been ground zero for digital innovation. Other industries, such as healthcare and energy—as well as government—have been much slower to embrace the digital era. 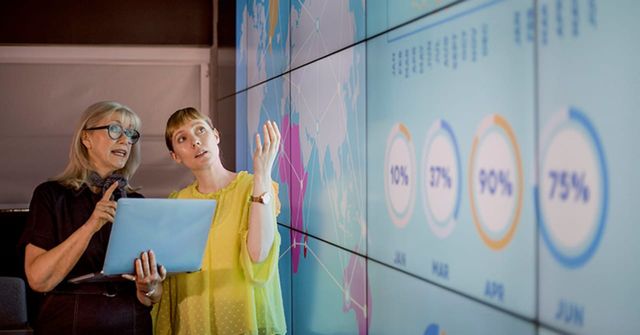