A brief history of Marketing to date.  In the 1930s there was advertising and (of course) nobody has access to the internet the only way you got information about products and services was big brands telling you about them in newspapers and magazines.  Life pretty much amounted to, the more you spent on advertising the more you sold.

When I first started selling we sent postage, mail shots (again before the internet and before email).  Then over time email started being used.  When I was a graduate the email we used in the computer firm I worked at was a bit like an Amazon Echo today.  We couldn't send emails to people outside of the company as nobody had email addresses.  We were told it wouldn't catch on.  Why?  You had to have a paper copy of anything for it to be legal.  I have a friend who did a business case for a company to buy email and they agreed not to move ahead as it wasn't cost effective and would be "just a flash in the pan".

The moment email became more acceptable. Us salespeople were able to switch from posting letters and send emails.  The business case was simple, emails cost a fraction and you didn't have postage.

In the 1990s email marketing worked as you opened ever email.  Now you don't.  You scan your inbox and work out which ones to open.  I run the business on social, so I know the emails will either be spam or an external company.  Anybody in sales and marketing know there is a whole industry around using manipulation to try and increase open rate.  There is nothing like starting a relationship by being untruthful!  Said nobody!

As time went by, email marketing became noise.  All emails, newsletters said the same thing, just trying to sell you stuff.  I tried to unsubscribe myself from most things as it was just clutter.

As email marketers the ability to sell got more difficult.  Enter marketing automation.  Here is a tool, a Gatling Gun for email.  Email open rates go down?  Simple just fire out more emails.  The only people I know that tell me that they get a good response from email marketing are people who sell email marketing.

GDPR was a god send, now when people email out of the blue, I'm able to invoke my right to remain forgotten.  We all remember how we approached the 25th May, all the emails asking us to re-subscribe.

For me, the emails from companies seem to have completely dried up (thankfully).

So where do we go now as brands?

Go to where are prospects and clients are, on social media.

According to a CNBC report, people—Americans, especially—aren’t opening GDPR related emails. Digital marketing agency Huge told the publication that nearly two in five Americans have completely ignored the emails. Another firm, PostUp, said just 25 to 30 percent of people globally view the emails, including just 15 to 20 percent of people in the US. That probably doesn’t sound out of line with the overall open rate for unsolicited emails—MailChimp estimates about 20 percent of all marketing emails get opened—but in this instance, the lack of interaction is particularly harmful to email marketers because of one of the many new requirements found in the EU’s new rules. 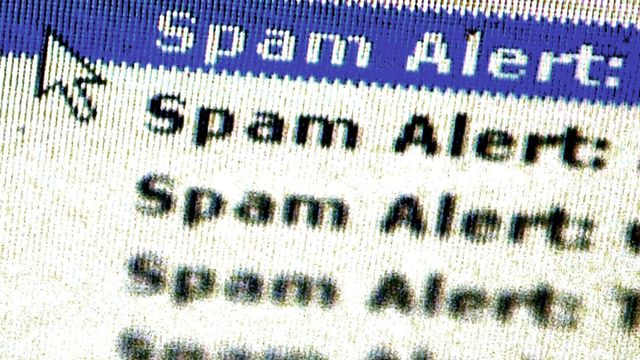 Will Social Media Ever Rule the Internet?
Tim Hughes

How to Drive Engagement through Sales Navigator
Alexander Low

What can M&S, John Lewis, Debenhams and others learn from employee ideas that generate revenues?.
Stephen Sumner

What to do when Google stop you tracking me with Cookies?
Stephen Sumner
repost  cancel