If you aren’t an exceptional brand, a top influencer, or the current occupant of the White House, then I hate to be the bearer of bad tidings. You’re lucky if .0035% of your Fans and Followers even sees your post or tweet these days.

Every company I've ever worked with in the so called modern age has deployed Facebook marketing as a medium to gain reach, sometimes this is ran in-house, sometimes by 'the agency', and as with all media spend it needs to be reported on by the budget holder and respective team - but today those metrics you're reporting are nothing other than vanity, aimed at justifying you're doing a great job, and keeping the people in the C-Suite as much in the dark as they've always been.

Lets be honest with ourselves......

Social is measured by real time company wide visible tangible metrics, and based upon how you're building relationships, not numbers. You'll know if your building relationships (not numbers) because you'll see engagement (positive or negative) and this can only be done with authenticity in how you go about your social media strategy.

Along with the usual obvious intrusive adverts ran by brands and companies a number of the smarter ones looked to develop 'content led' campaigns with the objective to reduce media spend, and not come across as too 'corporate' - that doesn't work either, you and me can smell an ad dressed up as something else every time.

We all know about the recent trials and tribulations poor Zuck has had to endure due to misuse of personal data, fake news etc, so they've been coerced into changing the algorithm to mimic what a social network was all about in the first place which is 'engagement'.

Back then, an average of 1,500 stories could appear in a person’s News Feed each time they logged onto Facebook. Of those 1,500 stories, News Feed displayed 300.

And that was five years ago.

Since then, organic reach has plummeted like a wounded bird.

That was before algorithm update known as the “Facebook Apocalypse” hit in January 2018, prompting Adam Mosseri, the Head of News Feed for Facebook, to publicly explain:

“Today we use signals like how many people react to, comment on or share posts to determine how high they appear in News Feed. With this update, we will also prioritize posts that spark conversations and meaningful interactions between people. To do this, we will predict which posts you might want to interact with your friends about, and show these posts higher in feed. These are posts that inspire back-and-forth discussion in the comments and posts that you might want to share and react to – whether that’s a post from a friend seeking advice, a friend asking for recommendations for a trip, or a news article or video prompting lots of discussion.”

He goes on to say;

“Because space in News Feed is limited, showing more posts from friends and family and updates that spark conversation means we’ll show less public content, including videos and other posts from publishers or businesses.”

So just what is a company to do who still want to maintain a front of mind approach on social media, is it to continue to increase media spend, gifting 70% of each dollar to fraudsters, working out how many of those digital intrusions are being blocked, or is it to take a different approach and look at what actually drives tangible engagement?

So many companies today under estimate the 'Superpower' with employee advocacy, for years the 'brand police' have been in charge whose message is also turning us all off in our millions.

If you continue to use them in your own reports, then you are no better than the frauds, quacks, and charlatans who used to sell “snake oil” as a cure-all elixir for many kinds of physiological problems.That said, I am still surprised to find how many marketing managers are still tracking Facebook Fans and Followers. They mistakenly think that reporting these metrics make their social media activities look good to marketing executives, who are still struggling with selecting the right metrics to use as key performance indicators (KPIs). 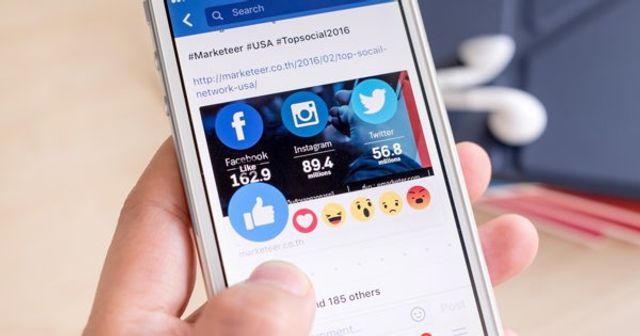