I recently connected on 'Linkedin' to a guy called 'Jim Smith' who is CEO of a US based company that 'listens' to employees on behalf of the CEO and the rest of the leadership team.

His business is called upon by CEO's looking to cut cost, yet Jim and his team aren't the 'cost cutters' (link below) it seems that it's the existing employees who are the ones coming up with, and implementing the ideas.

His company does this by doing the one thing companies are really bad at - which is really 'listening' to their employees.

But this is this just an internalised way of thinking, what about something that's just as important  which is listening to prospects and customers?.

To be honest once I took time to better understand and appreciate more about his companies process I started to believe the hype around how a CEO can sponsor a ten-week employee engagement initiative, with employees delivering a sustainable $300 million SG&A reduction, $200 million capital reduction, and a $45 million inventory reduction.

So, good luck to Jim and his team as it seems as the saying 'a fool and his money is easily parted' is working for Jim's company.

Whilst I can see the value, particularly in relation to the timeline deliverable it just seems extremely ironic that for a CEO to have to engage a 3rd party company to come in and 'listen' to their employees is more of an indictment of previous poor leadership, shitty current culture, or the CEO needing an external company to be seen as the bad guys to do something his/her leadership team don't have the balls to deal with.

It's an 'internalised' view of a companies ability to think it's transforming by cost cutting, and one I have seen time after time - "nothing to see here, move on".

As a 'change management' consultant I'm often called into companies to help identify the key blockers to why a company's growth seems to have reached a plateau. I wont' bore you with my proven process but it certainly doesn't start with a cost cutting exercise.

Unfortunately I am sometimes called into a company a little too late and there is little than can be done. Mainly because these type of companies approach 'change' as a cost reduction project first, rather than looking at the objectives of the transformation, expected outcomes and key measurements for success, and it's long term sustainability.

We all know that when the shit on any cost saving project hits the fan it's always the best employees that clear off long before HR have been instructed by the leadership team to 'reduce the headcount'.

Without a doubt the social media landscape has already disrupted the traditional one sided buying process for many companies. Evidence from both Gartner and Forrestor tell us that circa 68% of due diligence has already been done on a company and it's employees prior to any direct contact being made, they also tell us that during that DD process there are circa 8-10 internal stakeholders.

And where do you think most of this DD is taking place?

Well, it certainly isn't the company website because that's what the company and it's corporate message wants us to read, it is in fact based on what they can evidence via your social footprint, this DD includes, you, your employees, and of course what others are saying about your company.

Employees of any company are without a doubt the greatest under utilised asset when it comes to social media.

This is because for many organisations 'social media' is simply a place for the marketing team to continue with the same 'advertise and promote' thinking that's already turning people off in their millions around the world.

In today's socially savvy, digitally connected world the company is no longer in charge of, or can control the message, no one is interested in the corporate bible, signed off by the brand police, and not even the people who wrote it read it, but for some reason they think that others will find it gripping, particularly if they still use social media as just a marketing tool to 'advertise and promote' themselves, or as a crisis management platform for when people are pissed off.

If organisations moved their thinking from the 'we know it all' ivory towers and adopted a genuine 'employee engagement' strategy underpinned by an up-skilled workforce with the right level of training and development around how to unleash all the 'Superpowers' that social media can bring to a company I'm pretty sure that change and transformation will be delivered over a much shorter time frame, it will bring with it a whole group of people who will also become a willing key part of that process, ultimately becoming huge advocates of the company and it's mission.

So when the sales funnel starts to dry up, the order book is looking even bleaker, your employees are leaving to join your competitor, and those same competitors who have invested in up-skilling their resource to unleash the transformational powers of social media are winning what used to be your business what will you do then - Oh yes, go and talk to Jim for another cost cutting exercise I guess?

There’s nothing more stressful for employees than an expense reduction initiative with the threat of layoffs hanging over their heads for months or even a year. 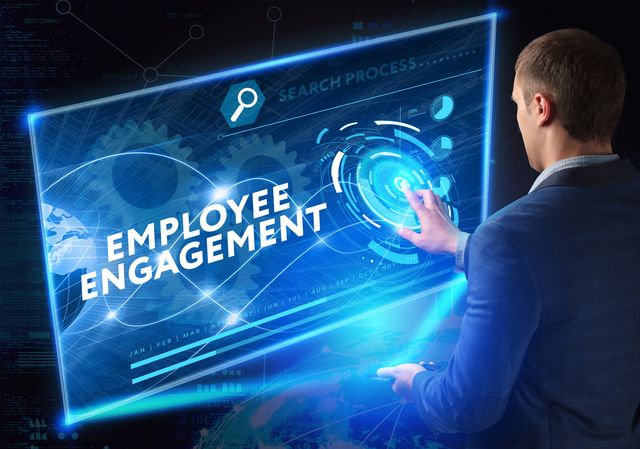 What can M&S, John Lewis, Debenhams and others learn from employee ideas that generate revenues?.
Stephen Sumner

What to do when Google stop you tracking me with Cookies?
Stephen Sumner

Can Retail Survive Amazon's ‘Free Returns’ or turn it to an advantage?
Stephen Sumner

You create the content and Google get the benefit - is that right?.
Stephen Sumner

Is This The beginning of the End of eCommerce?
Stephen Sumner
Recent posts from Digital Leadership Associates