Do you use a fitness tracker? Trying to hit 10,000 steps a day? No doubt you’ve seen dozens of articles in the past few months attacking the science (or lack of it) behind this goal. Here’s one from The Atlantic (below), which maintains that the original figure was concocted by a Japanese pedometer manufacturer in the 1960s.

Other writers are having a field day, using the story as a stick to beat marketing while calling it the biggest scam of this generation. No sure where that leaves credit backed securities (2008) and the Volkswagen emissions scandal (2015), but still, that’s the scale of the backlash we’re facing right now.

So why does 10,000 steps matter? Full disclosure, I work in marketing and I’m an exercise freak (long distance running). So this cluster of articles really grabbed my attention. But the more I read, the more annoyed I became. Here’s why.

Depending on your pace, it takes somewhere between 90 minutes and two hours to achieve 10,000 steps. That’s a lot of time in anyone’s day to set aside for exercise. You might get half-way to that number walking to the station in the morning or grabbing a thai-chicken wrap at lunchtime.  Put it another way, I ran 10 kilometres this morning and I’m still 1,500 steps away from my daily goal.

So yes, 10,000 steps is a zero sum game against your lazy self. Which means the only way you’re going to make that number is by changing your routine. Where are you going to find an extra hour? Give up Netflix? Subscribers spend 71 minutes a day on the platform. Social media? The average American spends about three hours a day on their phone.

(Alternatively get up an hour or so earlier. A cousin of mine hits the streets at 6am just to get in five miles of walking before he heads to the office).

Of course other forms of exercise are available. And daily exercise targets obviously depend of gender and age more than a nice round number. But when it comes to your long-term well being, changing habits is just as good for your body (and your mind) as the cardio workout you’ll get from hitting your targets.

One last point. If you’re seeking inspiration, walking is a fail-safe way of exercising the creative muscles in your brain. So if marketing is your game, put on your walking shoes, pick up a notebook and take heart. Your best ideas are just around the corner.

I-Min Lee, a professor of epidemiology at the Harvard University T. H. Chan School of Public Health and the lead author of a new study published this week in the Journal of the American Medical Association, began looking into the step rule because she was curious about where it came from. “It turns out the original basis for this 10,000-step guideline was really a marketing strategy,” she explains. “In 1965, a Japanese company was selling pedometers, and they gave it a name that, in Japanese, means ‘the 10,000-step meter.’” Based on conversations she’s had with Japanese researchers, Lee believes that name was chosen for the product because the character for “10,000” looks sort of like a man walking. As far as she knows, the actual health merits of that number have never been validated by research. 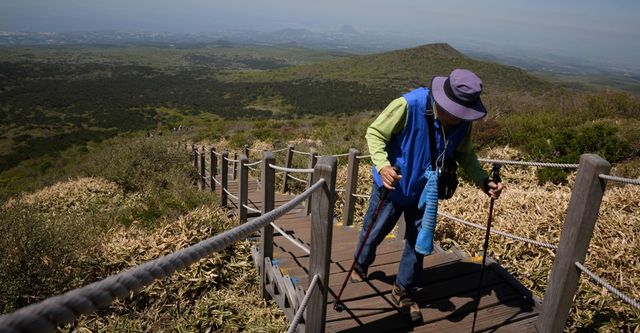